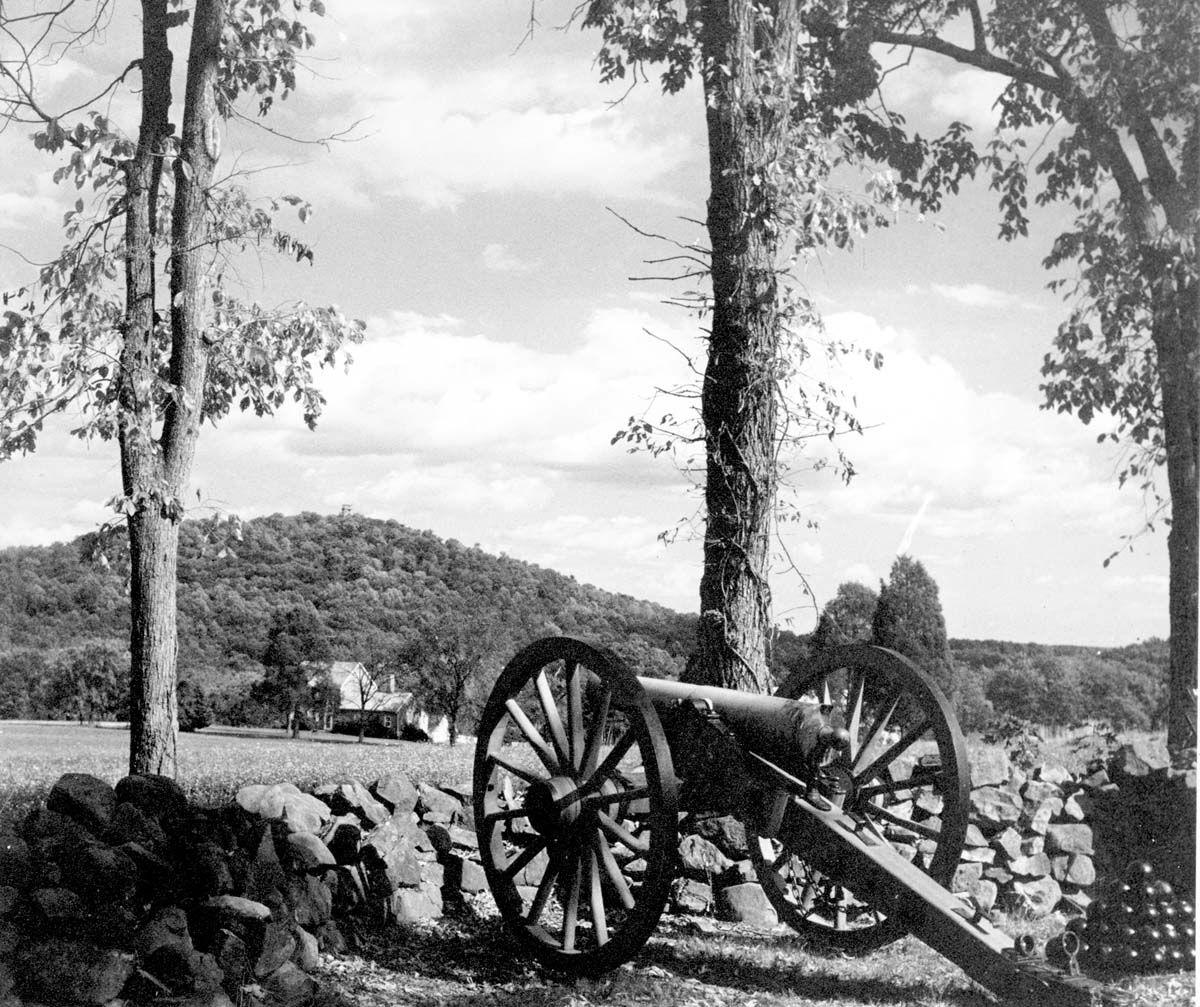 A silent cannon stands behind a stone wall on the Gettysburg Battlefield site outside Gettysburg, Pa., on Nov. 7, 1958. It is one of many guns which dot the battlefield to remind visitors of the battle that took place between the Union and Confederate soldiers in 1863 during the American Civil War. (AP Photo) 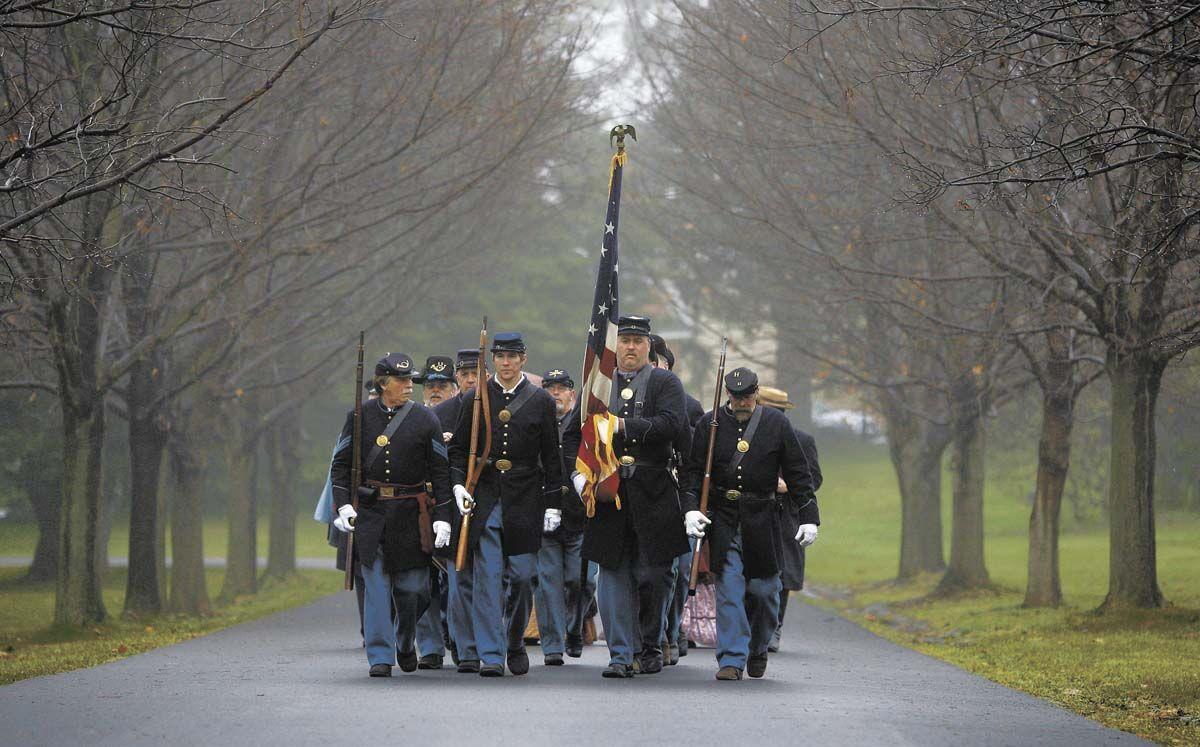 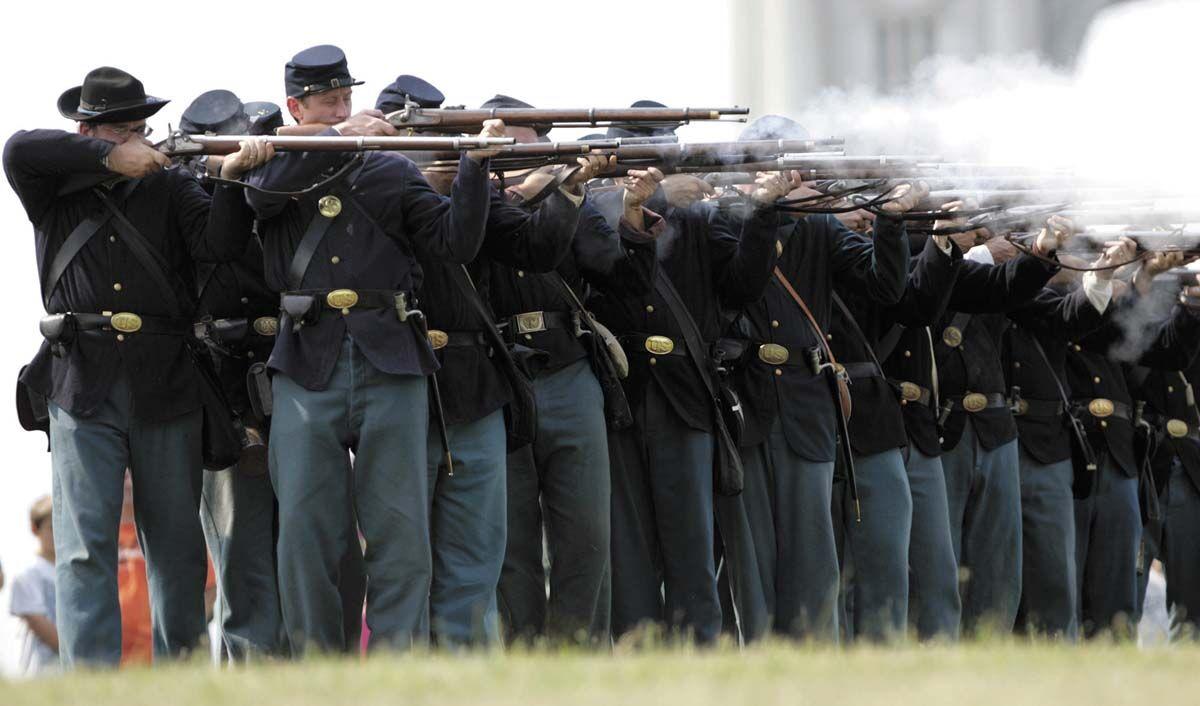 A silent cannon stands behind a stone wall on the Gettysburg Battlefield site outside Gettysburg, Pa., on Nov. 7, 1958. It is one of many guns which dot the battlefield to remind visitors of the battle that took place between the Union and Confederate soldiers in 1863 during the American Civil War. (AP Photo)

The name carries as much weight as any place burdened with the heavy weight of harrowing fate that happened to occur on its soil.

All deeply historic places consecrated by the red rivers of blood as men fought and died in service of the great tidal swaths of history.

With the great important of Gettysburg, it should be easy to write about its place in history.

What does that leave us?

It leaves us the experience of Gettysburg itself. Not from the vantage point of 158 years ago but today, walking among the hills and trails.

Standing where they stood.

Breathing the air, feeling the heavy weight of a humid Pennsylvania summer.

For a history buff, Gettysburg is a holy place. It’s the same for any true patriot.

Gettysburg marked the turning of the tide. It was the last real chance the South had to win independence, if it ever really had a chance to win at all. It marked the end of Gen. Robert E. Lee’s second invasion of the North and left the South so weakened that all that was really left to do was decide how and when it would end.

Gettysburg set in motion an array of cosmic tumblers that shaped the face of the national moving forward.

Without Gettysburg how much longer would the war have lasted?

Without Gettysburg could the south have won concessions? Would we be two countries or a dozen.

Without Gettysburg how much longer would slavery have lasted? Would Lincoln have survived to finish his second term. With Lincoln’s guiding hand, would reconstruction have happened differently?

This July 1-3, the Gettysburg National Park will be open in rememberance and celebration. There will be a wide variety of ranger-guided programs and hikes, culminating in the Battle Walk: “A Desperate Thing to Attempt” – Pickett’s Charge.

“Visitors are invited to follow in the footsteps of the Confederate soldiers that took part in Pickett’s Charge, the climactic moment of the Battle of Gettysburg. Who were the men that made this assault, what motivated them, and what did they experience in the fields between Seminary and Cemetery Ridge? Join Ranger Matt Atkinson and retrace the route of the most famous charge in American military history. This program involves significant hiking and walking occasionally over rough terrain. Water, headgear, sun protection, insect repellent, and comfortable, sturdy walking shoes are highly recommended.”

If you can’t make it in person this July, the National Park Service has a number of educational items online including a virtual tour, 3D tours and then and now pictures that help give a sense of what the terrain looked like when it was the most hellish place on Earth.