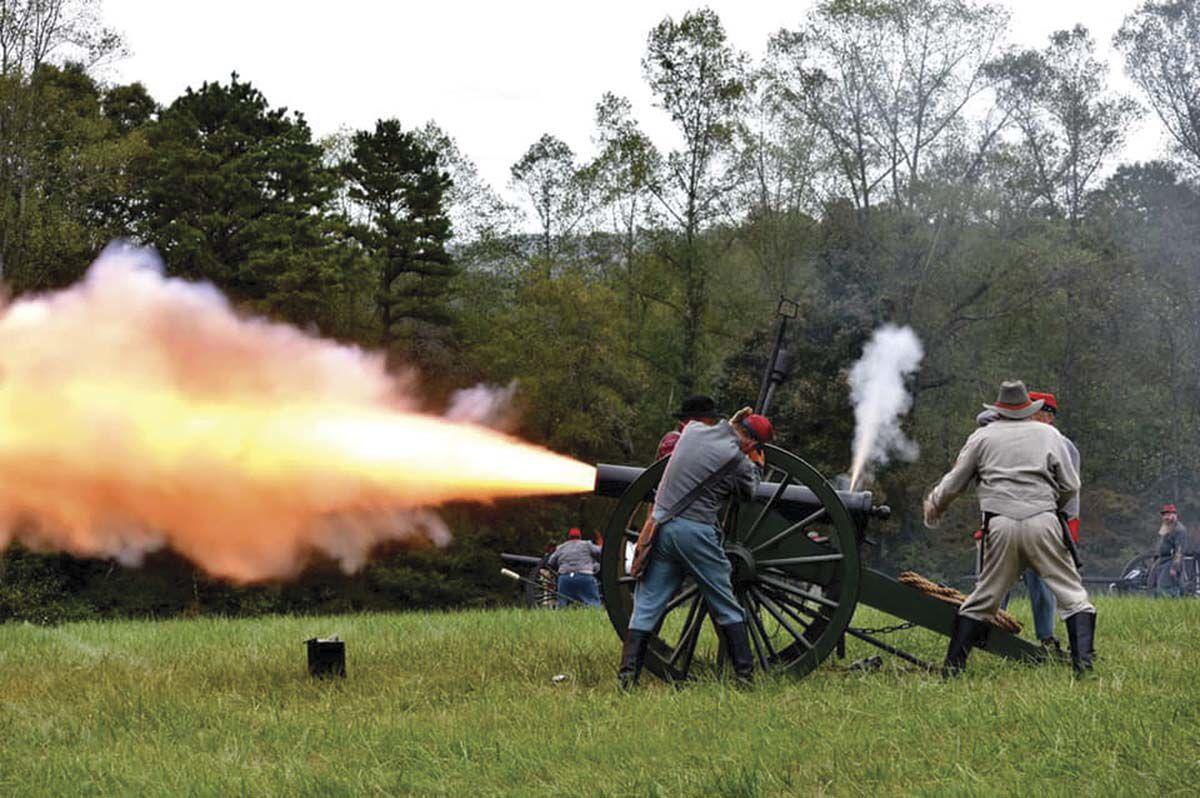 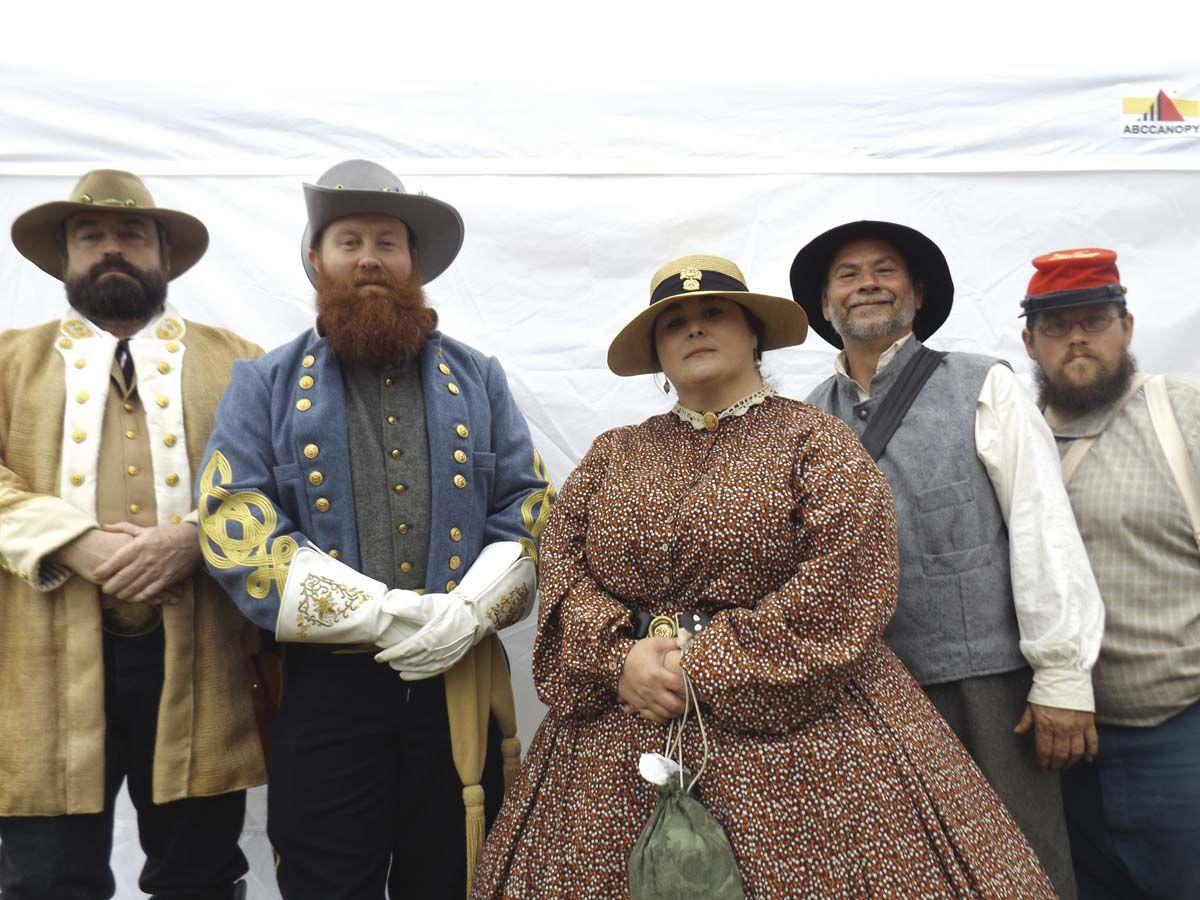 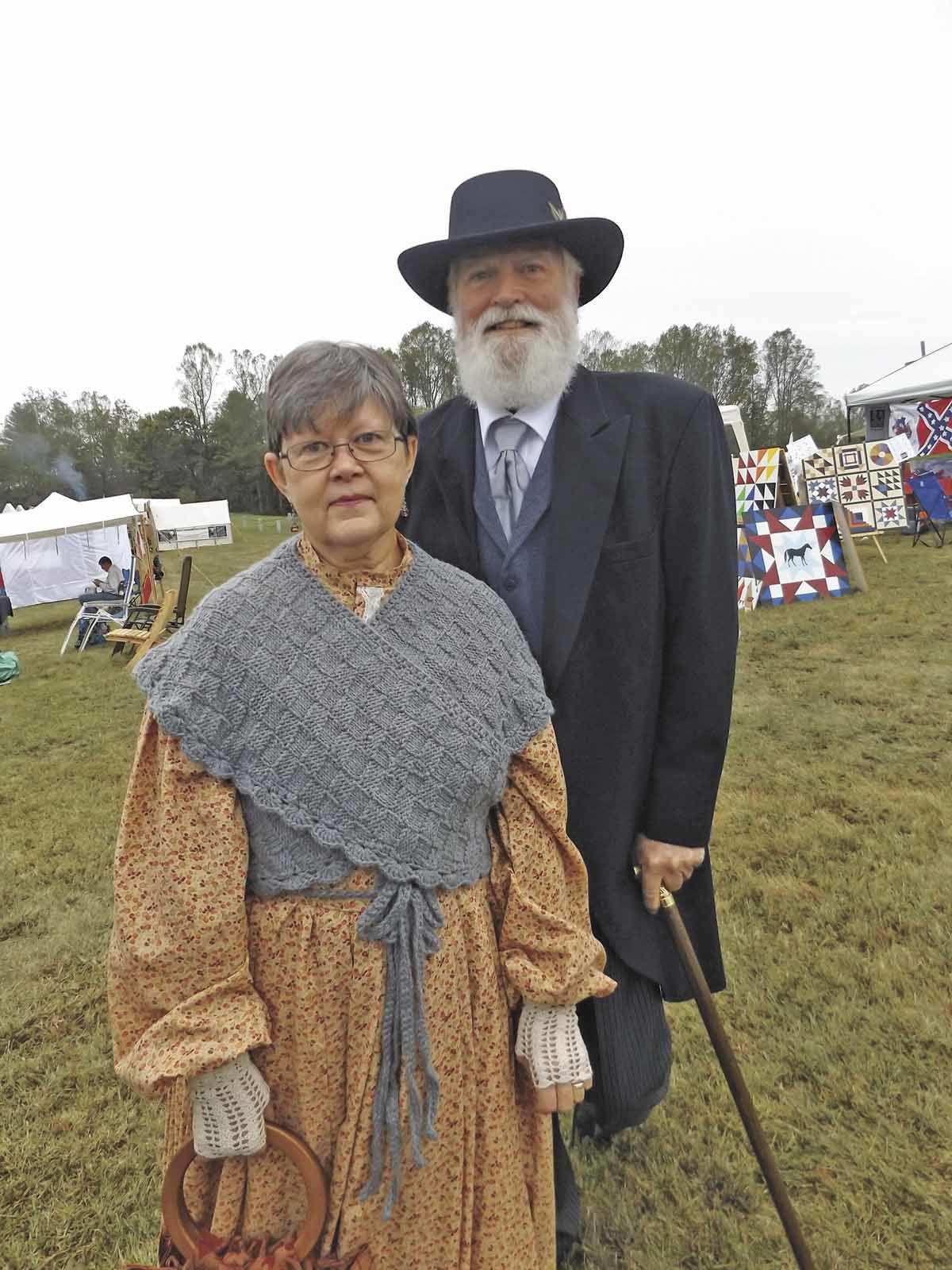 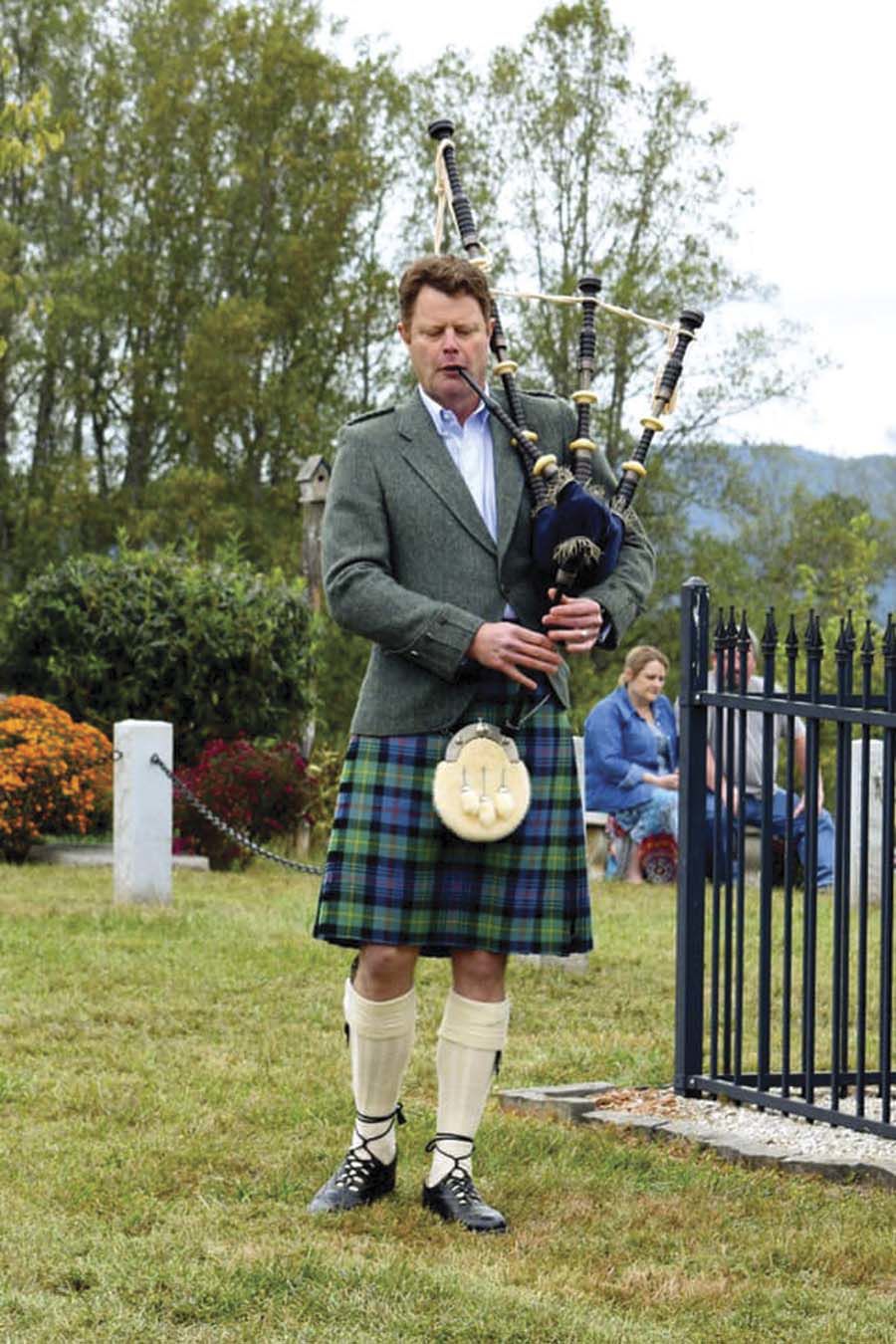 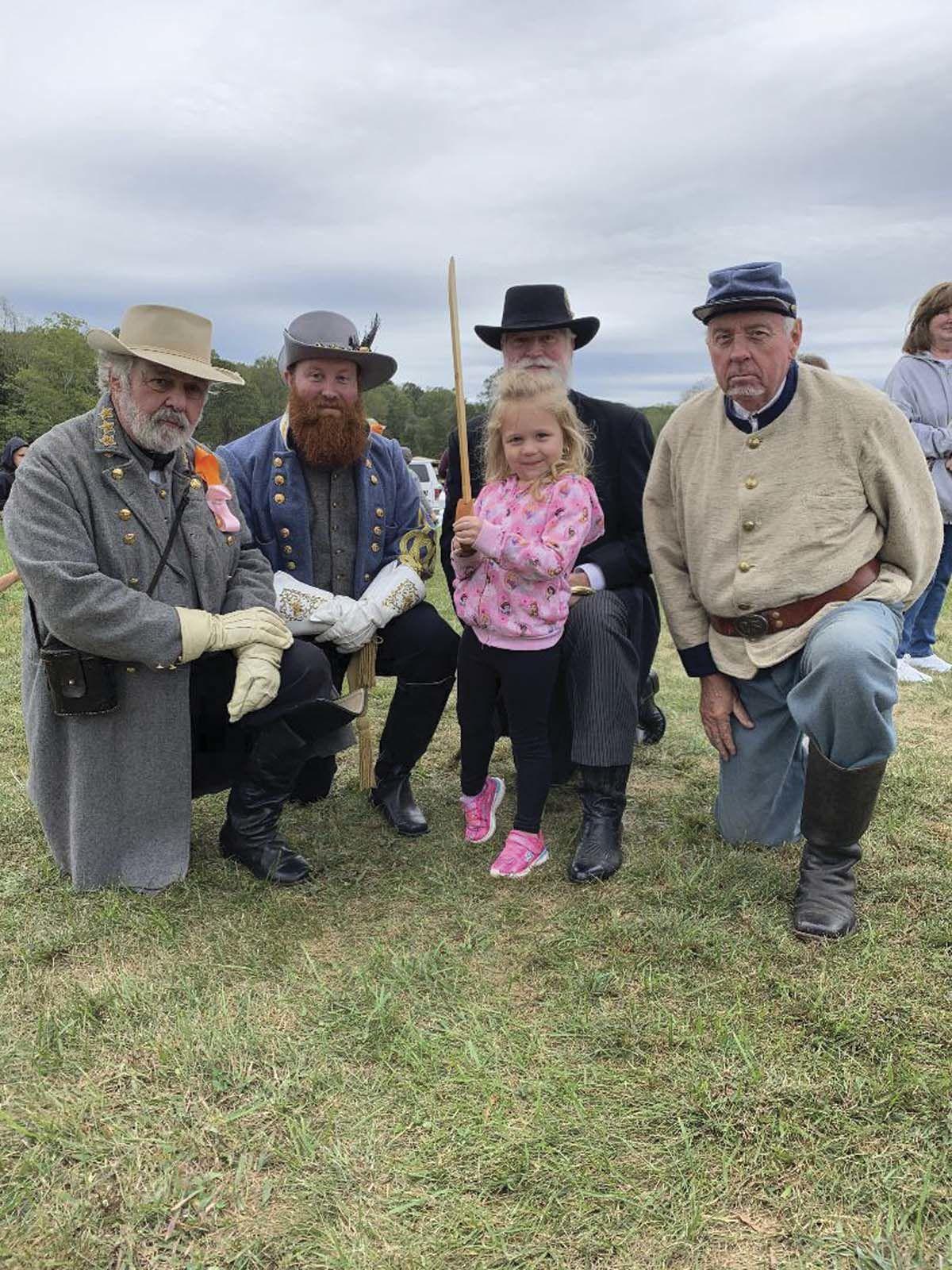 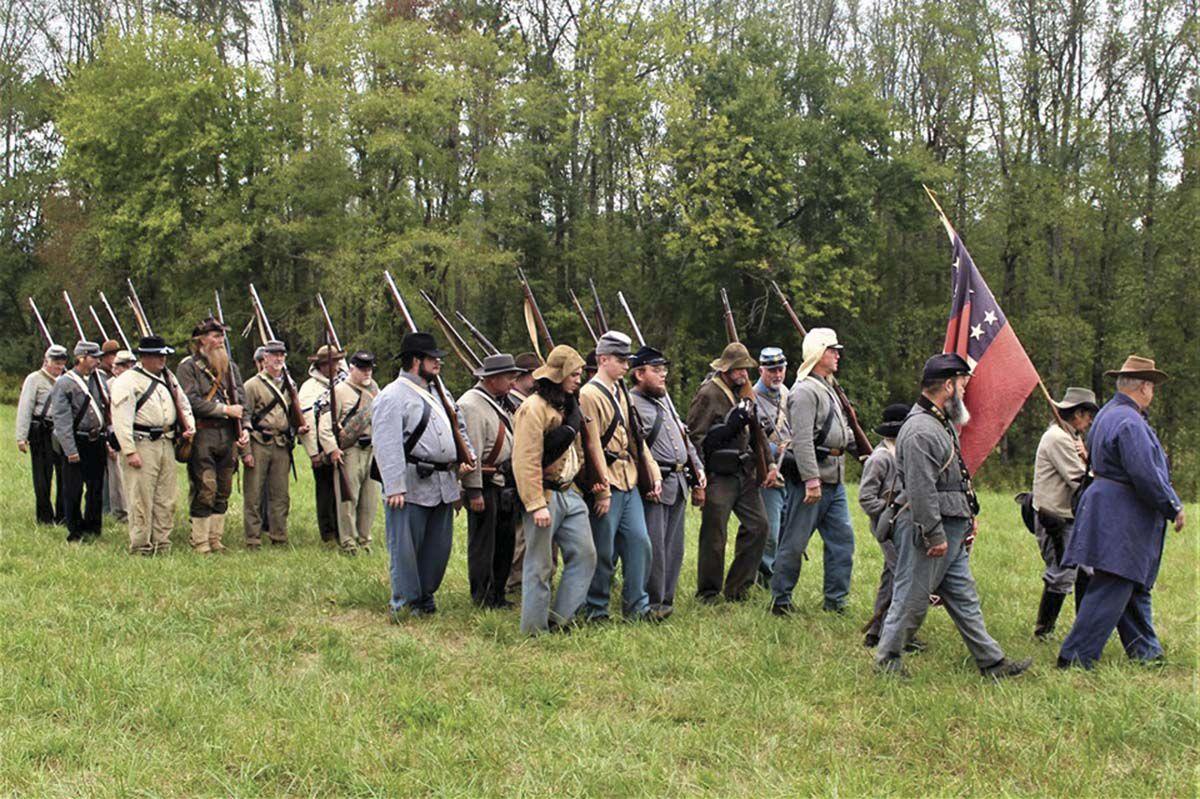 Rarely are we privileged to walk where glory never fades. Seldom do we get an opportunity to revisit the past. Hardly ever are we able to get a glimpse into the past. On October 5-6, 2019, we were able to do just that!

The 28th annual Civil War Encampment and Living History held at Laurel Hill Plantation provided those in attendance a chance to reflect upon our grand American legacy.

Held on the hallowed soil of Major General James Ewell Brown Stuart’s birthplace, this event characterized the love of our American history and heritage.

The ancestral home of Archibald and Elizabeth Letcher Pannill Stuart was built around the third decade into the eighteen hundreds.

The Stuarts had eleven children, seven of whom were born on the fifteen-hundred-acre estate. James Ewell Brown Stuart (affectionately known as James by his family) was born there on February 6, 1833. He left his boyhood home to attend college at Emory and Henry at the young age of fifteen.

From there he received an appointment (denied on his first attempt to join the military for being too young) to West Point in 1850.

He graduated in 1854, having been a cadet under Robert E. Lee (September 1852-55). He ranked thirteen out of forty-eight. Fitzhugh Lee (R.E. Lee’s nephew) and George Washington Custis Lee (R. E. Lee’s son) were classmates. Ironically, JEB and O.O. Howard were roommates and friends.

In the winter of 1847-48, a fire destroyed the Stuart home. Then after the death of Archibald in 1855, Elizabeth decided to sell the property.

In 1859 to two gentlemen from Mount Airy bought the property from her. The land was subdivided and the area where the proud Stuart house once stood became in disrepair.

In 1992, the JEB Stuart Birthplace Trust was formed when they purchased seventy-five acres in an effort to preserve the farm for future generations.

Their insight and vision continues, as plans are being made to erect a granite monument with bronze plaques to commemorate the history of this hallowed ground.

This was the setting of Saturday and Sunday events. At 10:00, a solemn grand review Flag raising ceremony occurred at the large flagpole at the apex of the hill. Sam Winkler portrayed William Terry, a soldier and congressmen who served under General Stuart.

He was wounded three times and drowned attempting to ford a river. Musicians (Fisher Peak Timber Rattlers, Laurel Hill String Band, Herbert and Tina Conner) entertained the spectators and passersby. A wondrous Ladies Tea was held as William Alexander (Alec) Stuart (Wayne Jones) welcomed them to Laurel Hill. General J.E.B. Stuart (portrayed by Lucas Wilder) graciously offered his welcoming comments and General Lee offered the invocation after the introduction of Mrs. Flora Stuart (Pam Jones). The tea was well organized and extremely informative on the topics of life of women during wartime and the use of herbs for treatments of ailments.

The General’s Council of War was an impromptu performance by J.E.B.’s older brother William Alexander (Wayne Jones), General Lee (David Chaltas) and General Stuart (Lucas Wilder) and his wife Flora (Pam Jones). The highlight of the event was General Stuart’s presentation and he did not disappoint. A ladies fashion show was held and after the swift action of the battle, and a Black Rose Memorial Service was held to wrap up the daytime activities.

The large crowd meandered around sutler’s row talking and asking questions of the reenactors and living historians. The Blacksmith pounded on his forge as he talked and demonstrated his skills. A medical tent was set up with the staff talking to those interested in the practices of the day. Gregory Newson had his art display available along with his books. He shared the story of the Black men and women who remained with the south because it was their homeland. Chaplain Alan Farley and Faith had their USCC tent set up next to the only existing coffee wagon replica. The original coffee wagon was built in 1861. The replica was built in 1961 to commemorate the 100th anniversary of the War Between the States. The Virginia Flaggers had a tent with flags set up and shared their story with those stopping to talk. Several sutlers had their wares available and the food vendors went above and beyond. The JEB Stuart Birthplace Preservation Trust was well organized and friendly with a large tent of items relating to JEB for sale. Mark Kinan had several pieces of silver that belonged to the Stuarts as well as a flag that was sewn by Flora for her husband. Jo Stuart Pais and her cousin Sharon Stuart McRae, both great, great granddaughters of General Stuart were also in attendance to greet and talk about their ancestor with the public. The day’s activities concluded with an evening dance that was well attended and everyone went away content but tired.

The next morning Herbert and Tina Conner sang hymns as everyone prepared for Chaplain Farley’s service. They did not go from the service untouched. His sermon pertained to all and several went to his area to talk to him after the service. The schedule repeated itself and this fielder left the homeplace confident that the land where glory never fades would continue to grow and be a beacon to those who love our American legacy.