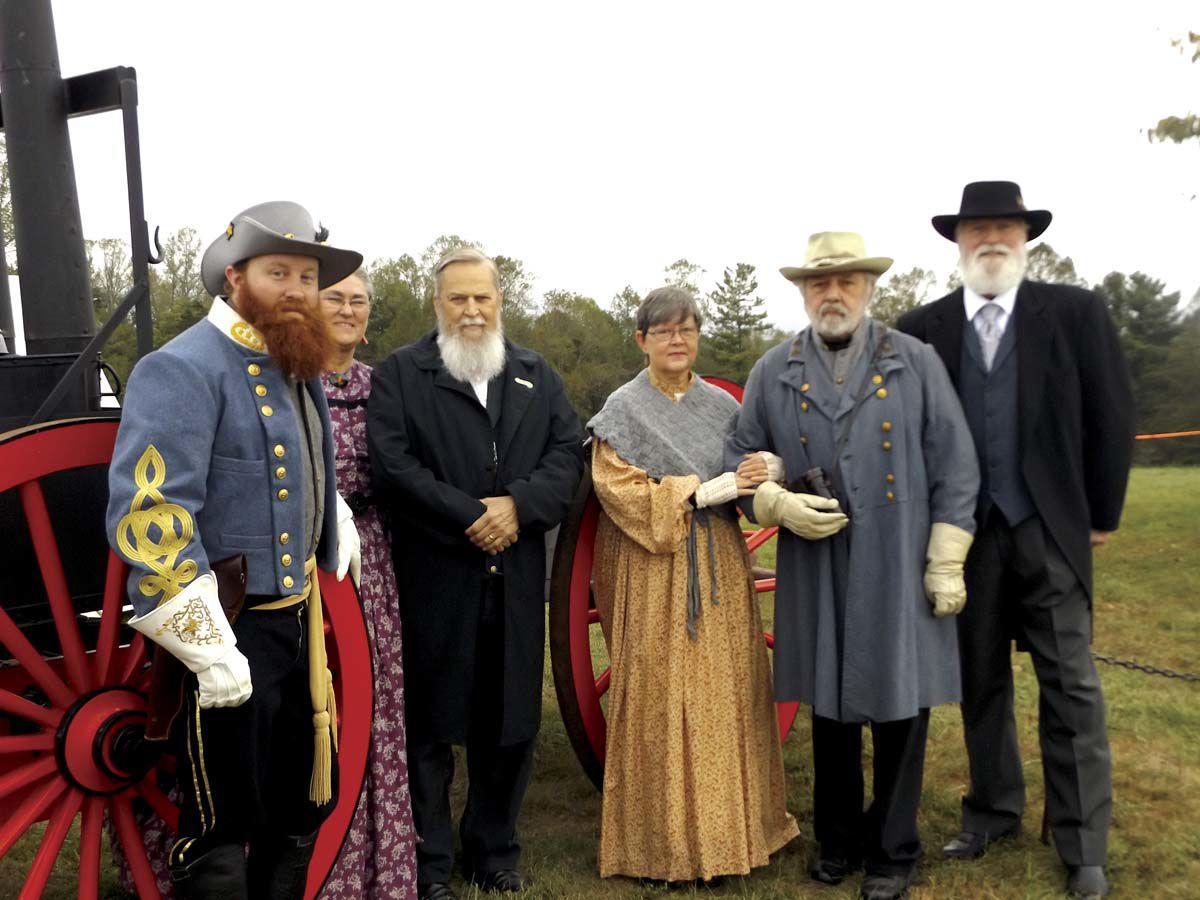 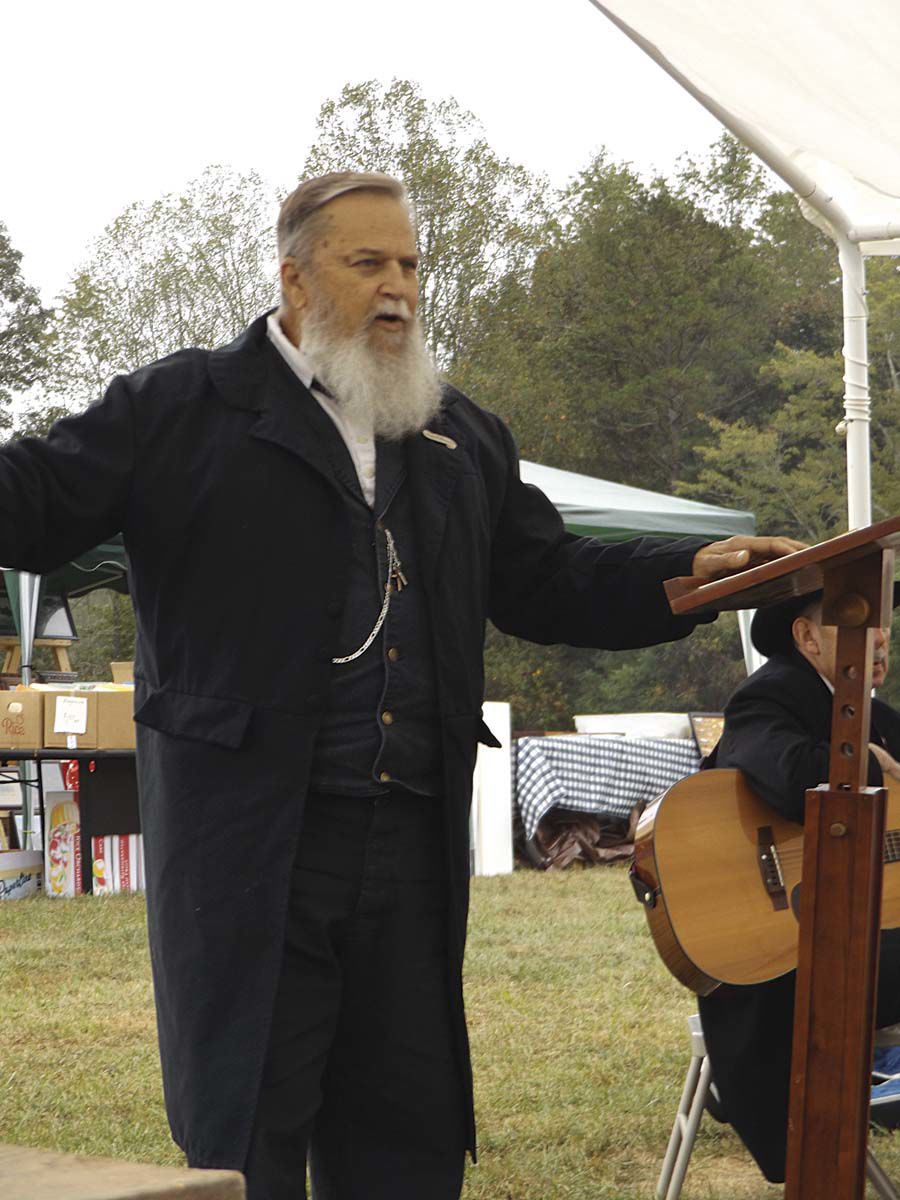 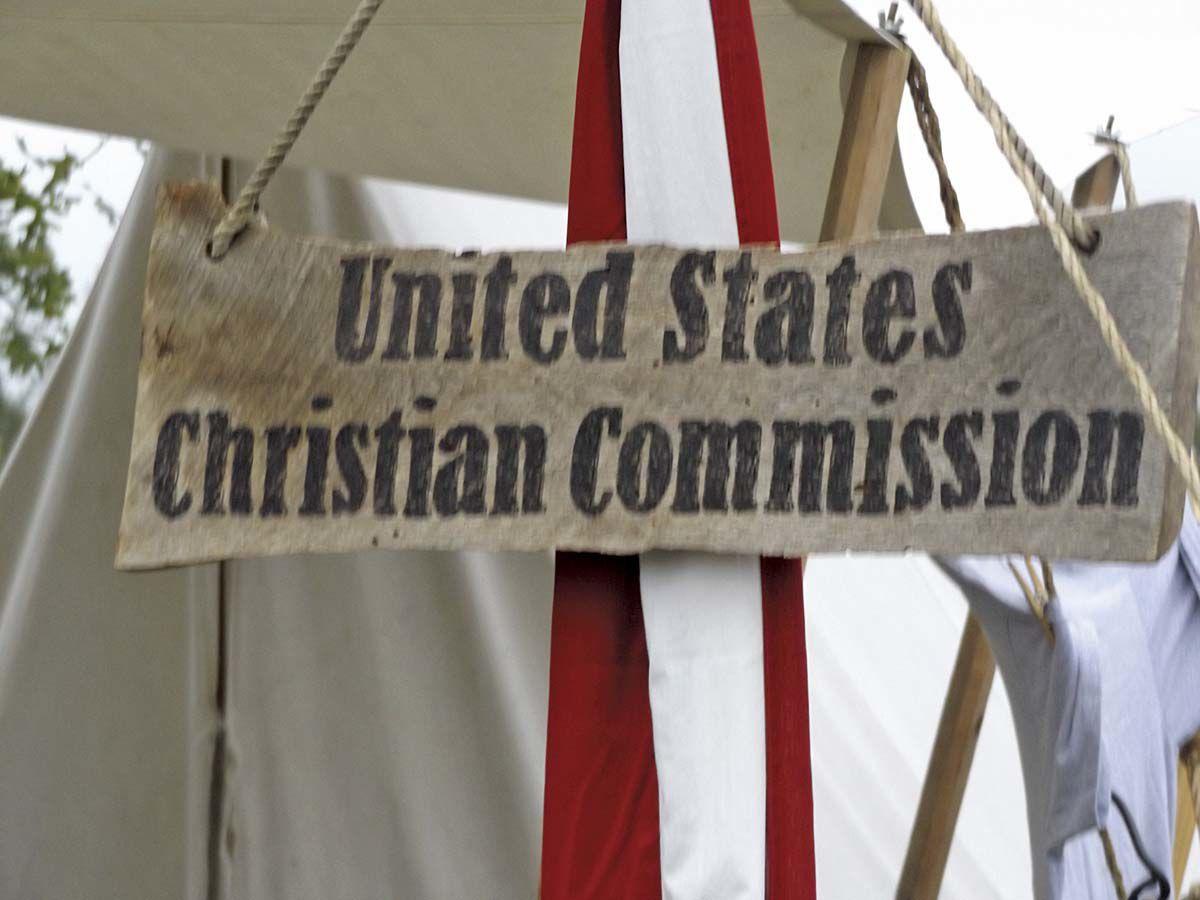 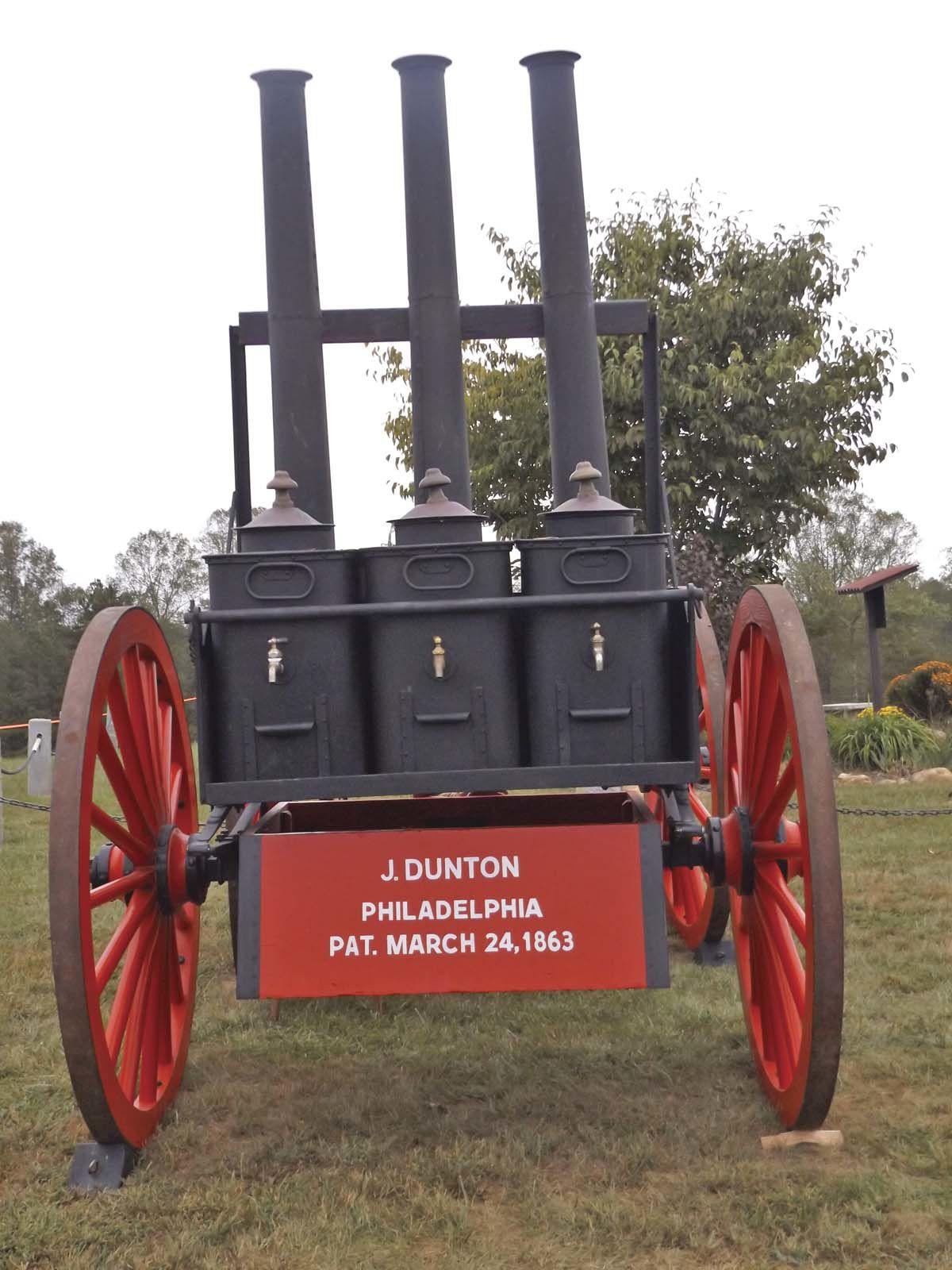 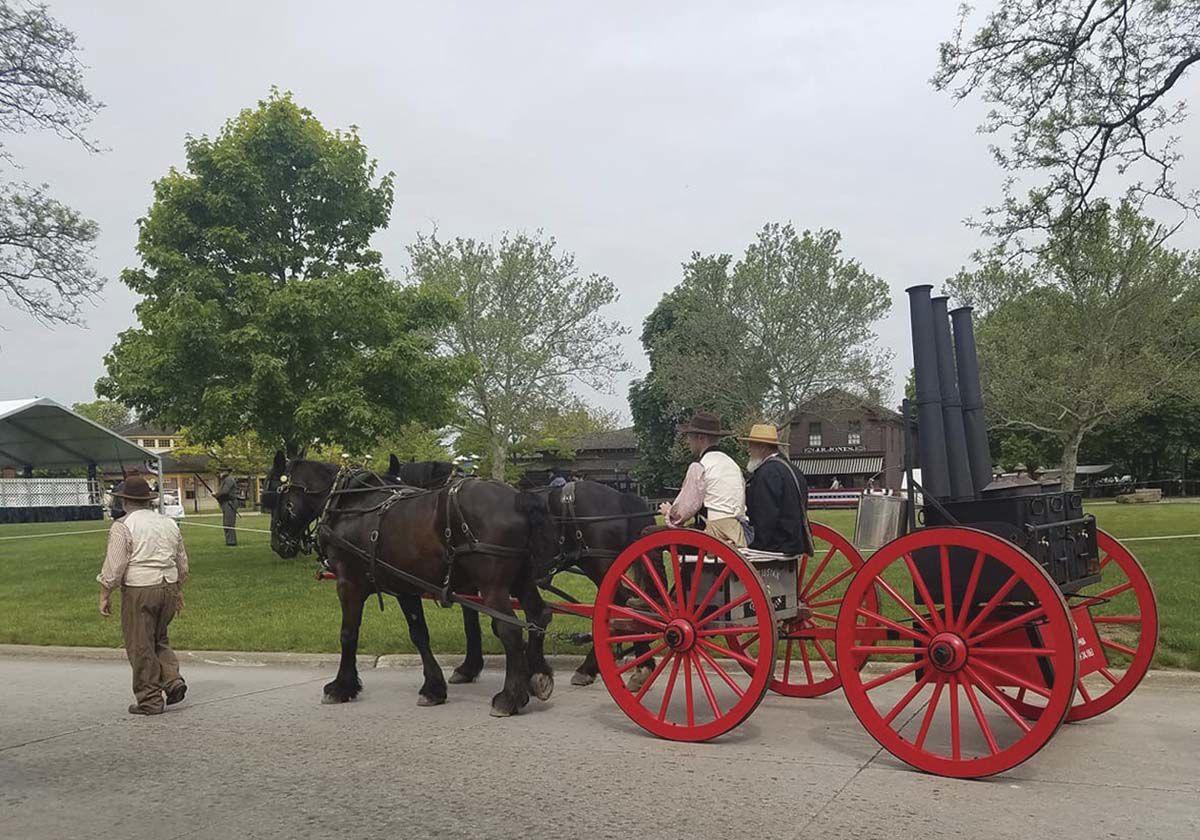 They loved their heritage.

They loved the grand American legacy.

They began reenacting in 1979 on Mother’s Day weekend to pay tribute to those men and women of yesteryear who fought for what they believed.

They found a need and they loved it. But there was something missing.

Alan Farley portrayed a 1st Sergeant and did his best to offer church services at re-enactments. Yet there was still something missing.

For five years Alan reenacted with his devoted Faith’s support.

He meditated on God’s Word, searched within his soul and prayed. Both prayed and searched for that missing link.

His dual role as a 1st SGT and as chaplain led them to make a life-altering decision. That decision came through prayers, communication with one another, meditation, and seeking answers from within the Bible.

During those early days church service seemed to be an afterthought by organizers, and the couple felt such a need to share the good news of Jesus Christ.

It was a vital part of the lives of the soldiers and why shouldn’t it be a part of the re-enactor’s lives?

After much prayer, Alan decided to step out on his belief that God would provide all their needs according to the riches of His glory, and he became a chaplain.

As Alan stated so well, “I put down my musket and picked up God’s sword (the Bible)!” He retired the old coat of being a 1st sergeant and in 1984, he put on the new coat of ministry with his devoted wife by his side. They have never looked back.

They formed an organization known as the Re-enactor’s Missions for Jesus Christ (RMJC, Inc.). They stepped out as a faith-based ministry. Soon their fledgling ministry began to grow, as word spread of their work for Christ. God opened so many doors for their ministry and it continued to prosper.

Men and women of faith began assisting them and soon several had joined under the umbrella of RMJC. But with rapid growth comes disappointment and trials. Some came to the ministry unaligned to the true message of the organization.

As the years passed, God offered them so many opportunities of servitude. Alan, using his private collection co-founded the National Civil War Chaplains Museum, which started in 2010. It is located on the Liberty University campus and was run by Kenny Rowlette until his untimely passing. Their vision and purpose was to collect religious items from the War Between the States and preserve them for prosperity.

The RMJC’s latest endeavor is sharing the gospel over a cup of coffer or hot chocolate. Through God’s almighty hand, they procured a coffee wagon that is an exact replica of the original coffee wagon used by the United States Christian Commission in 1864 through the end of the War. The purpose of the coffee wagon was to offer ‘temporal and spiritual relief to the soldiers’. In 1863 the first coffee wagon was patented. It consisted of three boilers and could brewed one hundred and eight gallons of coffee an hour. It could also heat water for tea and hot coco as well as broth for the sickest of soldiers.

This replica was built in 1961 by the Chase and Sanborn Coffee Company for the centennial celebration of the War Between the States. It stands as a testimony to the service of the volunteers of the YMCA and USCC. Their dedication to our Lord and Saviour Jesus Christ was their motivating insight into offering refreshment and spiritual nourishment to the weary and injured, on both sides of the conflict. The RMJC entered into an agreement with the Armed Services YMCA (owners of the coffee wagon) for exclusive use of the wagon.

Upon receiving the coffee wagon, the Farleys once again stepped out on faith. The wagon needed major restoration. The re-enactment community and supporters of the Farleys’ came to their aid in raising the badly needed funds to start restoring the wagon. Within one year enough money was raised to have all four wheels and the three boilers completely restored so once again the old coffee wagon could serve not only refreshing hot coffee for the body but also as a beacon to those of yesteryear who used the wagon as a source of ministry and comfort to the war-torn soldiers. Today the Farleys serve coffee and hot chocolate to anyone wishing a cup, a period, re-printed Gospel tract, as well as prayer and counseling on how to enter into God’s eternal kingdom.

A major high spot in the history of this coffee wagon happened this past Memorial Weekend (2019) at The Henry Ford Museum/Greenfield Village in Dearborn, MI. As the Farleys were participating in their annual Remembrance Living History, Greenfield Village supplied two Percheron horses and a driver and this 58-year-old coffee wagon was pulled by horse, for it’s first time ever, around the restored village. They stopped at every encampment and Delegate Farley offered hot coffee and period cookies for some 1,000 re-enactors. For the weekend the RMJC ministry served over 45 gallons of coffee and 1,500 cookies as well as giving out hundreds of their period, reprinted Gospel tracts.

For thirty-five years they have labored but it is a true labor of love. They cast off the old coats and put on the new. The new coats would take them on a whirlwind ministry that has been in existence since 1984, and besides being a few years older than when they started they are still going strong! The Farleys attend some 25 re-enactments in a year’s time traveling between 25-30,000 miles.

If you are interested in period tracts or wish to be added to RMJC weekly e-devotionals, or would like to have the Farleys with their USCC display and coffee wagon at your event you can contact them via email @ChaplainFarley@gmail.com. For more information on RMJC, visit their website at: www.rmjc.org