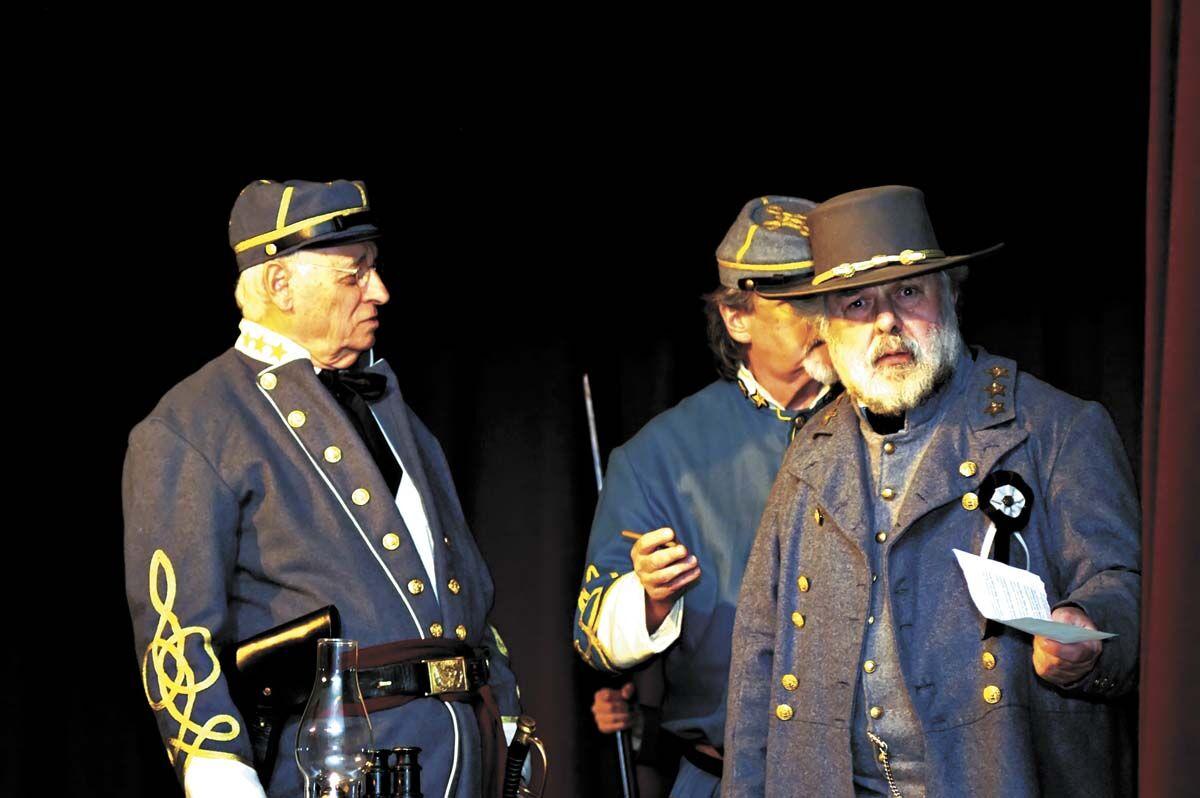 Reece Sexton, left, and David Chaltas, right, share a stage during a Civil War themed production, “The Shadows of Gettysburg.” 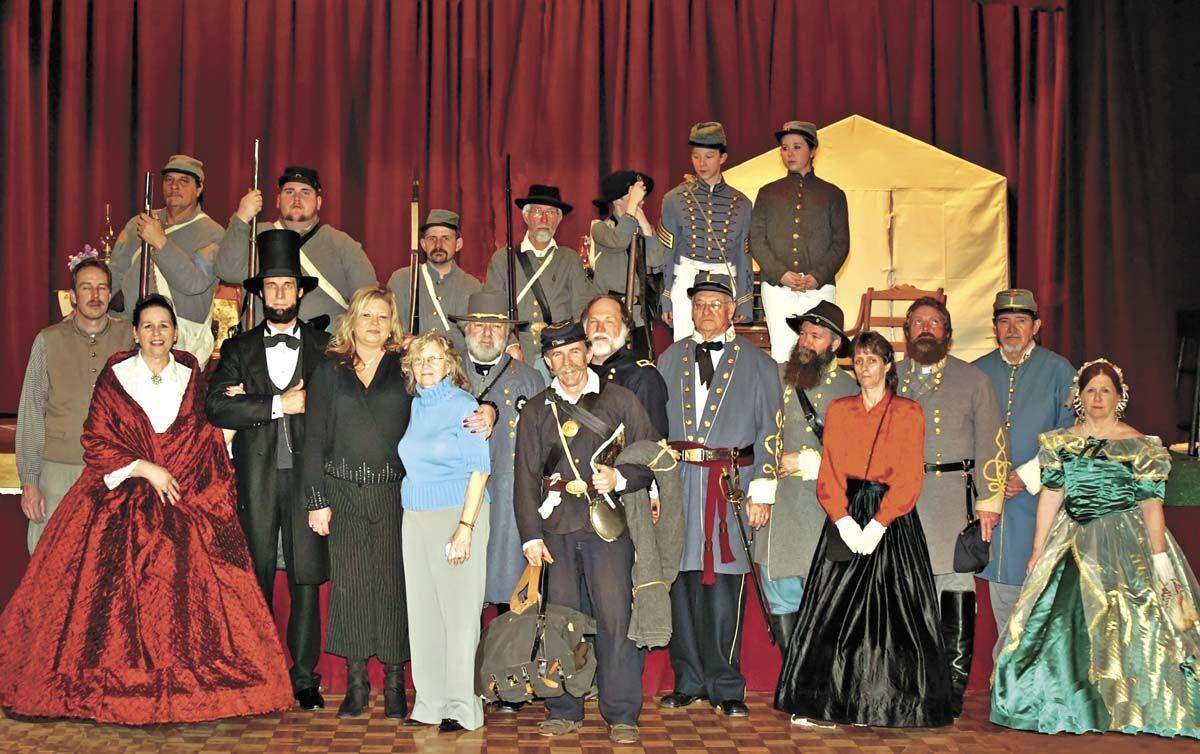 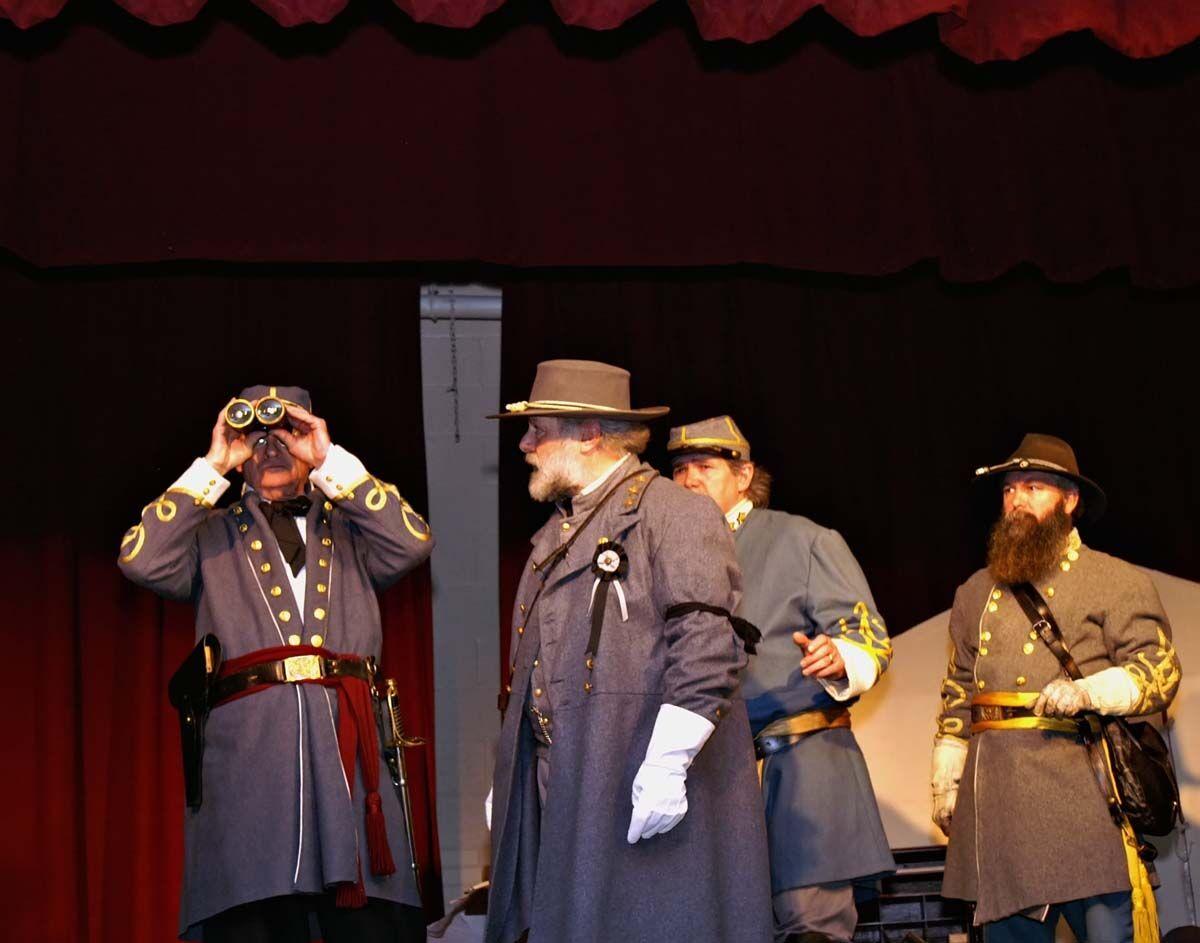 Reece Sexton, left, and David Chaltas, right, share a stage during a Civil War themed production, “The Shadows of Gettysburg.”

I find there are no words to express my feelings for the loss of Reece Sexton except for shocked and stunned. I talked to him via Facebook messenger post, and on Thursday at 5:21 he replied. He stated the following: “David, My wife had last week and went home yesterday. Rough stuff. Thanks for your prayers my friend.” I replied that, “I shall continue praying on your behalf, your wife’s behalf and other so this pestilence will be ridden from our country. If you need me, just holler, TOG.” Those were our last words and I shall cherish them.

As I write this, I dwell on his last two words, “My friend”. That sums up his character. To me he was a beloved friend, a mentor, a humble man of vision, and one who believed in my writing. I have so many memories. I wish to share a few.

I remember the first article I submitted to the Courier. Within an hour he stepped away for his busy schedule and wrote an email not only thanking me but praising my writing and encouraging me to submit more. When I finished a play entitled The Shadows of Gettysburg, I asked Reece to portray my Aide to Camp. He said he was honored to do so and to be honest, he gave me the strength to do perform. Then there was the time that General Jackson (Danny Buckner) and I were Grand Marshalls at the Morristown Christmas parade. We all were in a covered wagon and I made the suggestion to get out of the wagon (to afford the ladies and gentlemen more room) and meet the people along the route. Reece, Danny, and I walked from sidewalk to sidewalk thanking the people for coming and wishing them a Merry Christmas. The walk was long and arduous but afterwards Reece stated that he enjoyed the ‘meet and greet’ more than anything. To me that sums up another facet of his character. He genuinely liked people and went out of his way to show them kindness. He had the spirit of his ancestors emboldened within him.

Most of all I recall the numerous conversations we had. He shared with me his ‘trivial’ role in Gods and Generals, which demonstrated to me his humbleness of spirit. We shared stories of the War Between the States and its implications upon American history. We talked of being Veterans and how it helped mode our characters. We talked about his oldest son’s death in a car accident as well as well as losing his youngest son and wife.

One of the interesting things that he did beside being the publisher/editor of the Civil War Courier, Camp Chase Gazette, and the Citizen was photography. He possessed an excellent eye for capturing ‘images’ and actually went with UT’s football team as the photographer when Johnny Major was the coach. He was also a wealth of information about the War Between the States as well as other aspects of American history.

Reece was community-minded and served on the hospital board, assisted with regional and national reenactments like the Battle of Franklin and Battle of Chickamauga. He was a mentor to many, including this fielder. But most of all, Reece was a Christian and family man who was devoted them.

There are no words that express the loss of such a fine man but this I know. Reece served others and followed the Bible’s sacred principles as well as he could. His last to words best sums up what he meant to me BUT wish to add one other: Reece you indeed was, “My Beloved Friend.”