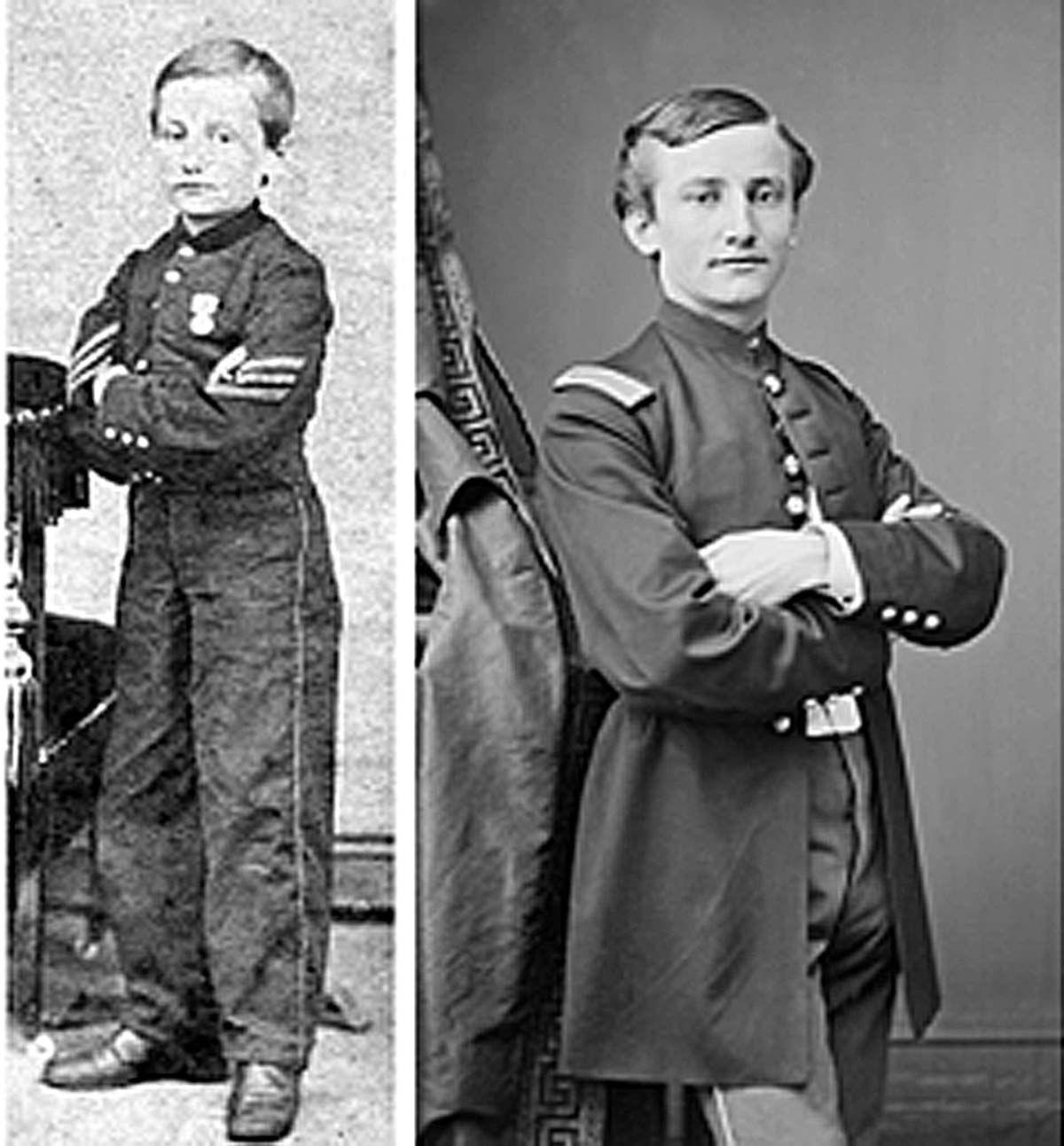 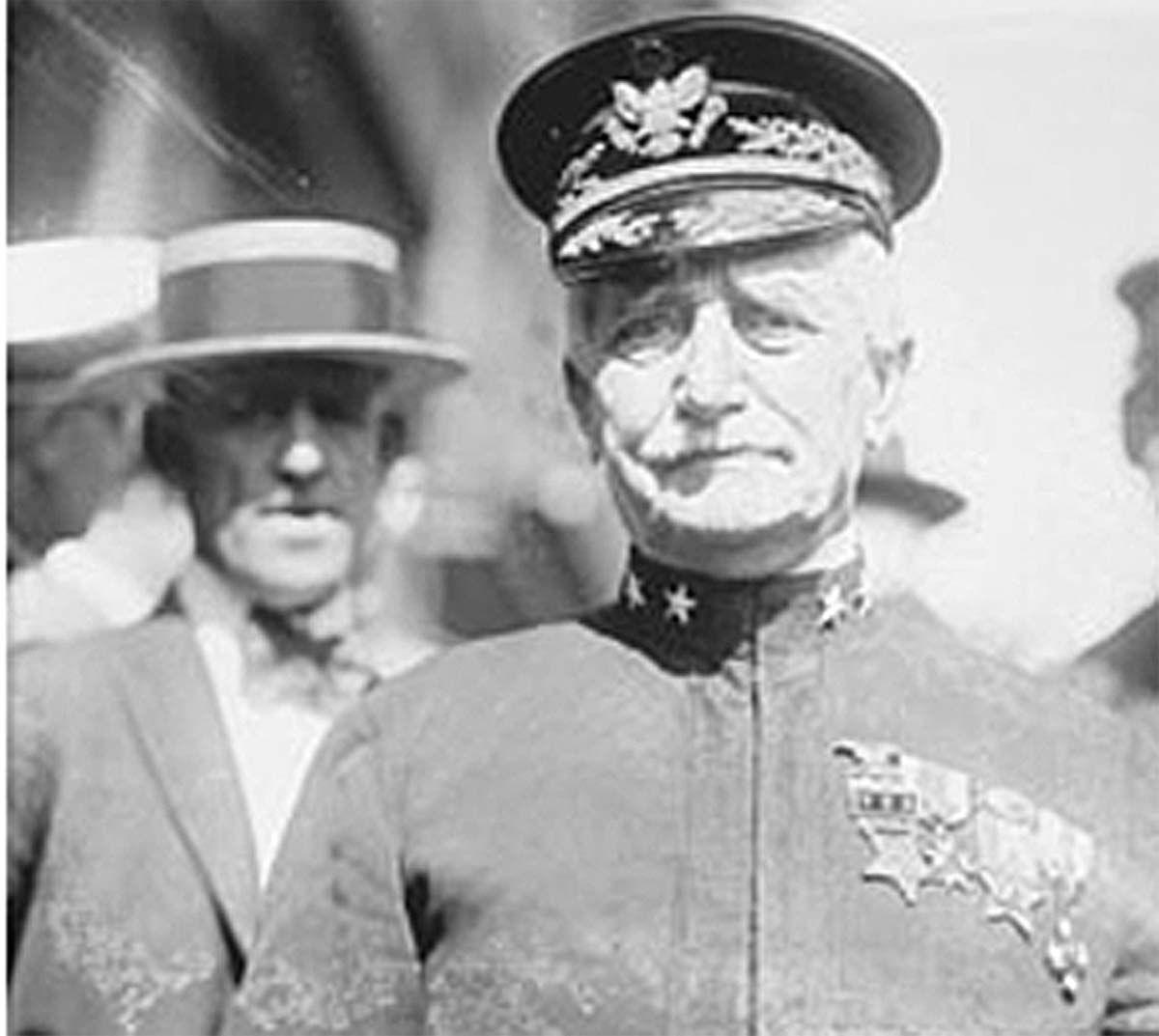 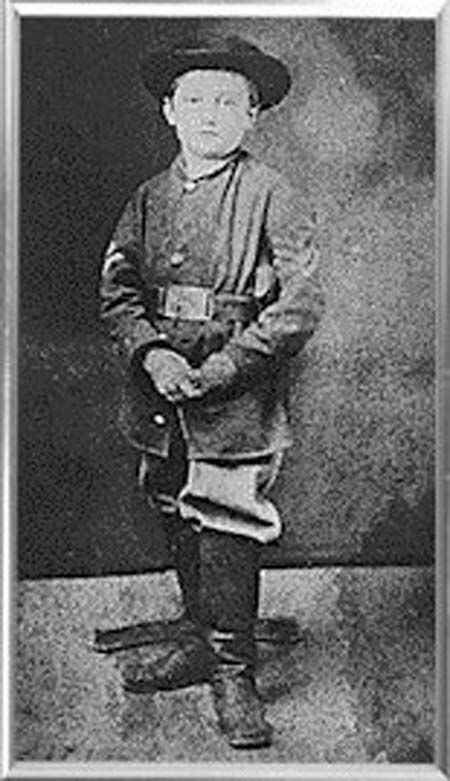 What did you think about when you were nine? Did you dream of being a soldier? The following legend is about a young boy who not only dreamt of being a soldier but became one. His name was John Clem (KLEM) and this is his legend.

John was born on August 13, 1851, in Newark, Ohio. His parents were Roman and Magdalene Klem. He was christened at Saint Francis DeSales Church. He lived on a farm and his family sold produce from a wagon.

When Johnny was only nine years of age, his mother was killed while crossing railroad tracks. His father remarried but the child did not like her and did not get along well with her. This probably was the main reason he ran away from home.

Although he went to school, the young lad began cutting classes. He would sneak and drill as a drummer boy with Company H, 3rd Ohio Volunteer Infantry. He was so impressed with the newly elected president that he changed his middle name to Lincoln. Then the drums of war grew louder.

In the May of 1861, the only place young Johnny knew to go was to try and join the army. The War Between the States had broken out and there was a call to arms. Johnny tried to enlist but his age hampered his efforts.

He was rejected. Young Johnny went to the 3rd Ohio Regiment to enlist, only to be told that the captain (Leonidas McDougal), “Wasn’t enlisting infants”. He went to the 22nd Michigan and was once again turned down.

The boy knew he had no other place else to go, so he was determined to stay. He acted like a drummer boy and finally he was accepted. He worked around the camp doing odd jobs.

The officers pooled their money and he was paid the $13 wages of an enlisted man. Somehow, he later began receiving pay from the army. While with the 22nd Michigan he perfected his drumming skills. He was accepted by the enlisted men who gave him a shortened rifle, and a uniform based on his size.

In April 8-7, 1862, the young drummer of the 22nd Michigan found himself in the heat of the bloody Battle of Shiloh (Pittsburg Landing), located on the west bank of the mighty Tennessee river. Shiloh was a horrific battle, pitting Union forces under General Grant against Confederate forces commanded by General Albert Sydney Johnston. The fighting was intense, and the casualties were high (estimated over 110,000 men fought with 24,000 casualties). The 22nd was in the heat of the battle. Young Johnny played the drums and at one point, an artillery round shattered it. The boy survived, and news spread of this young drummer. He was dubbed “Johnny Shiloh”.

During the month of November (23-25) of 1863, Johnny Clem saw yet another major engagement. It was known as the Battle of Chickamauga. The fighting was fierce and hand to hand. The Confederates held the field and the young drummer boy sat on a caisson. A Confederate officer noticed a cannon and caisson on which young Johnny was riding.

The boy warrior hollered for him to surrender and the officer being incensed rode up and ordered Johnny to surrender. The little drummer boy fired his custom-sized musket and killed the officer. He was later captured but due to all the confusion of the battle, he managed to escape. Because of his tenacity and spirit, he became known as the “Drummer Boy of Chickamauga.”

He had caught the eye of General George H. Thomas who appointed him as mounted orderly. This pint-sized warrior served as a courier and rose to the rank of Lance Sergeant. He was only twelve years of age but had gained the respect of soldiers and officers.

While in Georgia, he was captured in October 1863. Allegedly the Confederate cavalry took his uniform and his beloved hat (which had 3 bullet holes in it). He was later exchanged and reportedly a newspaper used his age and notoriety to show, “What sore straits the Yankees are driven, when they have to send their babies to fight us.”

The boy stayed on the Rock of Chickamauga’s staff until September 19, 1864. He was discharged with honor. During the war young Johnny had been wounded twice. He had his horse shot out from under him during the Atlanta Campaign. And his prize hat possessed three holes courtesy of those he fought.

After the end of all the hostilities, he applied to West Point but was turned down. His poor educational background and lack of support was contributing factors to his rejection. But on December 18, 1871, he was promoted to the rank of 2nd Lieutenant. His sponsor was none other than President Grant. He continued his service and in 1903 he was promoted to colonel and was the Assistant Quartermaster General.

He continued serving for thirteen more years and retired in 1916, during the Great War. One of the most astounding facts is that he served his country for fifty-five years! During that time, this orphaned runaway rose from a rejected ‘infant’, private to the status of major general because of his motivation, determination, and drive.

It is fitting to note that General Clem was the last Civil War veteran on the army rolls at the time of his retirement. General Clem died on May 13, 1937, in San Antonia, Texas.

He was eighty-five years of age. and is buried in the hallowed soil of Arlington National Cemetery. (Taken from Legends Amongst Us; David Chaltas)

Casamer, Douglas M. The Michigan 22nd Infantry and the Men Who Served.

Legends Amongst Us; Chaltas, David; 2019