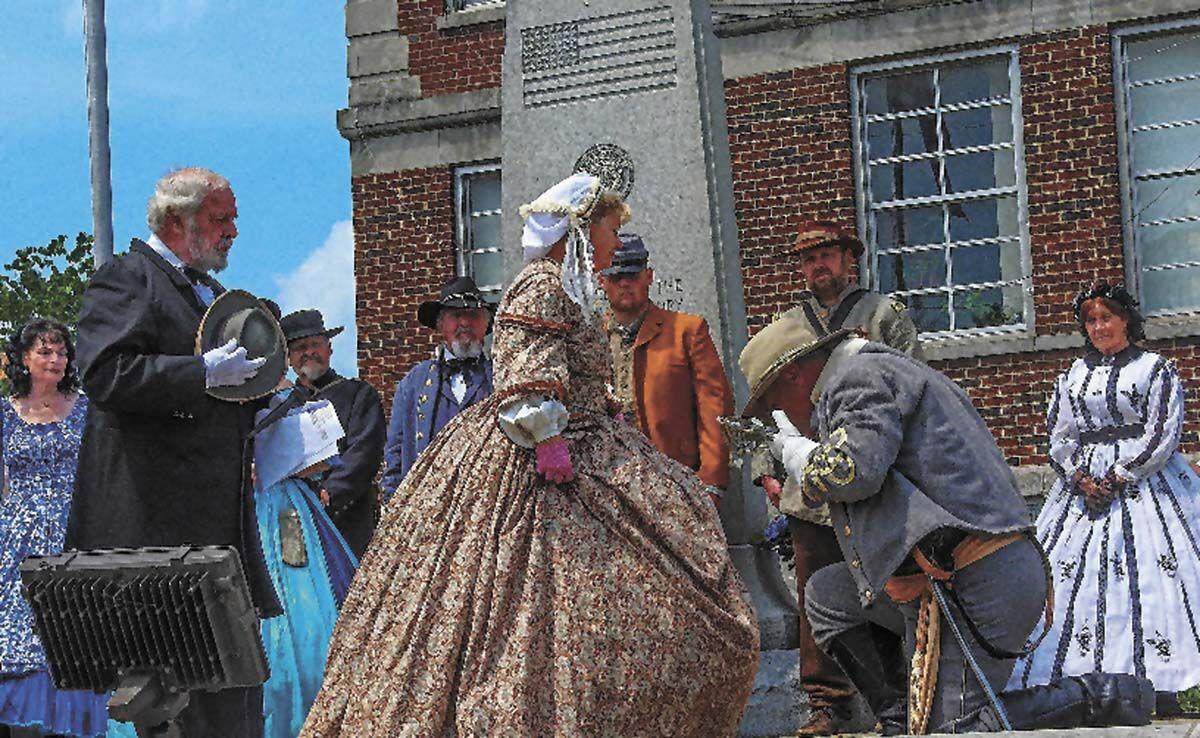 Blessing of the Sword: Lindon, TN 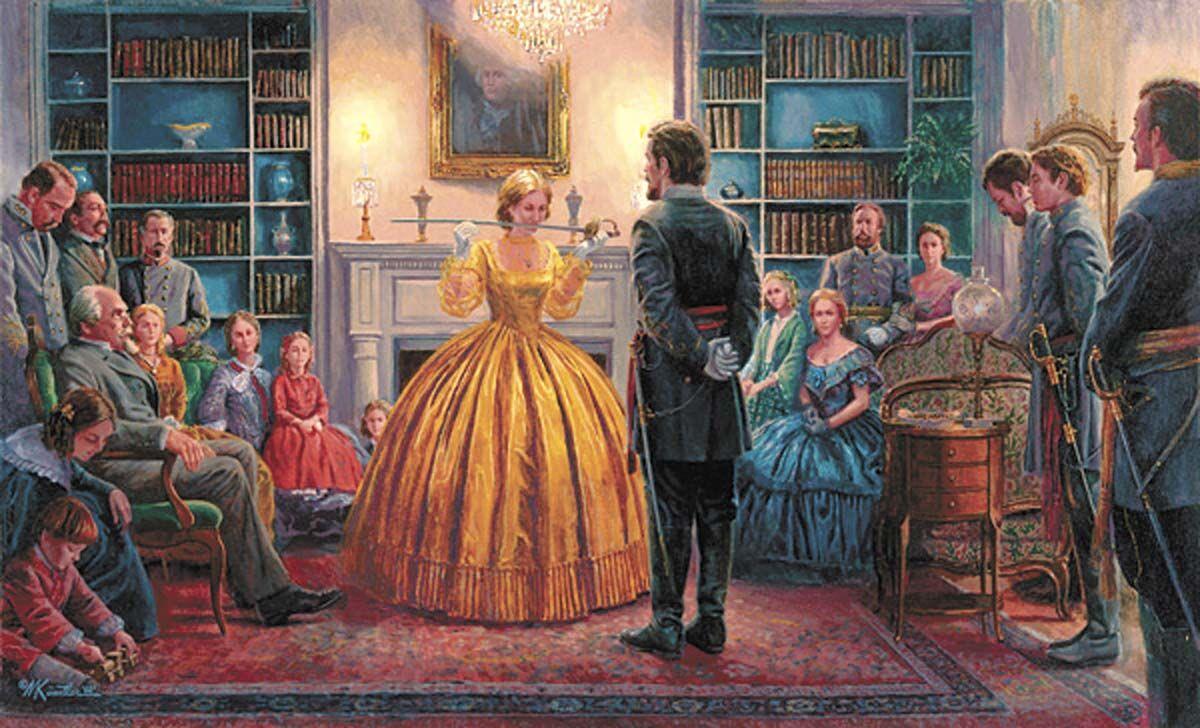 Blessing of the Sword by Mort Kunstler.

Blessing of the Sword: Lindon, TN

Blessing of the Sword by Mort Kunstler.

It is a tradition passed on from days of knighthood. It is a chivalrous gesture. The ritual was performed among the Knights Templar, Romans, and others with elaborate pomp and circumstance. It is a ritual that was utilized in both homes of those men who wore blue and those who wore gray. It was the blessing of the sword.

As young men prepared to leave their loved ones and go to serve their calling, the family and friends gathered to wish him a heart-felt goodbye. They wanted the man in uniform to have something as a memento of home and a reminder of what he represented. A ritual was held at the home to pay homage to the young man departing for war.

The family and friends gathered and shared stories, warm memories, prayers were sent to heaven on the young man’s behalf, and a toast was offered in honor of the bravery of his future service. After the accolades were given, a solemn ritual was performed. A ceremonial sword was presented in the following manner.

The young man stood in front of those gathered. Either the wife, father or beloved family member would take the sword and hold it out to the young man. The sword represented faith instead of fear. It stood for honor, courage, and protection. It symbolized hope in a safe return home and was never to be unsheathed in anger or vengeance. It signified a reminder of home, hope in his return safely, and a prayer of protection.

Upon handing the sword to the young man (sometimes standing or kneeling), the following words were spoken:

And bravely speaks the cheering word, even though her heart be rent asunder

Doomed nightly in her dreams to hear the bolts of death around him rattle,

Has shed as sacred blood as e’er was poured upon the field of battle.

After the recitation, the sword is handed horizontally to the recipient. The young man bows in gratitude and either he or a beloved family member places the sword on his belt. He offers a promise to serve with dignity, honor, and faithful in the execution of his duties. He vows to return home carrying the sword or it will return absence the owner as a reminder of duty well done.

The ceremony was simple but profound in that it afforded the family a time to say farewell and cling to the hope of his safe return. It offers the carrier of the sword a reminder of the better times at home and the reason he has went to war. The sacredness of the sword was not in its design, but rather within the giving and blessing. The sword was usually a non-combative beautifully engraved sword representing the esteem held for the beneficiary by those left at home.

Blessing of weapons and the Orthodox | OrthoCuban

NOTE: The above article is my interpretation based on research of a ritual during the War Between the States. It has been used at different functions such as the ladies tea, in homes as well as at events. The ceremony has even been used in encampments and along the Wilderness Road. It honors the memory of those who lived in the last chivalrous days when knighthood was in bloom.