You have permission to edit this article.
Edit
Home
All Publications
Book Reviews
Directory
Calendar
Store
1 of 13 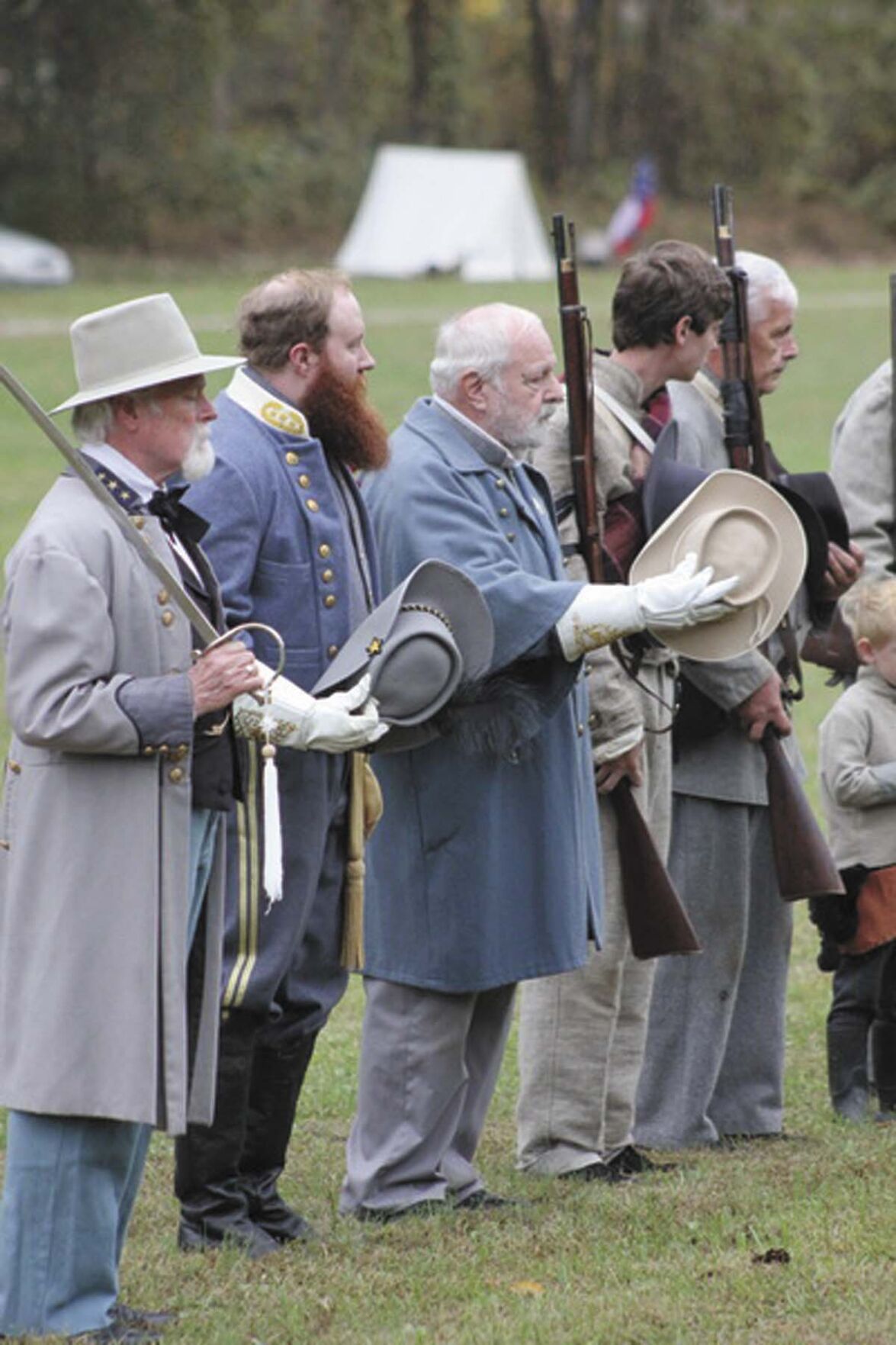 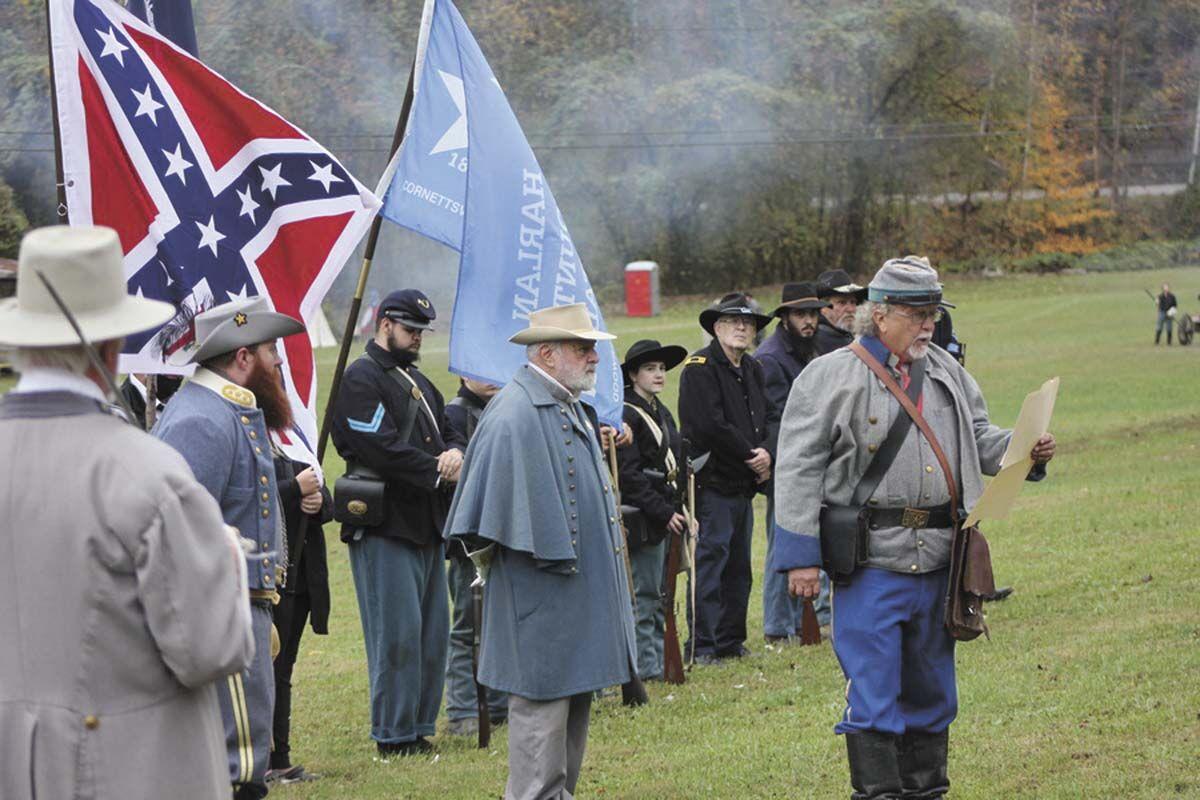 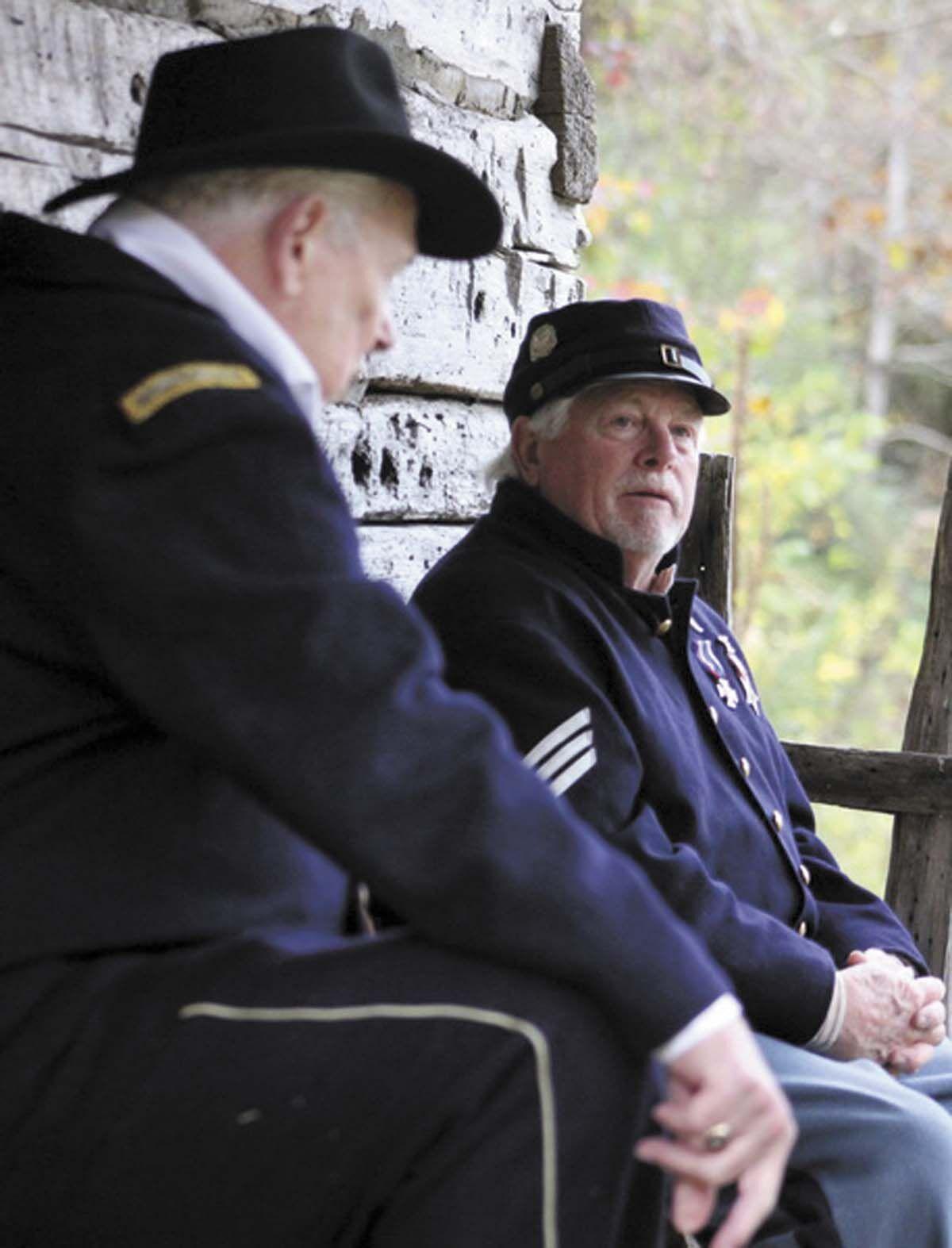 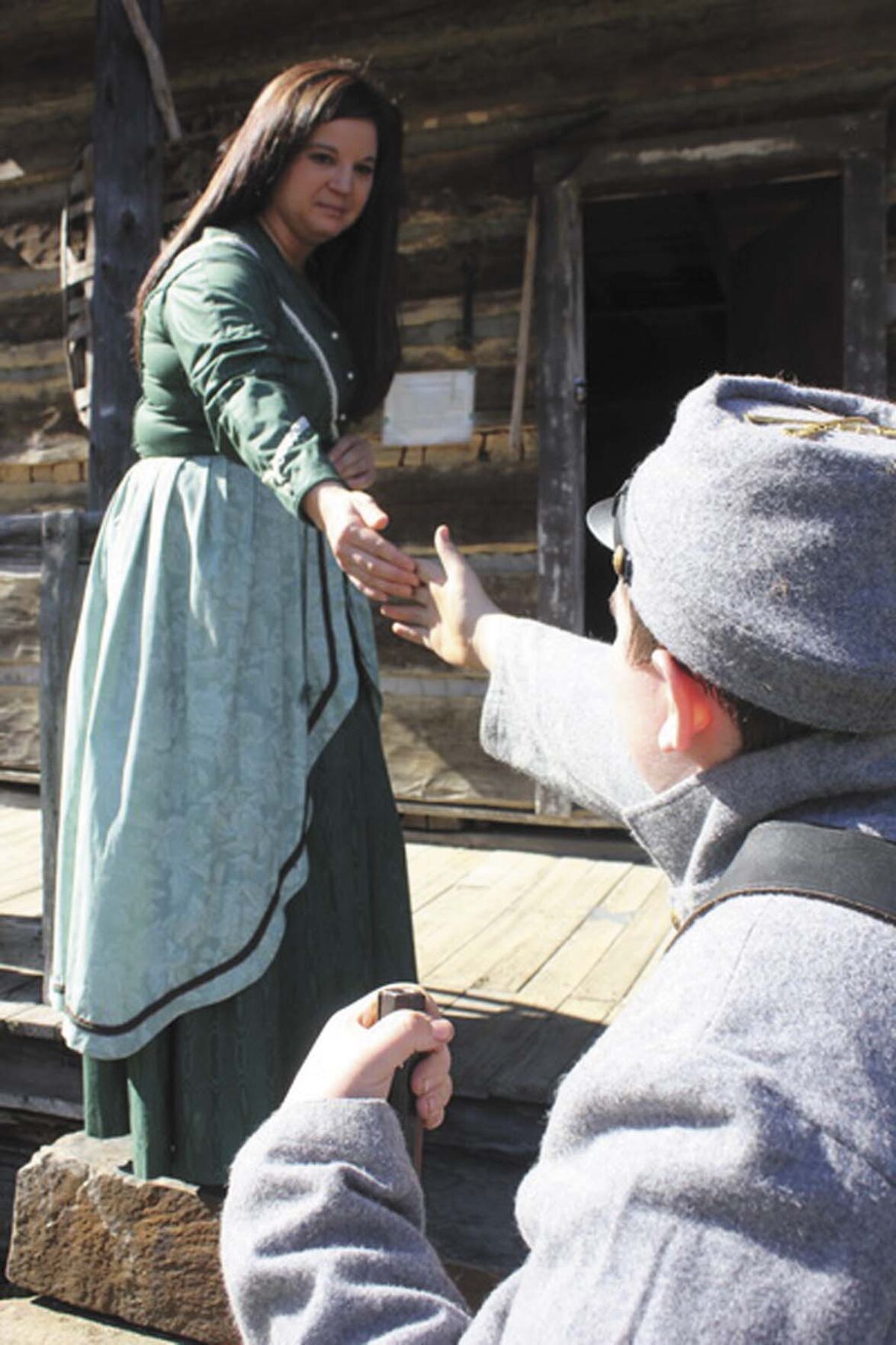 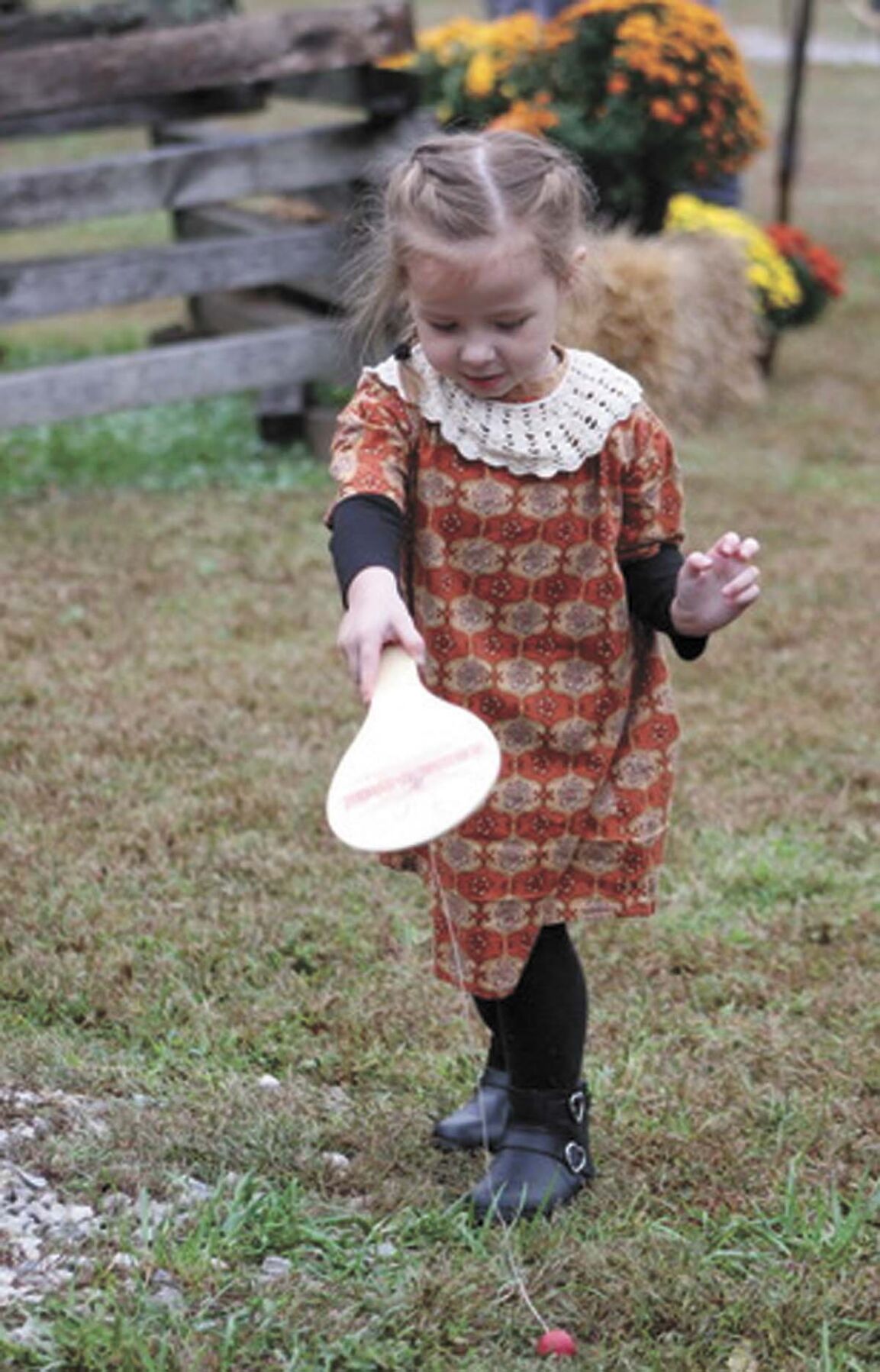 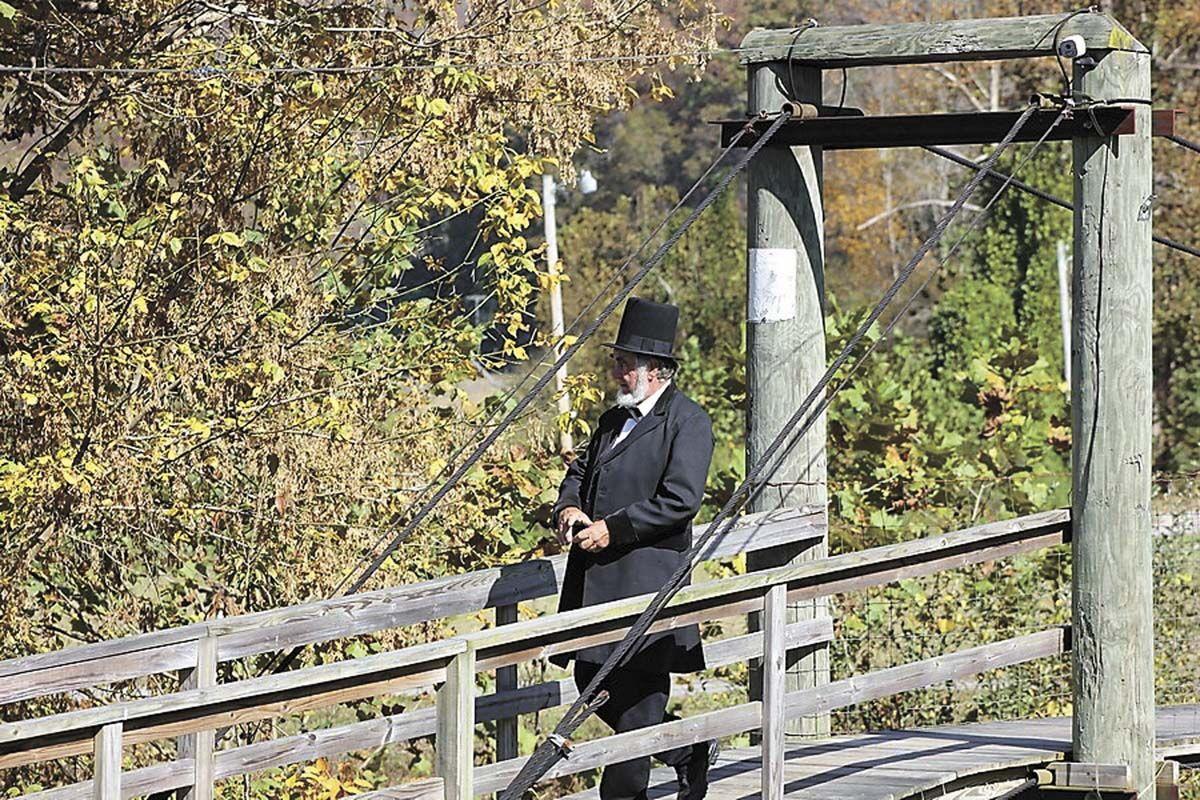 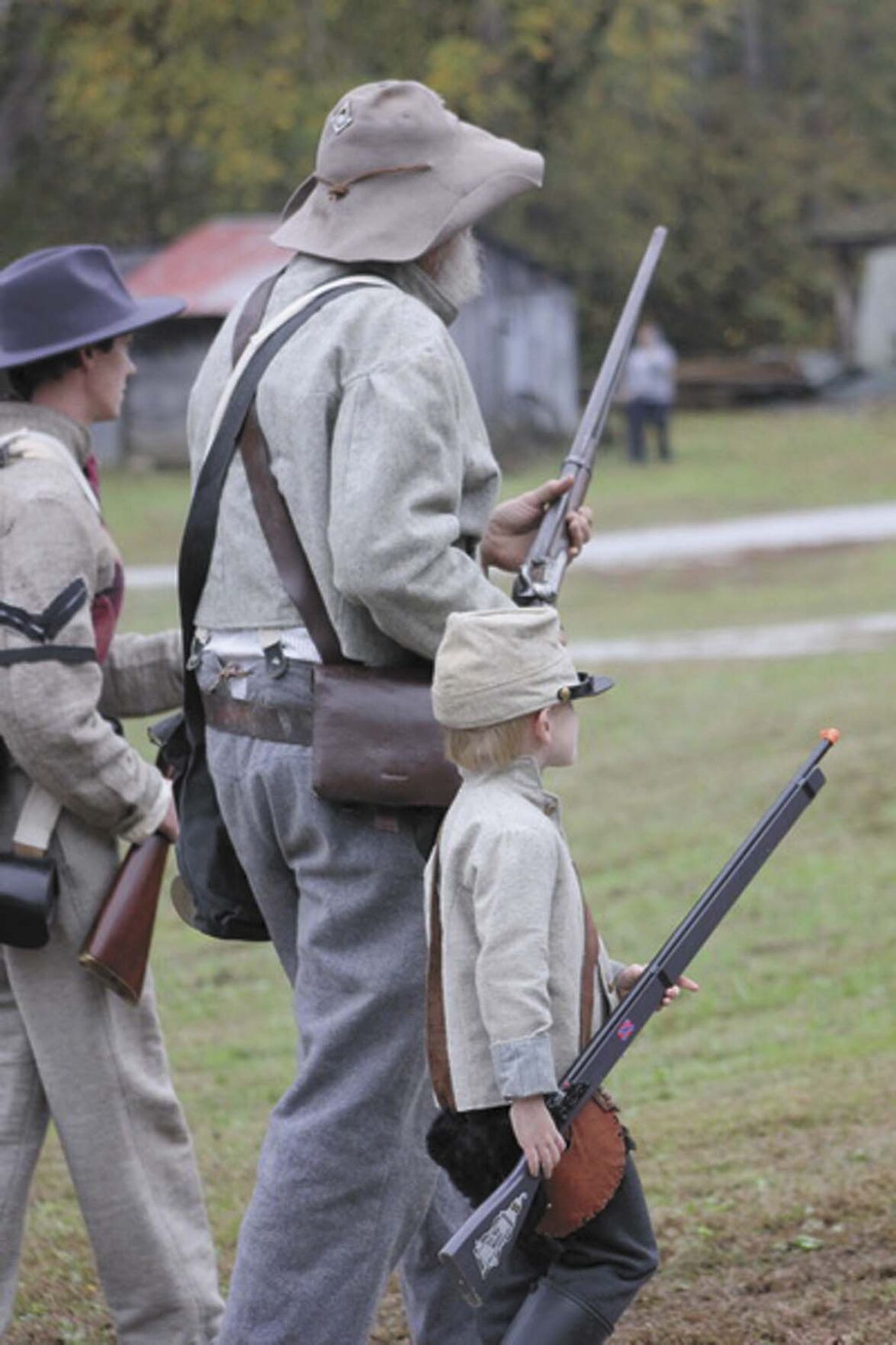 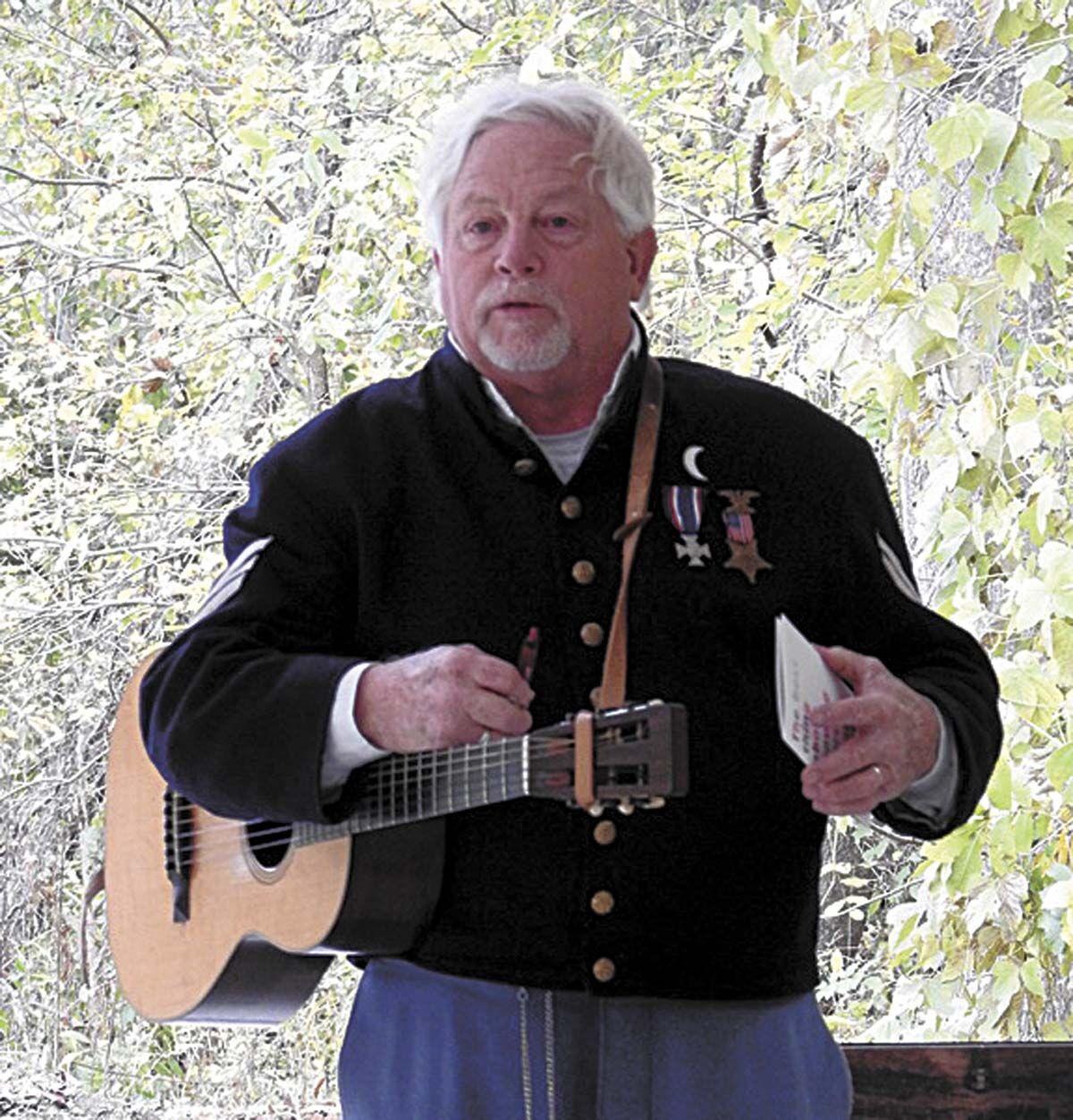 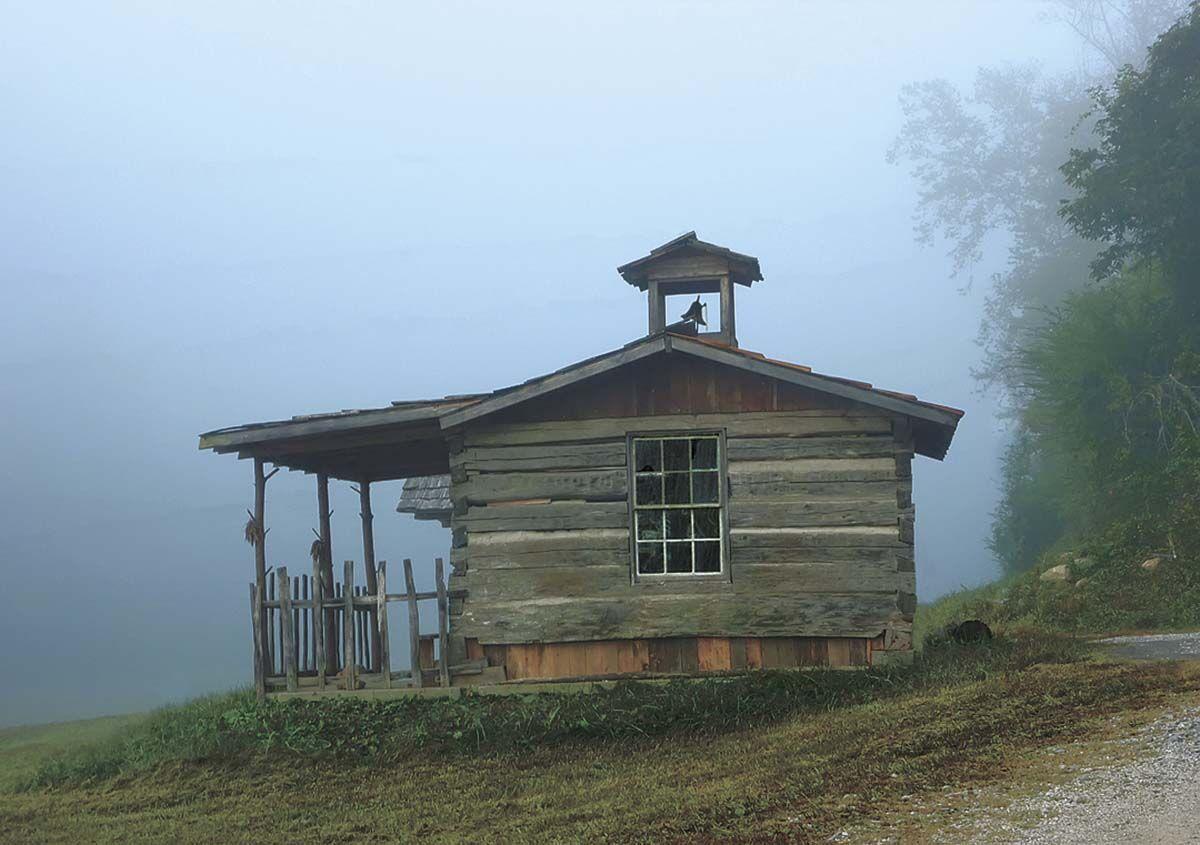 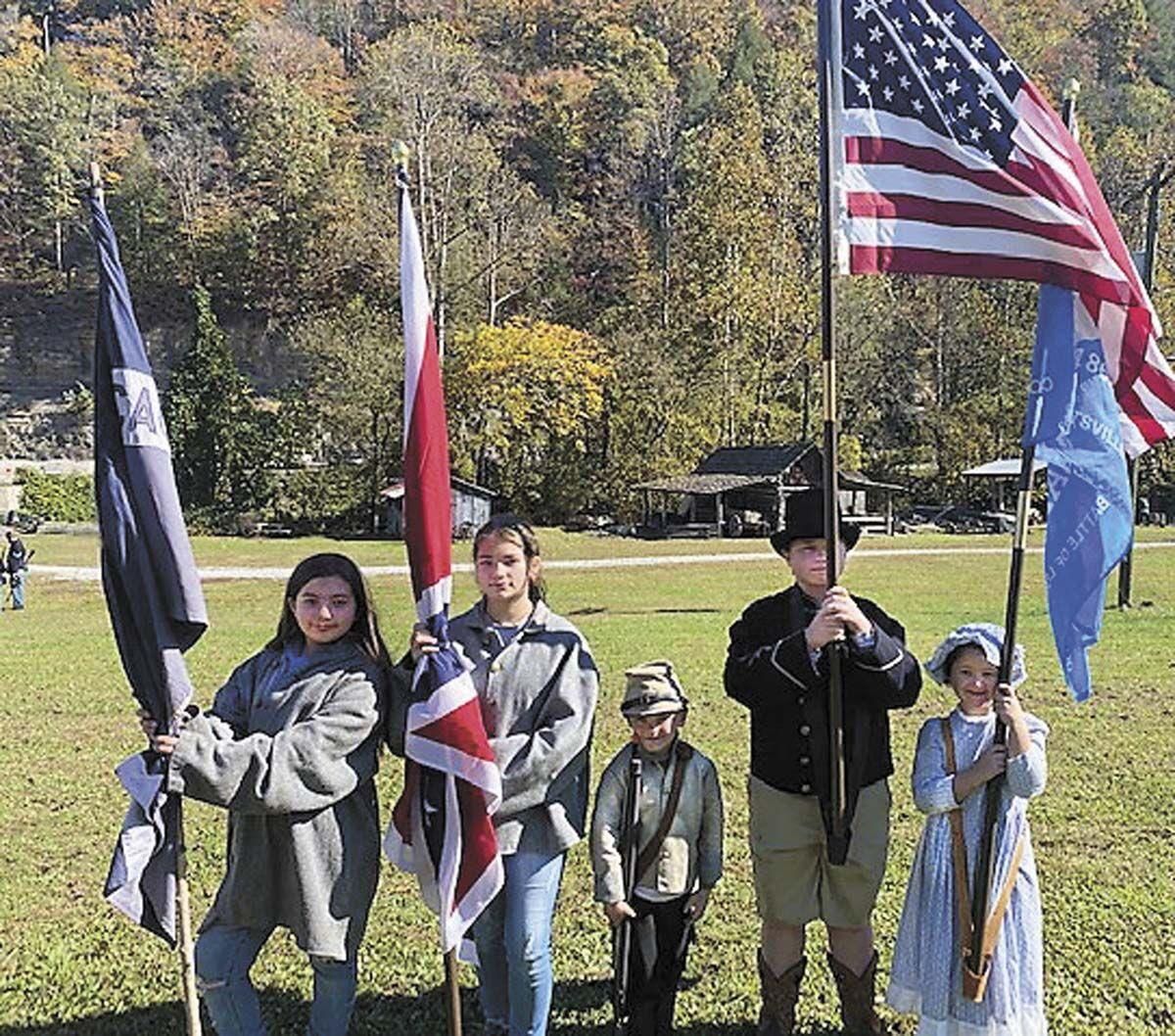 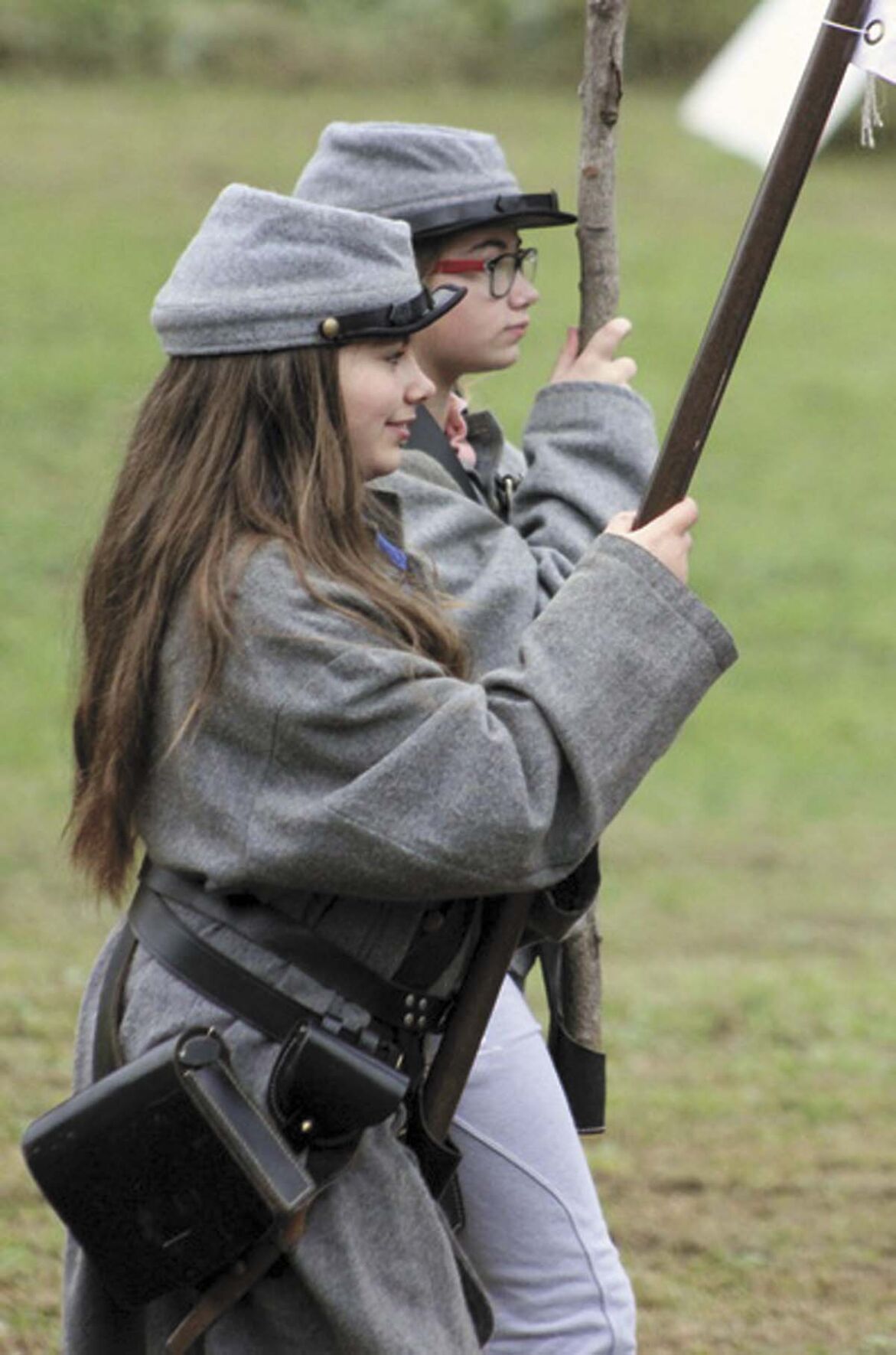 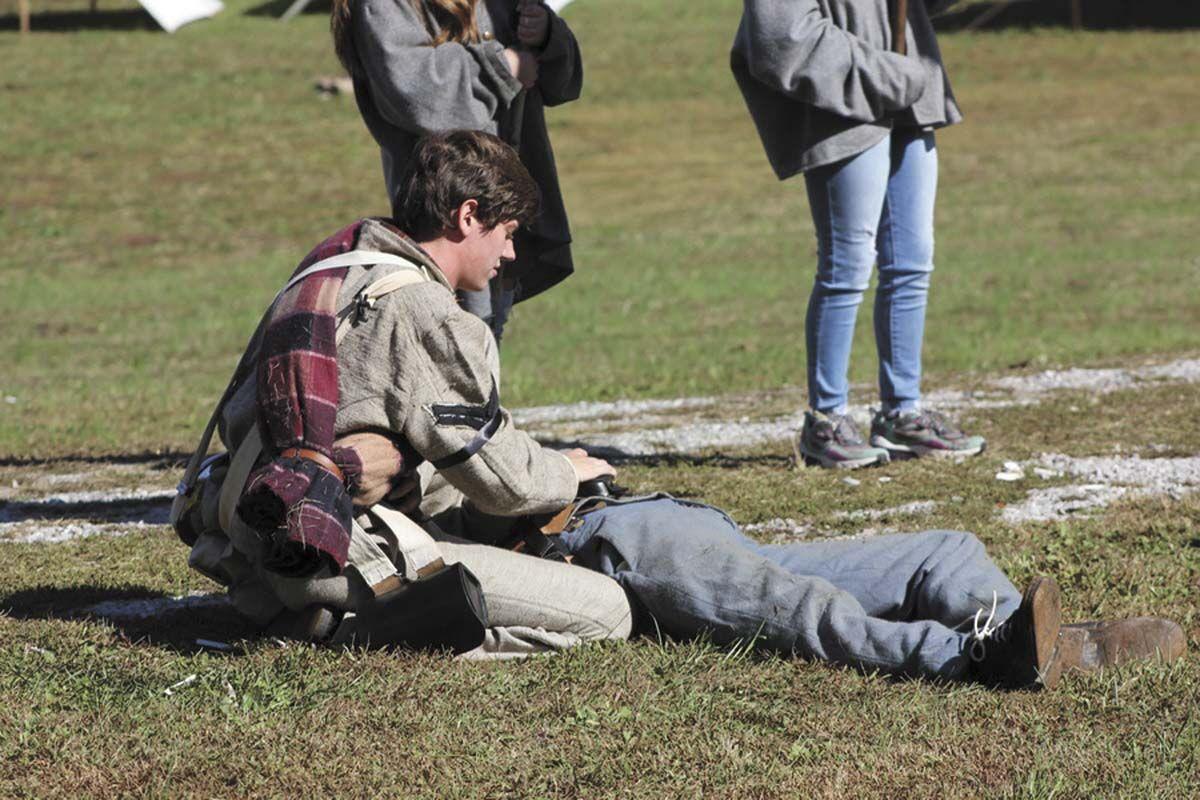 Robert S. Brashear was born on April 13, 1793, in Sullivan County, Tennessee (In 1793 it was part of North Carolina). His parents were Samuel and Margaret (Eakin) Brashear.

In 1814, at the young age of 21, he came to Perry County, Kentucky to fulfill a dream of going west to seek his destiny. He became a pack peddler and went door to door in the sparsely settled land that formerly belonged to the Cherokee and Shawnee. He married Mary Everidge.

She was born in the state of Virginia in 1797. She died somewhere between 1850 and 1860. She is buried in Perry County, Kentucky. Her mother’s name was also Mary and she was married to William Cornett. William had served in the Revolutionary War.

In 1820, Perry County was established and being well-known by the citizens, he was elected a trustee.

He was an astute businessman who bought and sold real estate. He owned a store and in 1835, he went into the salt making business with Hugh White.

It was said that at the confluence of the river at the mouth of Leatherwood a large salt deposit was beneath the soil. After much work, the salt was manufactured on his farm. It produced approximately 250 bushels a week. It sold for a dollar a bushel during the early days of the enterprise. Reportedly he owned 15 slaves that worked his farm and employed eleven workers at the salt work.

The outbreak of hostilities between brothers began in 1860. Salt became even more important in that it preserved the food needed by both armies.

So the little villa known as Brashearville became of significance. The Confederate sent the 10th Kentucky (later renamed the 13th KY Cavalry) to protect the saltworks and village.

On October 19, 1862, Major Blankenship encamped his Harlan Battalion at the Lewis farm on Poor Fork. He ordered forty of his soldiers towards the salt works to meet a group of home guards that wanted to join his outfit in that area.

Captain David J. Caudill (Colonel Ben Caudill’s brother) was stationed at the confluence of the river. Under his command was Captain Samuel R. Brashear (of Company H and son of Robert S. Brashear) and the men of Company B of the 10th KY, known as Caudill’s Army.

Unaware of the approach of Major Blankenship’s men, a detachment of the Confederate 10th Kentucky men were sent out foraging for late fall harvest. With the minds on gathering provisions, they were taken by surprise by the forty Harlan County Battalion (Poor Fork Battalion) men. A lively exchange of fire began as the 10th Kentucky made their way back to the encampment. The fight continued to the main camp. According to the diary of Lt. Clabe Jones (Union), he stated that, “We had a hot time for a while.” An estimated one hundred forty men exchanged fire until Captain David J. Caudill received a wound in the derriere. Due to Captain Caudill’s wound and no doubt realizing he was the Colonel’s brother, Captain George Hogg and other officers decided to withdraw from the saltworks. They made their way back towards Whitesburg along the old mountain road. All the food was confiscated by the Union force, and a futile effort was made to destroy the saltworks. Lt. Jones stated that they acquired the, “Biggest pone of cornbread I ever saw. It would have weighed more than fifty pounds!” Their victory proved to be short lived, as Confederate Colonel Caudill led over five hundred men in retaliation. Their vengeance resulted in havoc and mayhem for several miles into Harlan County. Most of the items taken were recovered.

Robert S. and Mary E. Brashear had three sons that served in the Confederacy. They were Private William T. B. Brashear, Private Joseph E. Brashear, and Captain Samuel Ray Brashear. Captain Brashear was a musician with the Fifth Kentucky Infantry. He was captured on July 7, 1863 at Gladesville (Wise), Virginia and taken to Kemper Barracks in Cincinnati, Ohio. He was transferred to Camp Chase in Columbus, Ohio on July 20, 1863. On October 10, 1863, he was once again transferred. This time to Johnson’s Island, Sandusky, Ohio. On February 16, 1865, he was exchanged. Due to illness he was sent to a hospital in Richmond, Virginia on March 6, 1865. Upon recuperating, he left there and operated a tavern on Troublesome Creek then moved it to Whitesburg, Kentucky. He died in 1870.

Genealogical research revealed a rich history at Brashearsville location- a salt works, which operated for about sixty years, a village with a general store, post office, and the site of a Civil War battle. Brashearville, Hazard, and Mt. Pleasant (Harlan) were the only towns in three counties shown on an 1835 map.

The first reenactment of the Battle of Leatherwood was held in 2002. Over the eighteen years, the event has grown to a multi-faceted event and facility. It began in a hayfield with buildings added by volunteer labor and a small budget. Various types of buildings were donated and moved to the battlefield- a smokehouse, a two-year-old barn, a school, and cabins used as a residence. A General Store was built, with counters, shelving, and a Post Office from a nearby General Store. The swinging bridge is the only remaining one in the area. They were once common along the river. A molasses shed was constructed, as was a cut stone blacksmith shop. The buildings reflect the period architecture of our ancestors, are very picturesque, and well-photographed by the public.

Work has continued in 2020 despite the virus, and there have been several improvements. One cabin received a new roof and porch rails. A 70’ x 24’ picnic shelter was moved to the grounds, and already used by two wedding parties. A storage building was wired for electricity, and a water line ran to it. A more recent cabin, which may only be fifty or seventy-five years old was moved to the grounds, and Perry County Fiscal Court walking trail developed on the hill above. A second trail is planned to extend over a couple hills to Twin Rocks Bible Camp on Maces Creek. A fine old two-story log house with a dog trot is planned to be moved to the battlefield in the future. It was built a little after 1816.

The event has progressed from a reenactment lasting an hour or so on an open field to three days of activities. The first day usually is a Living History day and a field day for regional schools. As many as forty buses from several counties brought students to see the buildings, attend about twenty stations where they watched people spin wool, make salt or soap, saw blacksmiths work, listened to lectures, and saw people dressed as various personas- Abe Lincoln, Jefferson Davis, General Clay, General Burnsides, General Stuart, General Jackson, etc. All will pose for a photograph. Period music is played throughout the weekend, with the songs explained, or given their history. The Living History was cancelled this year due to virtual schooling.

Some demonstrations continue on the second day, as well as the various personas. The ladies have a tea at noon, and receive a souvenir cup and saucer. Sutlers sell period merchandise, food, uniforms, leather goods, etc. There is an afternoon battle and a ball in the evening. The band plays Civil War music and calls dances. Social distancing required us to cancel the ball. The third day started with a breakfast this year, and then we had a church service. We had another afternoon battle, and then it was time to pack up and go home. Attending these events is like a family reunion, as one visits with old friends, discusses various matters, and hates to see them go, until we meet again on another battlefield. For more information about annual Battle of Leatherwood event held on the fourth weekend in October, go to the following links.