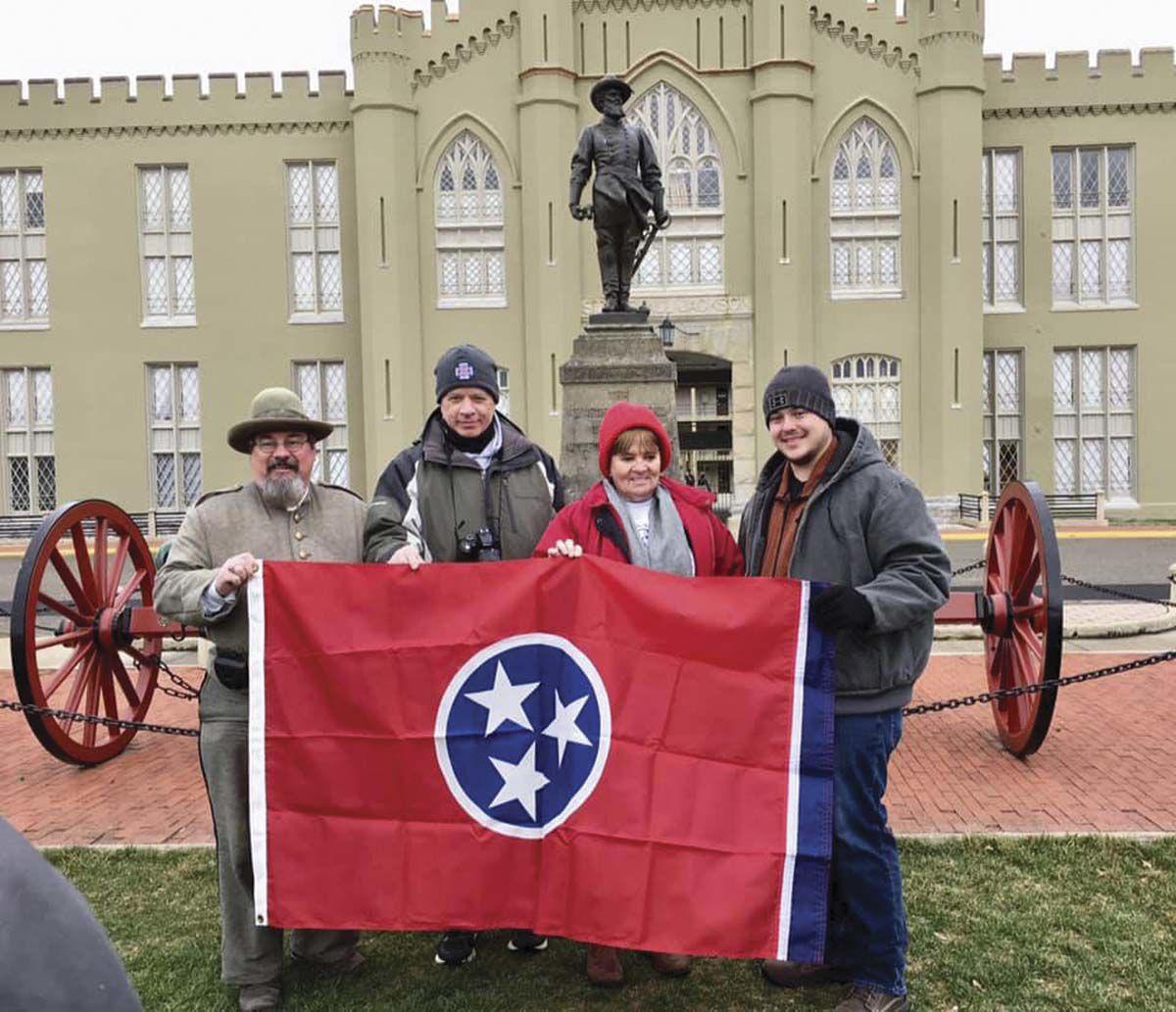 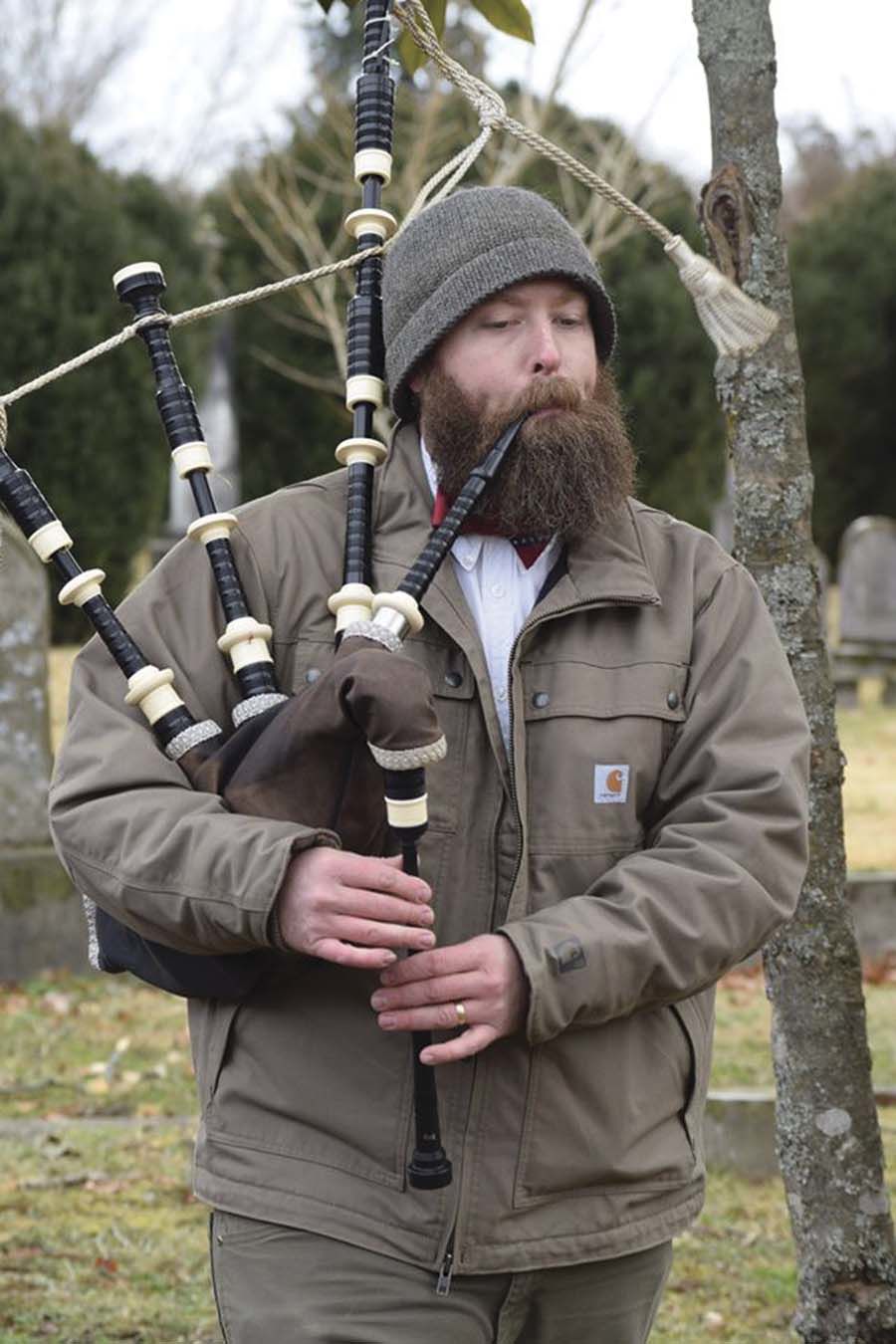 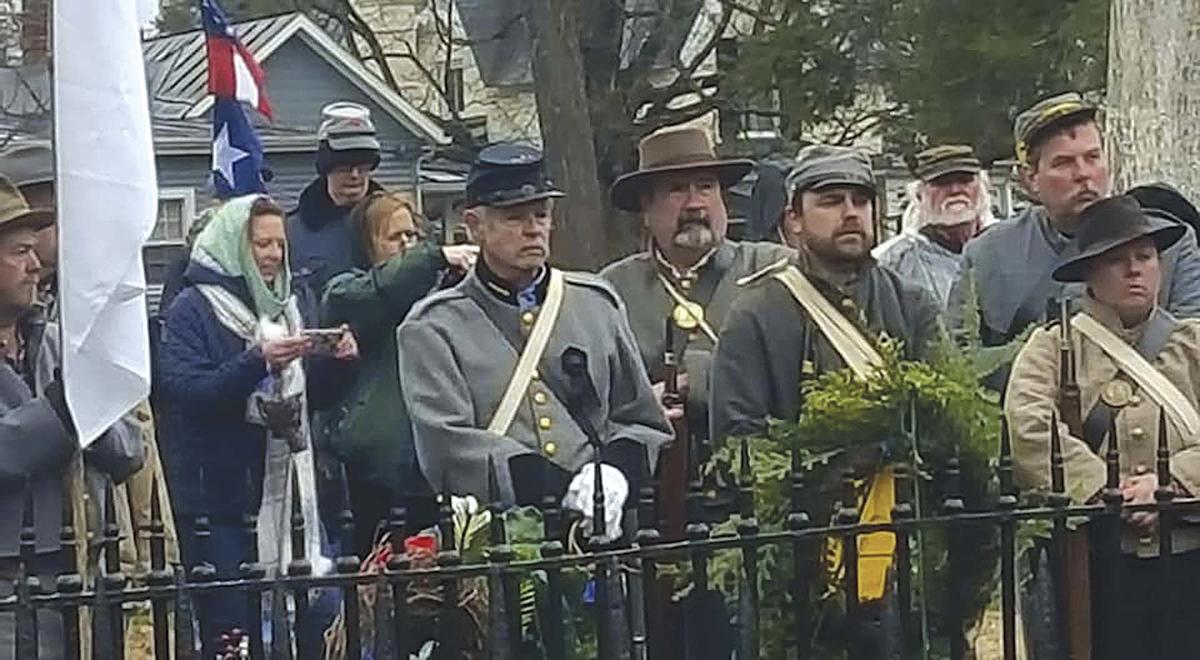 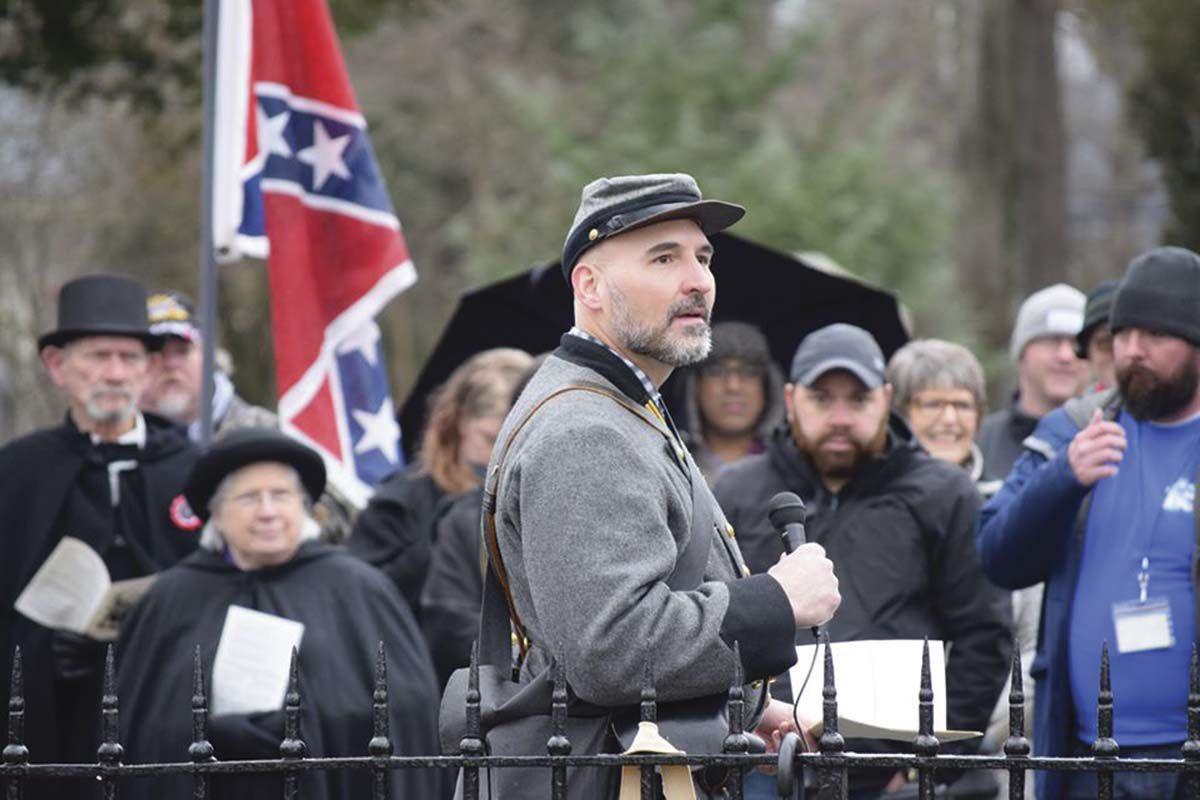 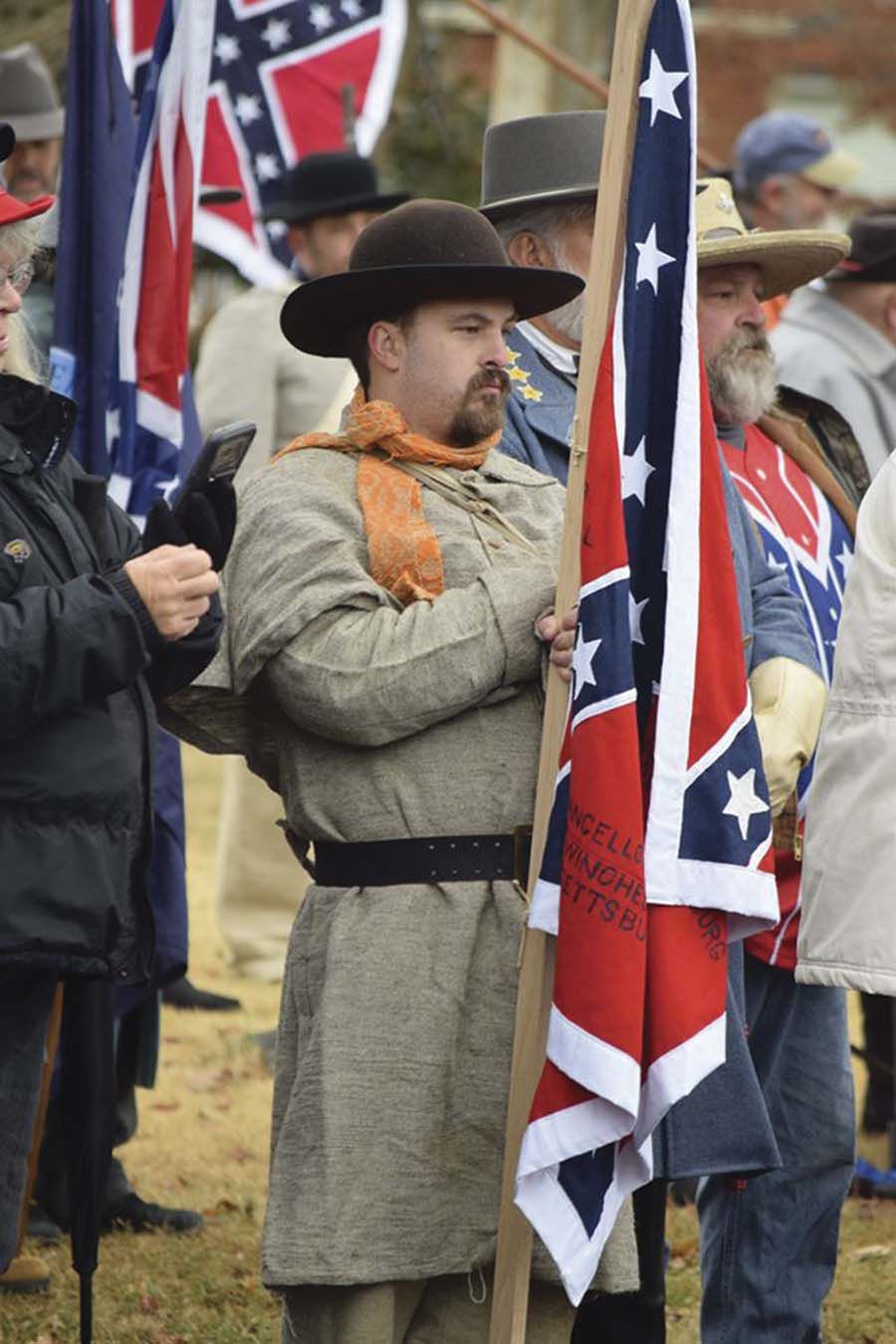 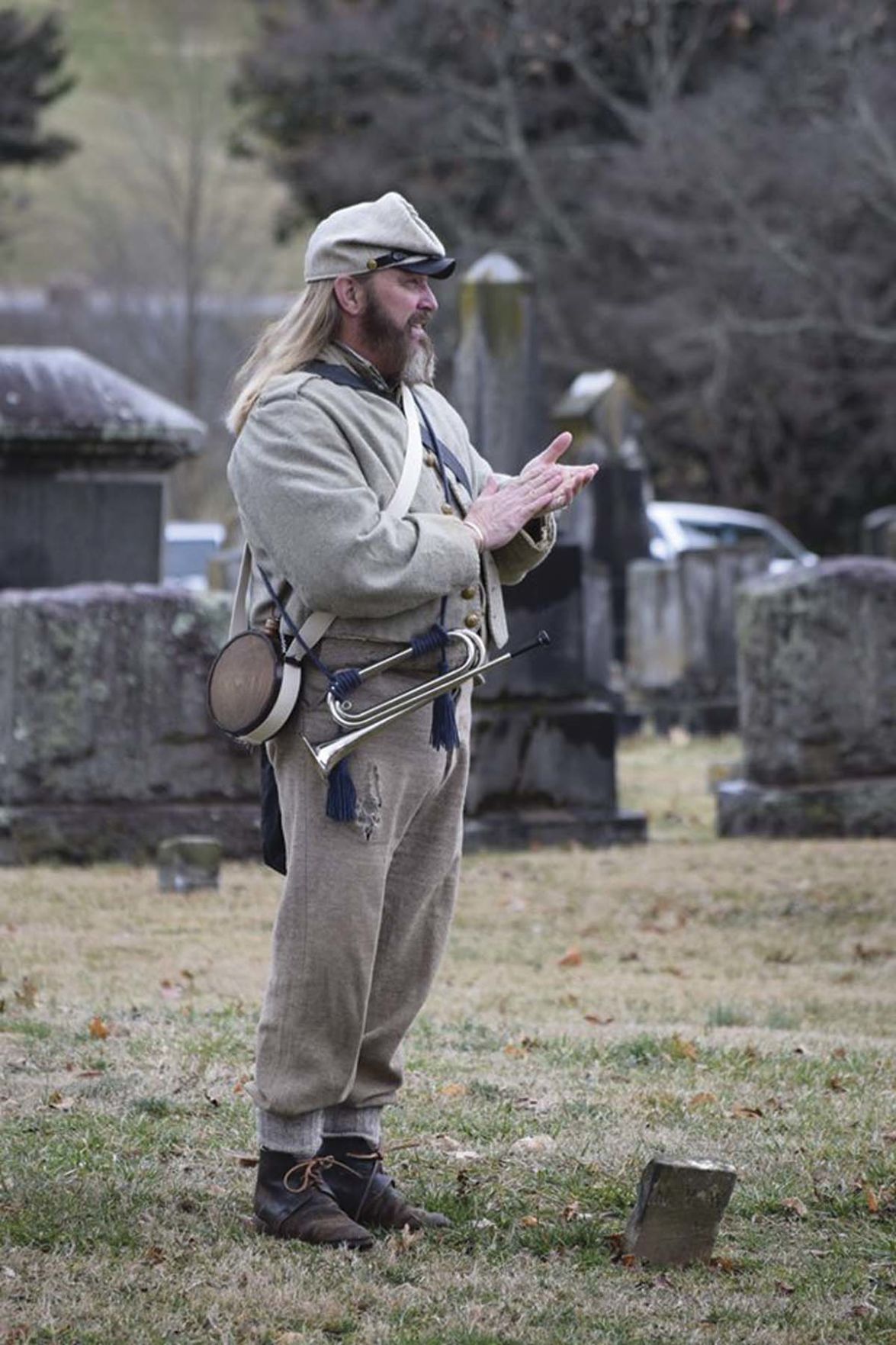 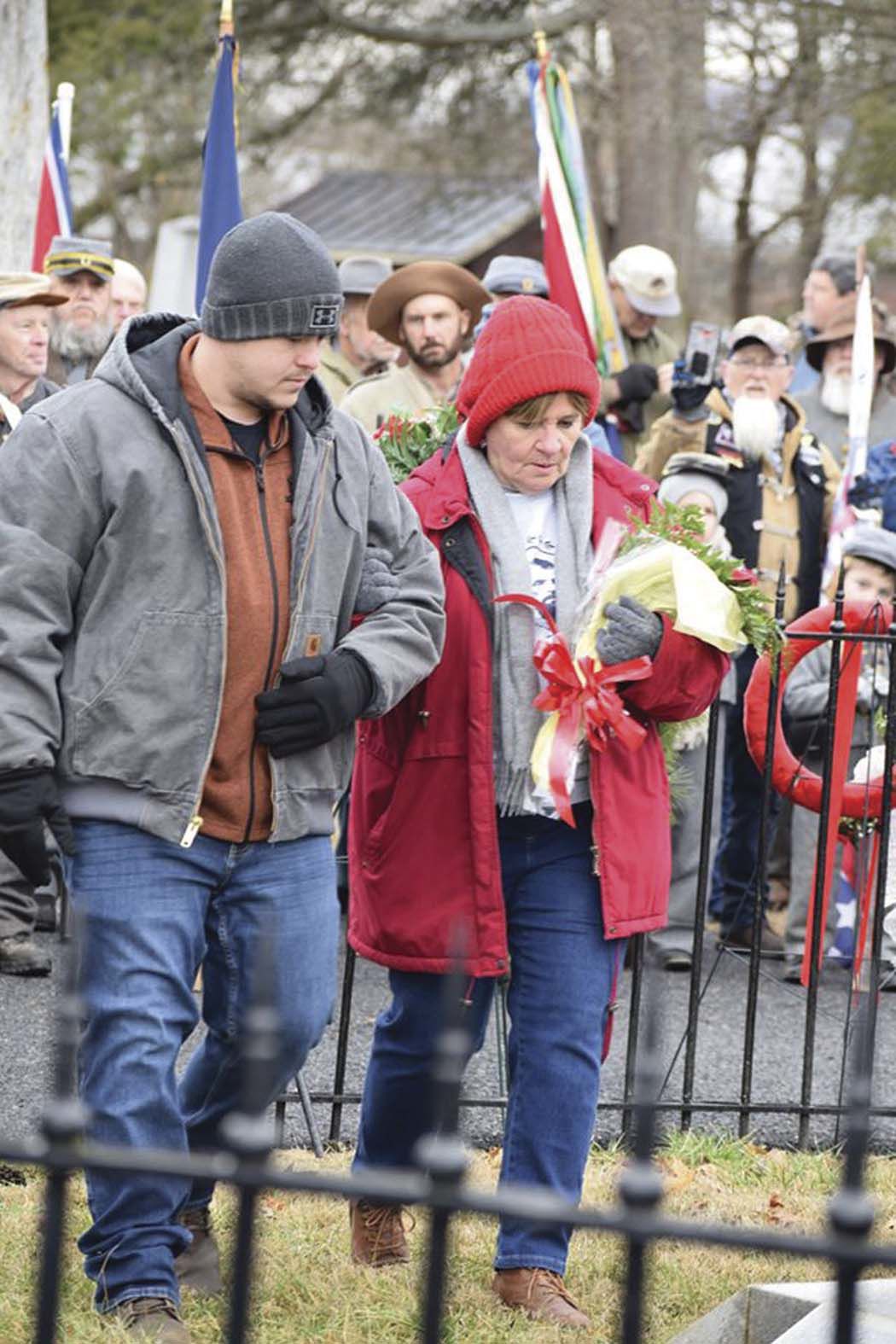 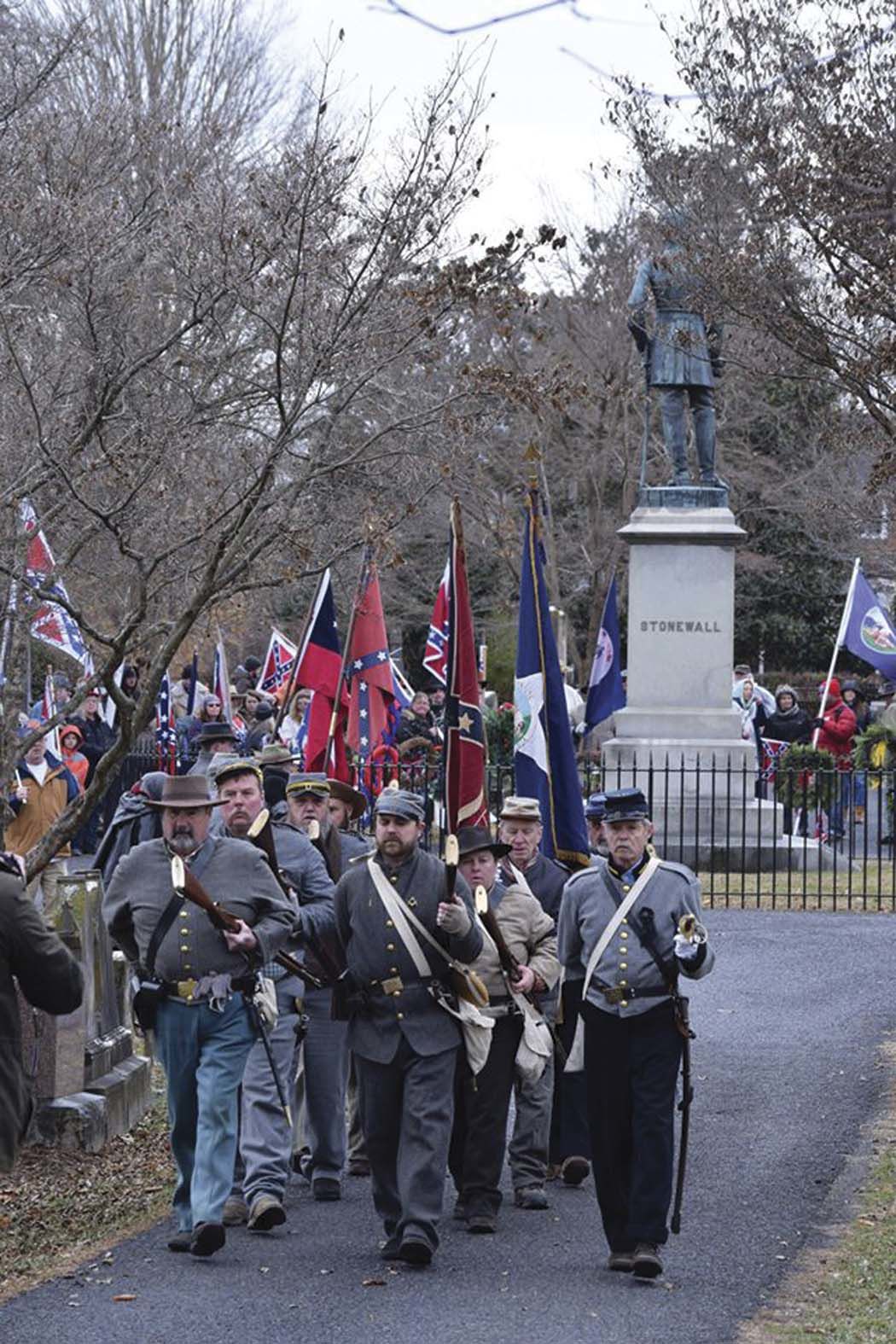 “To you, mothers of the Memorial Association, will be given the service of commemorating the soldier’s virtues in the hearts of those who come after us by the story of the illustrious dead, of comforting the hearts of those who mourn our lost heroes with such ministrations as bespeak the sympathy of the patriot and the loving kindness of those who are familiar with the same sorrow…To all men everywhere who prize in man the manliest deeds, who love in man the love of country, who praise ﬁdelity and courage, who honor self sacriﬁce and noble devotion, will be given an incomparable inheritance, the memory of our prince of men, the Confederate soldier.” Stephen D. Lee, 1906 (Excerpt of speech given in New Orleans)

On the weekend of January 17-18, 2020, they once again descended upon the beautiful town of Lexington, Virginia, for the annual Lee/Jackson ceremony.

They came because they heard the distant drumming of sacred principles beseeching them to remember and carry the banner forward.

They came to honor and carry out the charge entrusted to all who love our American history, heritage and legacy. They came for love of the virtues, and to continue being the guardian of history so that the fading of the gray will not be completed.

The annual Lee/Jackson Day held in Lexington, Virginia, witnessed a flurry of events. Several educational activities were held at the Hampton Inn Col Alto, starting at one through five.

Mr. William (Bill) Potter spoke on the topic of Stonewall Jackson’s military family: The best staff in the ANV. H. Rondell Rumburg spoke on the unique friendship between General Lee and General Jackson. B. Frank Earnest topic was the Second Fall of Richmond. Shane Anderson spoke on What the Newspapers had said: Black Confederate Myth Examined.

Each session lasted an hour with a question and answer period. The Virginia Flaggers held a candlelight service at the Stonewall Jackson Cemetery on Friday night.

January 18th, held great promise and began with a special question being asked of a lady.

The question was a surprise to all! It was the marriage proposal by Keith Holyfield to Susan Frise of the Virginia Flaggers.

The setting was in front of General Thomas J. ‘Stonewall’ Jackson’s stature and reinternment site.

The large gathering of people were privy to seeing Keith bend a knee and ask Susan to be his wife. She said yes, and the spectators erupted in a loud response. One person said that how could she refuse with General Jackson watching!

At 10:30 the annual Stonewall Jackson Memorial ceremonies began with a grand presentation of the colors. The order of the memorial service included the invocation by Reverend Linwood Wilkes, and the welcome by Michael W. Pursley SCV Camp 1296.

He also introduced Fred Chiesa, Lt. Commander of the Virginia Division, Jennifer Thomson, 2nd Dis. Virginia United Daughters of the Confederacy, and Kiersten Thomson, Honorary President of the Children of Confederacy. Amazing Grace was performed followed by the laying of the wreathes at the Stonewall gravesite. The Lord’s Prayer was recited, followed by the 5th Virginia Infantry Honor Guard salute. Taps was played by a lone bagpiper.

At 11:15, a parade was conducted through downtown Lexington.

The participants left the cemetery and solemnly and respectfully marched. At 12:00 another memorial service was held at the Hampton Inn Col Alto. Author Phillip Leigh was the speaker and his topic was Defending Confederate Memorials. At 1:30 a luncheon was held.

After the luncheon, goodbyes were said and old/new friends vowed to return the following year regardless of the impending removal of the Lee/Jackson Day from the state calendar.

They are charged with the guardianship of history, the emulation of virtues, the perpetuation of sacred principles and are duly-bound to maintain them for future generations to remember and reflect upon the sound of drums and fife echoed through the land.

Lest we forget the cost of freedom.