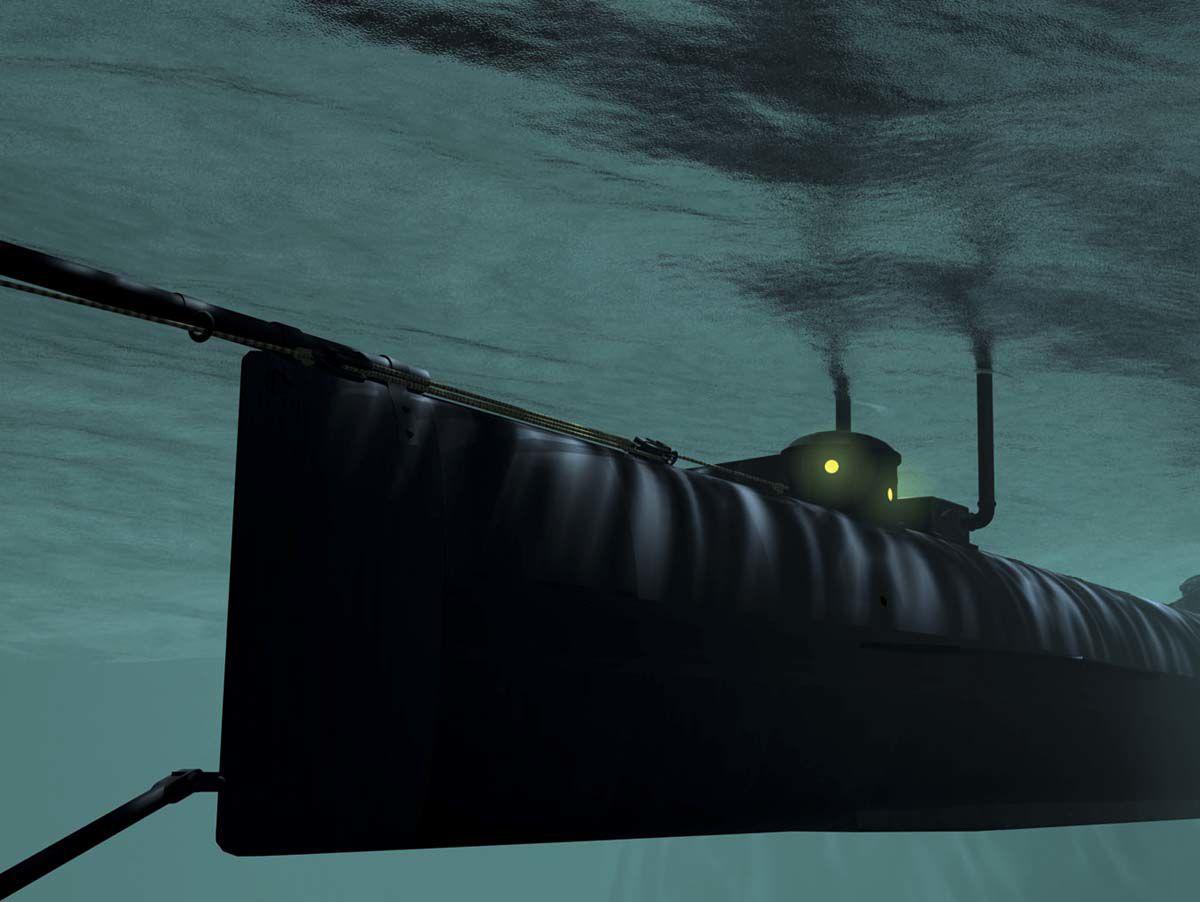 Clemson researchers have discovered the Hunley’s air circulation system was not in use when the experimental underwater vessel and her eight-man crew disappeared over a century ago. 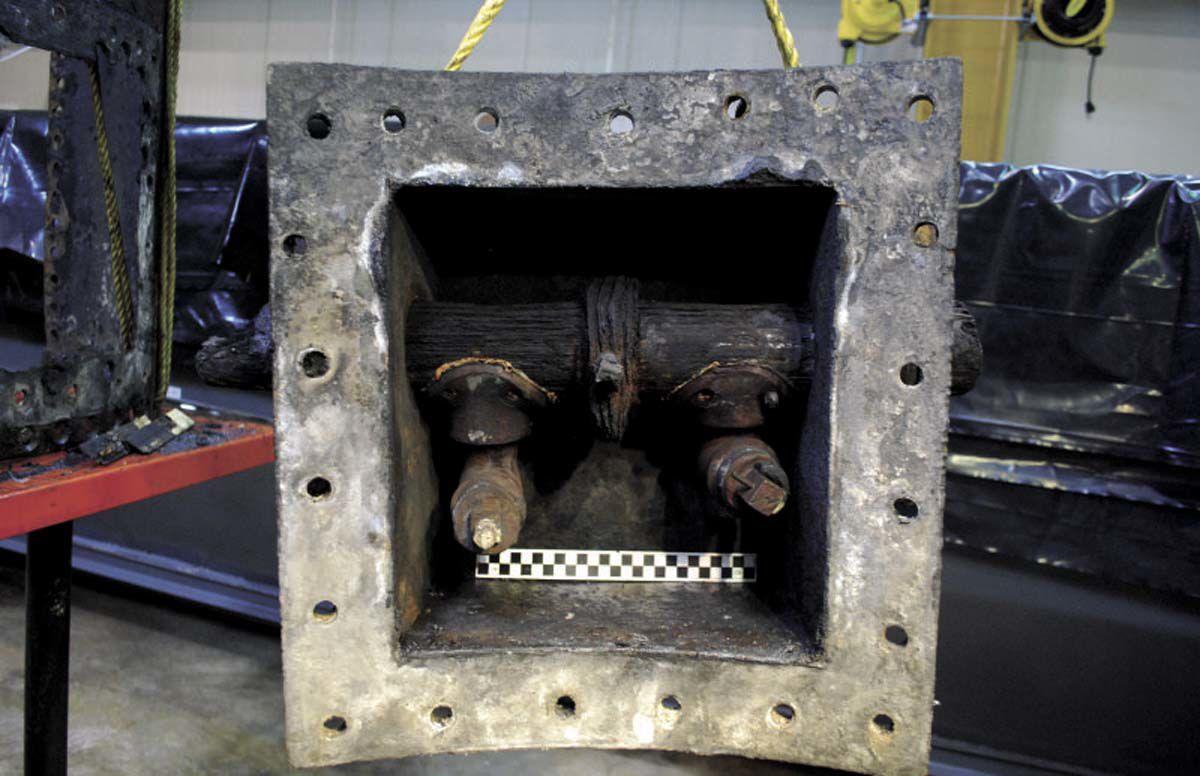 Clemson researchers have discovered the Hunley’s air circulation system was not in use when the experimental underwater vessel and her eight-man crew disappeared over a century ago.

Clemson researchers working to understand why the world’s first successful combat submarine vanished have uncovered an important new clue in their investigation: The Hunley’s air circulation system was not in use when the experimental underwater vessel and her eight-man crew disappeared over a century ago.

The Hunley was no different than modern day submarines. Their success was based on their ability to remain undetected.

The Hunley could hold enough oxygen for the crew to survive for roughly two hours.

There were only two ways to replenish oxygen. One was to use the air circulation system, which was designed to be stealth and allow them to discreetly get fresh air.

The only other alternative was to come to the surface and open the hatches, a potentially dangerous move if enemy ships were nearby.

The USS Housatonic was one of many Union ships blockading Charleston Harbor during the Civil War. When she was sunk by a surprise attack from the Hunley, it created confusion on the sea that night in 1864. Almost immediately, other ships came to the aid of the Housatonic to rescue the survivors.

It is possible the Hunley was surrounded. This would have left the submarine with very few options to escape, unless they could remain unnoticed.

The crew may have attempted to stay beneath the water’s surface until it was safe to try to make their way back home.

If they miscalculated the timing or thought it was too dangerous to come back up to open the hatches for air, they may have slowly run out of oxygen to breathe.

“The air circulation system is certainly one of many important clues to consider when trying to piece together the events of that night.

Still, this finding alone does not mean the Hunley crew perished from lack of oxygen,” said Clemson Archaeologist Michael Scafuri. Scientists say it is possible the builders were unable to perfect the design or, when the system was not in use, they dismantled it to make more room in the cramped crew compartment. Or perhaps they simply didn’t think they needed it that night.

How Did it Work?

The air circulation system was designed to be stealthy. To prevent detection, the snorkel tubes could be raised when in use and then lowered if they were close to enemy ships. When they were straight up, the submarine could stay several feet beneath the water’s surface and still allow fresh air into the hull for her crew.

There were two ~4.5-foot snorkel tubes, one on each side of the watertight snorkel box that was mounted to the top of the submarine.

The box connected to hand-operated bellows on the inside of the crew compartment by a rubber hose. The bellows pushed out dangerous carbon dioxide (which the 19th century crew at the time probably referred to as foul air) while pumping in fresh oxygen.

We may never know why it was disabled.

It appears the rubber hose connecting the snorkel tubes to the hand-pumped bellows was intentionally disconnected and tucked underneath the crew bench.

The snorkel tubes were also set to the lowered position and not engaged when the submarine was lost.

Using Science to Save the Air Circulation System

The air circulation system was highly corroded after years in saltwater, making its conservation a very delicate and complex procedure.

The system has brass, wood, leather, rubber and iron components, each requiring a separate conservation treatment.

The preservation work on the collection was recently completed and showcases the capabilities of the highly skilled Clemson conservation team.

The artifacts will now be available for future generations to learn about the origins of submarine warfare.

The Hunley Project (www.hunley.org) On the evening of February 17, 1864, the H. L. Hunley became the world’s first successful combat submarine by sinking the USS Housatonic. After signaling to shore the mission had been accomplished, the submarine and her crew of eight mysteriously vanished.

Lost at sea for over a century, the Hunley was located in 1995 by Clive Cussler’s National Underwater and Marine Agency (NUMA).

The innovative vessel was raised in 2000 and delivered to the Warren Lasch Conservation Center, where an international team of scientists are at work to conserve the submarine for future generations and piece together clues to solve the mystery of her disappearance.

The final goal of the project is to support the creation of a maritime museum to house one of the nation’s most comprehensive naval collections and tell the fascinating story of America’s history at sea.

The Hunley Project is conducted through a partnership with the Charleston Naval Complex Redevelopment/Naval Base Museum Authority, Clemson University Restoration Institute, Friends of the Hunley, Naval History and Heritage Command, and South Carolina Hunley Commission.