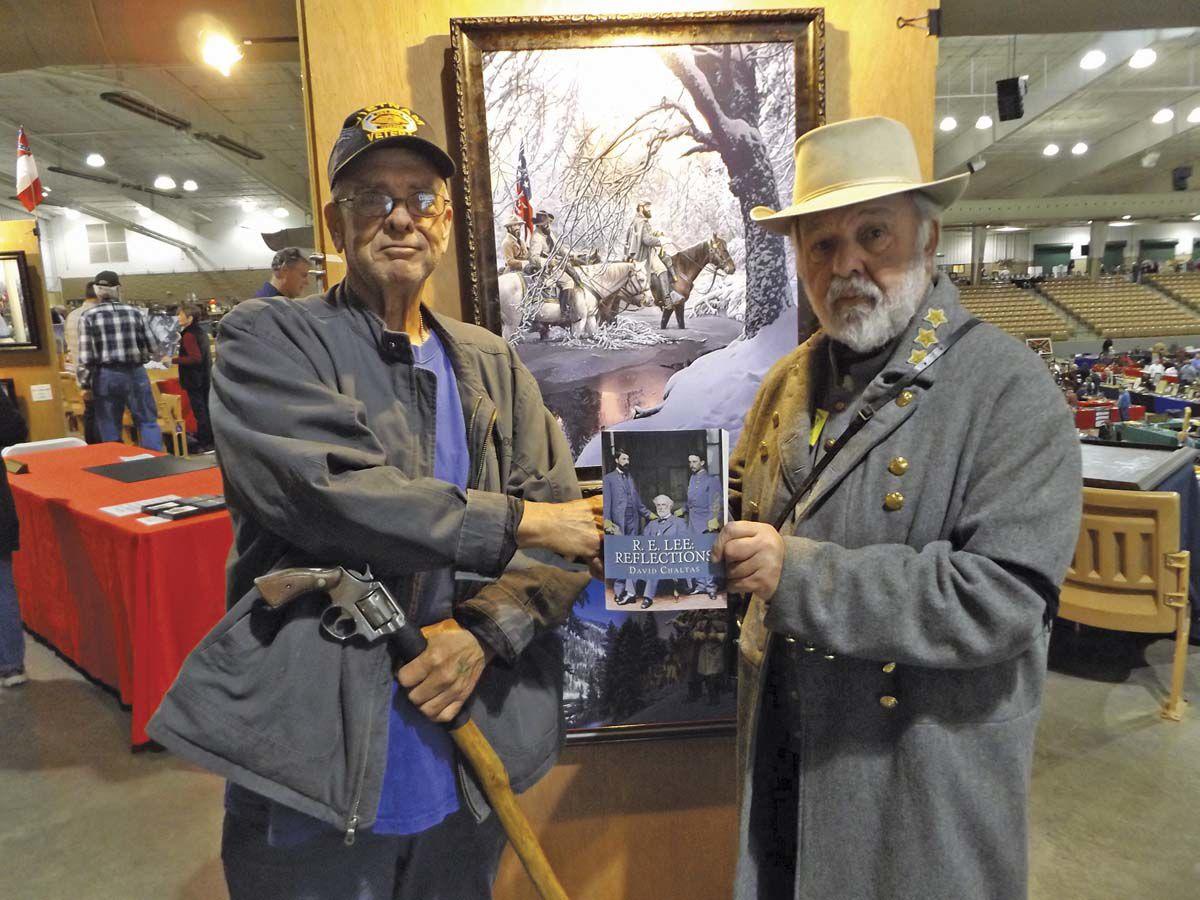 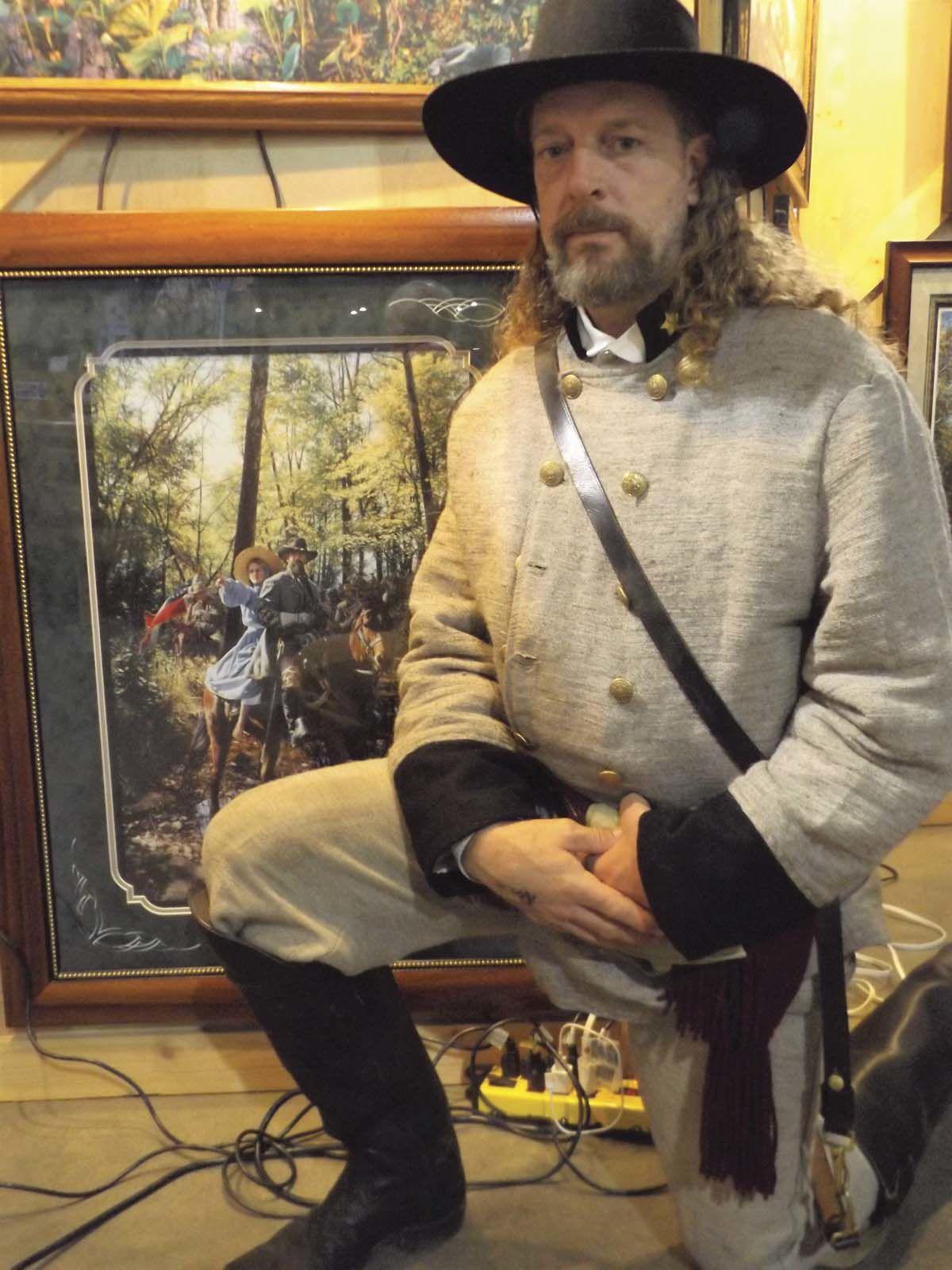 Have you ever seen a Widow’s mite as mentioned in the Bible?

Have you ever handled authentic American Indian pottery, arrowheads, spears or other artifacts?

Have you ever touched a Viking’s arrow or spearhead? And how many have held weapons of war from all periods or seen uniforms from Revolutionary to current day on display?

Where else might you run into Abe Lincoln, representatives of the United States Colored Troops, General Stuart, General Wheeler, and/or General Lee? The answer to all these questions rest with one answer: The Mike Kent Civil War Shows.

Mike Kent Civil War Shows began in 1990 and is now the largest Civil War Show in the world! With over four hundred shows since its conception, the venue continues to grow.

Their vision is that they will continue to produce family friendly, high quality shows, which offer the collector an opportunity to browse for collectable items in a safe environment.

The Middle Tennessee Civil War Show was conducted on December 7th through the 8th at the AG Expo Park in Franklin, Tennessee, just off Interstate 40, mile marker 61.

The upper and lower sections of the arena were packed full of vendors, with everything imaginable for the collector. Several hundred vendors displayed their wares at the Middle Tennessee Show.

While walking the floor, I had occasion to stop and interview some of the vendors from all over the country.

I saw dealers from all over the country talking and sharing with the public. The afterhours comradery was amazing and a time of renewal. Their comments were always complimentary and genuine. American Diggers stated that they enjoyed watching people finding ‘hidden treasures’ and seeing old friends. Military Images asserted it was not only selling, but meeting old friends and making new ones. Greg Newson, a Black artist from New York, stated it was a reunion and a place to recall our history as well as heritage. Abe Lincoln (Dennis Boggs) stated that it encompasses all aspects of history: from Biblical times to modern day. Everyone listening concurred.

D and K printing said that they love to attend where they meet likeminded people and have an opportunity to interact with the buyers as well as the artist, John Paul Strain. When asked why he attended such events, he stated that it was a ‘homecoming’. I think that sums up the feelings of so many present, including myself.

Rick Revel shared the following experiences and his impressions of the Mike Kent Shows.

“In December 1990, while I was living in Franklin, TN, I had an album titled “Songs of the North & South (East and West)” that I was promoting. Naturally as a musician/songwriter you look for your strongest venues to promote your music. I heard about the Nashville Civil War Show being held at the Nashville Fairgrounds, so I loaded up my truck and went to check it out. At the front entrance, I met a gentleman who was very accommodating. As I paid my fee to enter as a non-vendor, the helpful fellow at the door introduced himself as Mike Kent. When I told him what I was there to accomplish, he took the time to introduce me to someone who had a store in Gettysburg, PA that sold Civil War music. It was on that day that I made my first connection to sell my album and to say the least it was a very encouraging moment. More than anything though, it was the day I made a great friend.

I went back to the Nashville Civil War Show for the next few years as a non-vendor and Mike would always greet me with his smile. With my haversack around my neck, which was full of CD’s containing my music, I would go around introducing myself to the vendors with hopes of selling more product. It was during one of those visits that Mike suggested that I take my guitar and perform some of my songs from the album. He found me a place to make a stage and I began to sing and from that point forward I became a bonified vendor instead of a vagabond with a haversack. Even when Mike made his transition from the Nashville Fairgrounds to the Ag Expo Center in Franklin, TN, I never missed an event. Faithfully every year I made my trek to the newly named, Middle Tennessee Civil War Show.

While I was at the December 2013 show I got a phone call that my Dad was sick and I had to leave suddenly. I would sadly miss the Civil War Show for the next four years in order to take care of my Mom and Dad who were dealing with severe health issues. After they both passed away, I got to rejoin my family of friends once again in December 2018 at the Civil War Show and as always, Mike Kent greeted me with his broad smile.

At the December 2019 event it felt like a family reunion as I walked in and began to set up my booth to promote my new book “In The Hills Of Tennessee”. After nearly thirty years of supporting this event, you may wonder why. The answer is simple. Mike Kent and the annual vendors who come from all over the United States are like family. So mark it on your calendar for next year, The Middle Tennessee Civil War Show will take place December 5th and 6th, 2020 and Mike Kent is ready to welcome you into the family.” Thank you Mike Kent for everything you do is paying homage to our American legacy.

For more information about upcoming events and/or how to obtain a station, go to the following links: http://www.mkshows.com/, email: Mike@MKShows.com; Phone: 770-630-7296, and/or go to Facebook.