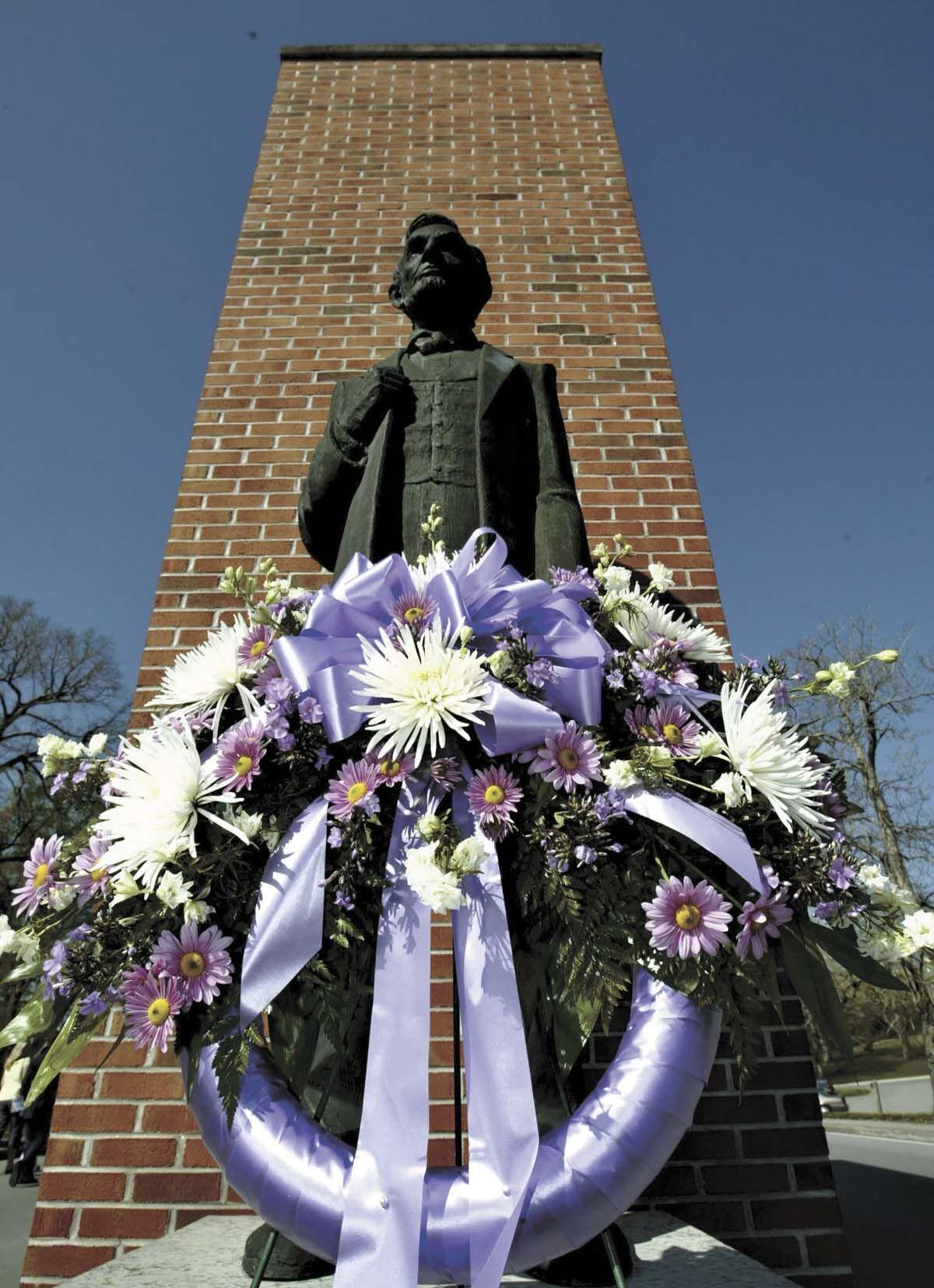 **ADVANCE FOR WEEKEND OF APRIL 23- 24 ** A wreath stands beneath a statue of Abraham Lincoln at the entrance to Lincoln Memorial University during a ceremony commemorating the 140th anniversary of Abraham Lincoln's death, Friday, April 15, 2005, in Harrogate, Tenn. The university was founded in honor of Lincoln. (AP Photo/Wade Payne) 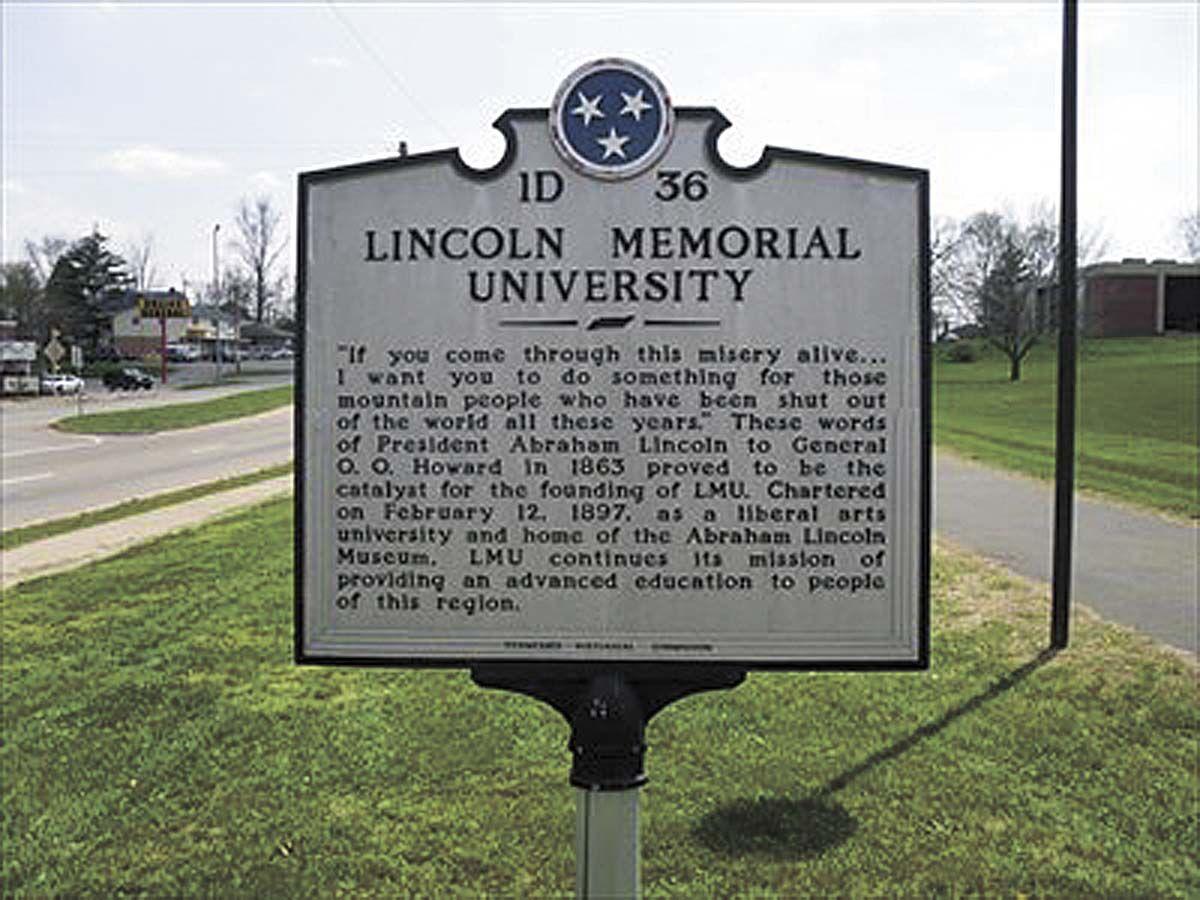 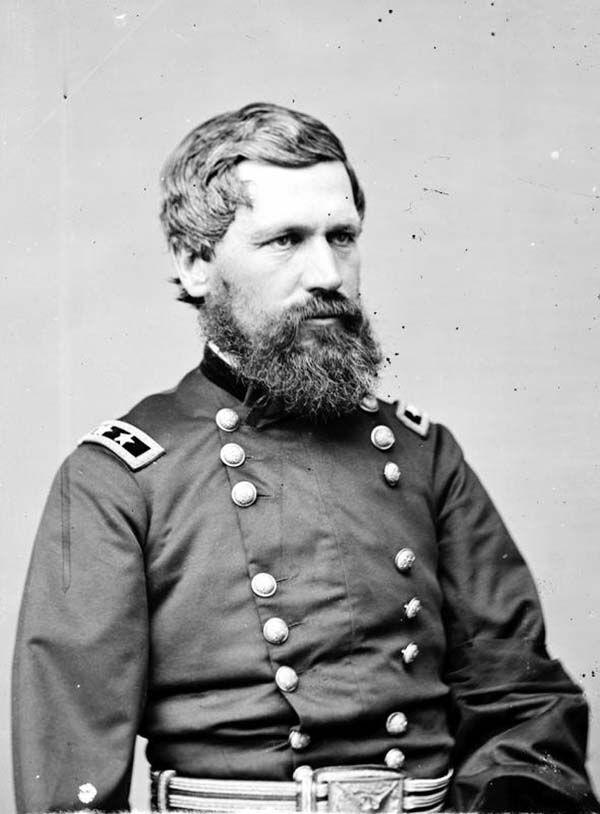 **ADVANCE FOR WEEKEND OF APRIL 23- 24 ** A wreath stands beneath a statue of Abraham Lincoln at the entrance to Lincoln Memorial University during a ceremony commemorating the 140th anniversary of Abraham Lincoln's death, Friday, April 15, 2005, in Harrogate, Tenn. The university was founded in honor of Lincoln. (AP Photo/Wade Payne)

Robert Patterson was the first son of six children. He was born on February 4, 1834, on the old Patterson Plantation just a mile or so south of the Cumberland Gap in Tennessee. He died on May 2, 1915, in Knoxville, Tennessee, at the age of 81. Robert was the son of Colonel James Morehead and Margaret Fulkerson Patterson.

His parents wanted the best education possible at that time and he wanted to be educated. Just before the War of Northern Aggression, Robert had graduated from the University of Pennsylvania.

Robert was only 25 years old when he enlisted in the Army of Tennessee on September 30, 1861, as a Captain of the 29th Tennessee Infantry, Company C, composed of men from Claiborne County, near the Kentucky border.

His brother, W.C. Patterson was a surgeon who was also in Company C. Company C participated in the following battles:

• In Mississippi: The Corinth Campaign.

• In North Carolina: The Carolina Campaign and Bentonville.

After serving two years with the 29th Tennessee Infantry, Company C, Robert was promoted to the rank of Colonel. He was on the staff of Brigadier General Seth M. Burtons Brigade, CSA, with the East Tennessee Campaign, where he served until the end of the war.

He surrendered with General Robert E. Lee at Appomattox, Virginia, on April 10, 1865.

After the surrender, he walked to his home at Cumberland Gap, Tennessee.

He obtained his law degree at graduation from Washington College.

Under the guidance of that great Christian and military genius of the century, Robert E. Lee, Washington College had set high standards in its curriculum of education, aimed at educating mainly the Southern people during reconstruction.

After receiving his law degree, he served as a lawyer for twelve years and was also a writer, educator, and Presbyterian, by faith, in Claiborne County, Tennessee.

Robert and Rachel parented two sons, Robert Jr., and Reese; both became Doctors in Knoxville, receiving their medical degrees for the University of Louisville, Kentucky. They also served on the Board of Directors at Lincoln Memorial University, Harrogate, Tennessee.

Colonel Patterson, along with Federal General O.O. Howard, (Lincoln’s vision during the war was an educational institution for the people of East Tennessee, East Kentucky, and Western Virginia) forgot their war time differences and established Lincoln Memorial University.

The Colonel was the first Vice-President and was one of the first Trustees of the University.

This all became reality on February 12, 1897, in remembrance of Lincoln’s birthday.

The following is part of an article, a tribute to Colonel Patterson at his passing, which appeared in the Cumberland Gap News, Saturday, June 15, 1915. (This information is courtesy of Lincoln Memorial University Library.)

“The faith and motive, as in the life and character of Col. Robert F. Patterson, make a happy link between the old and new South. He was of the old when romantic Chivalry was in bloom and happily he caught within his life its fragrance, also, he was of the old when the mighty conflict for National unity came and for his part in the Confederacy with manly heroism. He was of the new in the struggling day of reconstruction and no one was more fair or loyal to the interest out of which came the New South. Always optimistic and at times uttering the words of a prophet, always consistent and at times revealing the highest courage. Colonel Patterson was a gentleman of the ole regime, but proudly and nobly adjusting himself to the order of highest things and thus revealing the spirit of a Christian knight.

“What he wrought in behalf of Lincoln Memorial University is his living monument. The man is seen rising above all the forms of sectional pride and standing out as a Christian Knight; his faith is dynamic, never wavering, but always optimistic; the desire that the best should come to the mountain folk became the dominant motive of his life. He lives today in the institution which he loved and he served it as a faithful director from its beginning up to the 2nd of May 1915, when he was released by death.”

“And when he fell-he went down as when a kingly cedar, green with boughs,

Goes down with a great shout upon the hills, and leaves a lonesome place against the sky.”