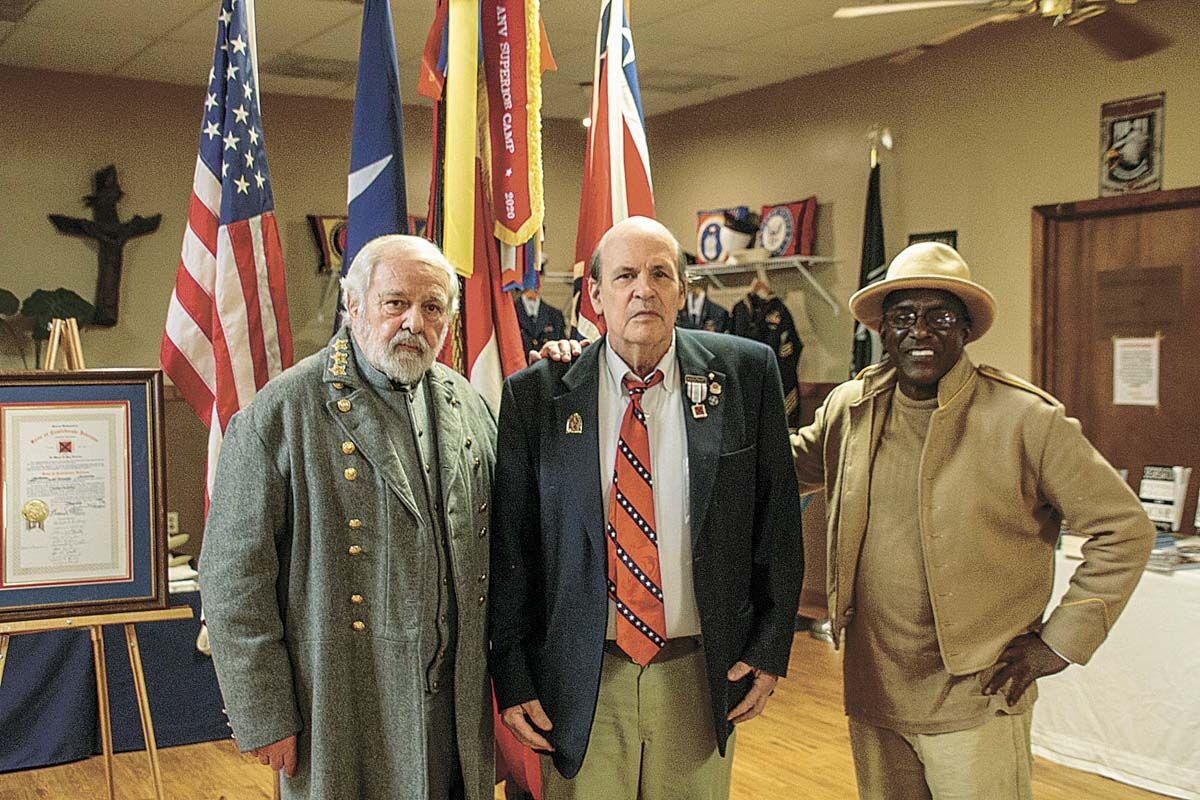 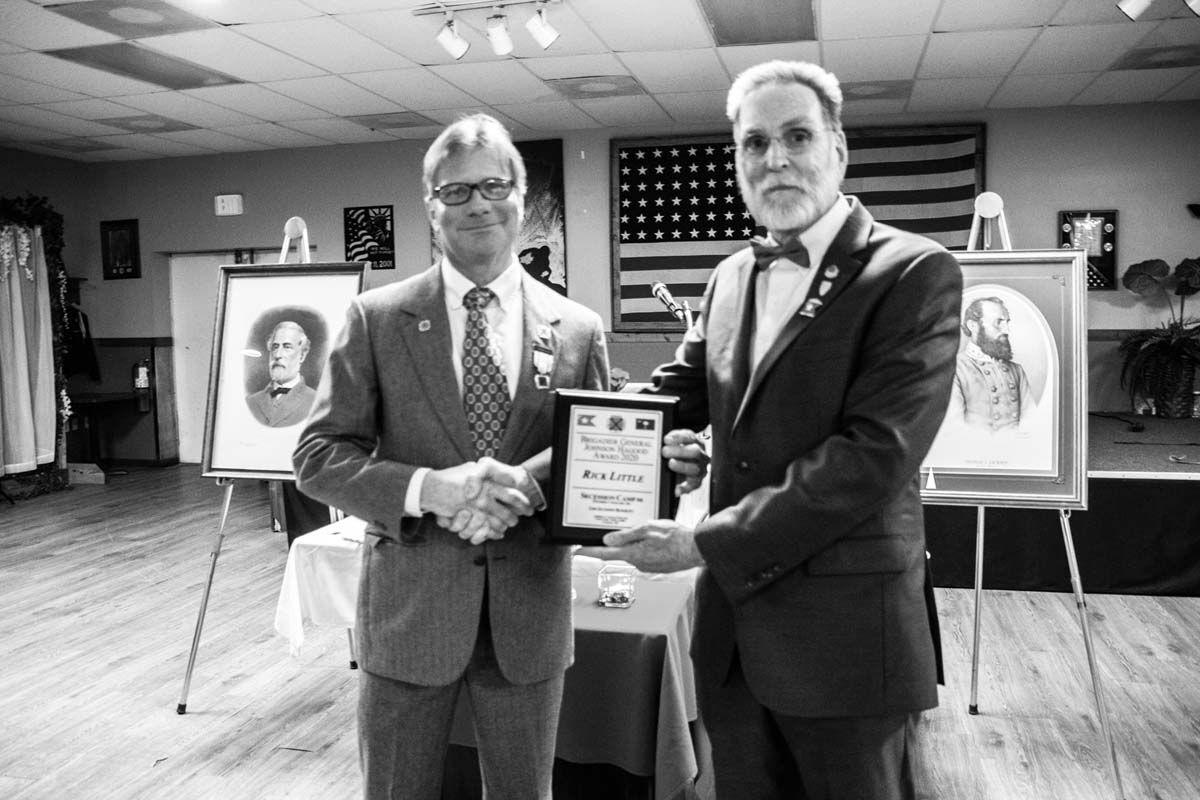 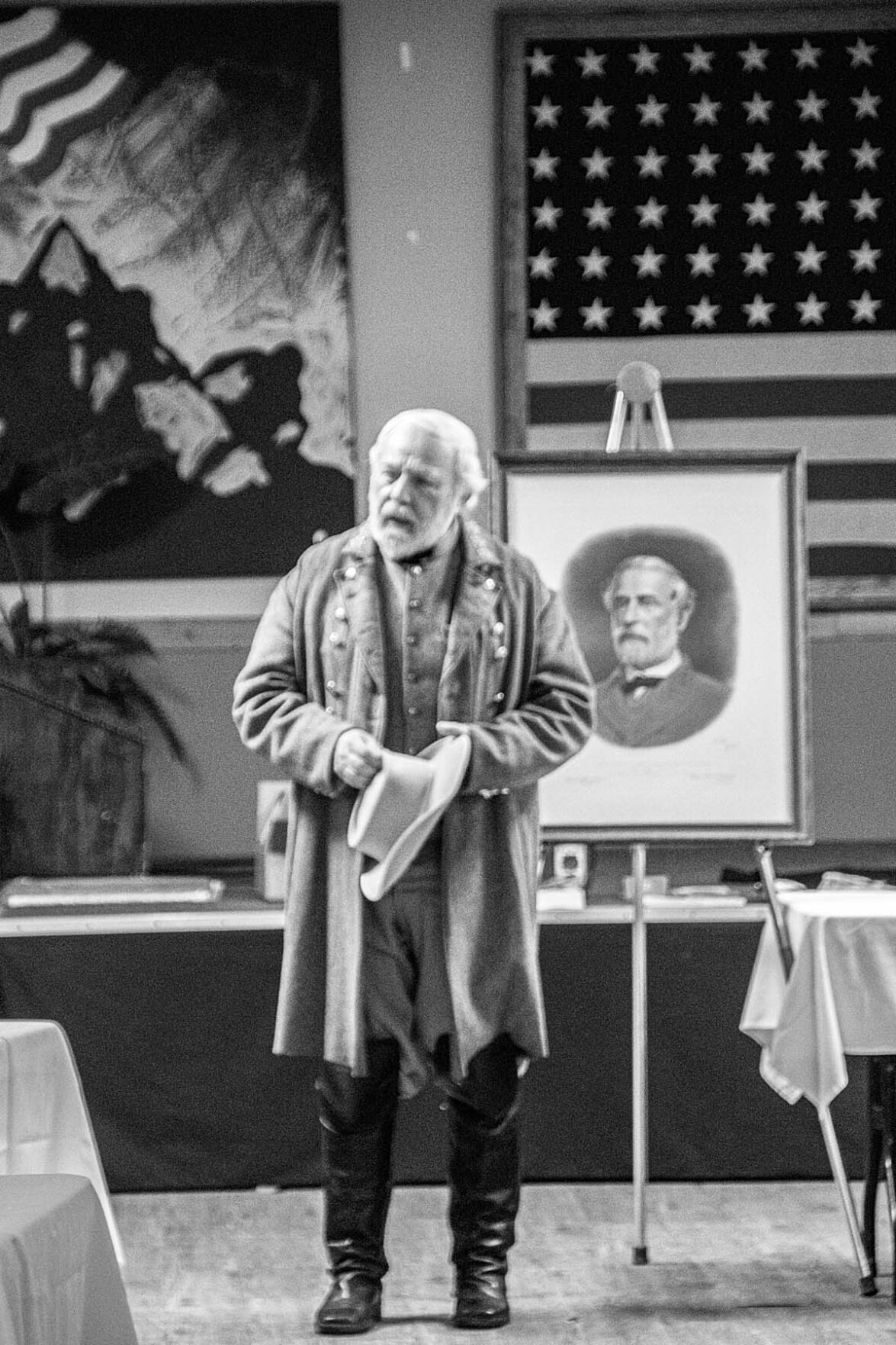 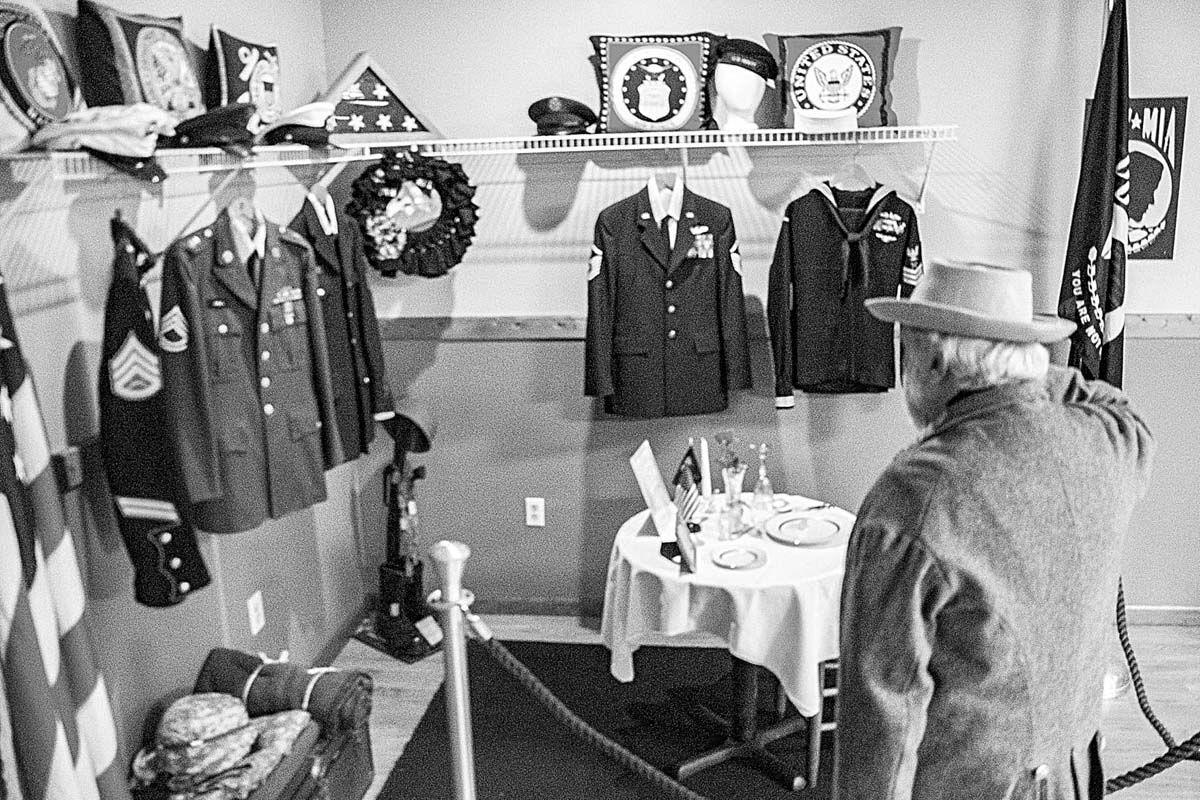 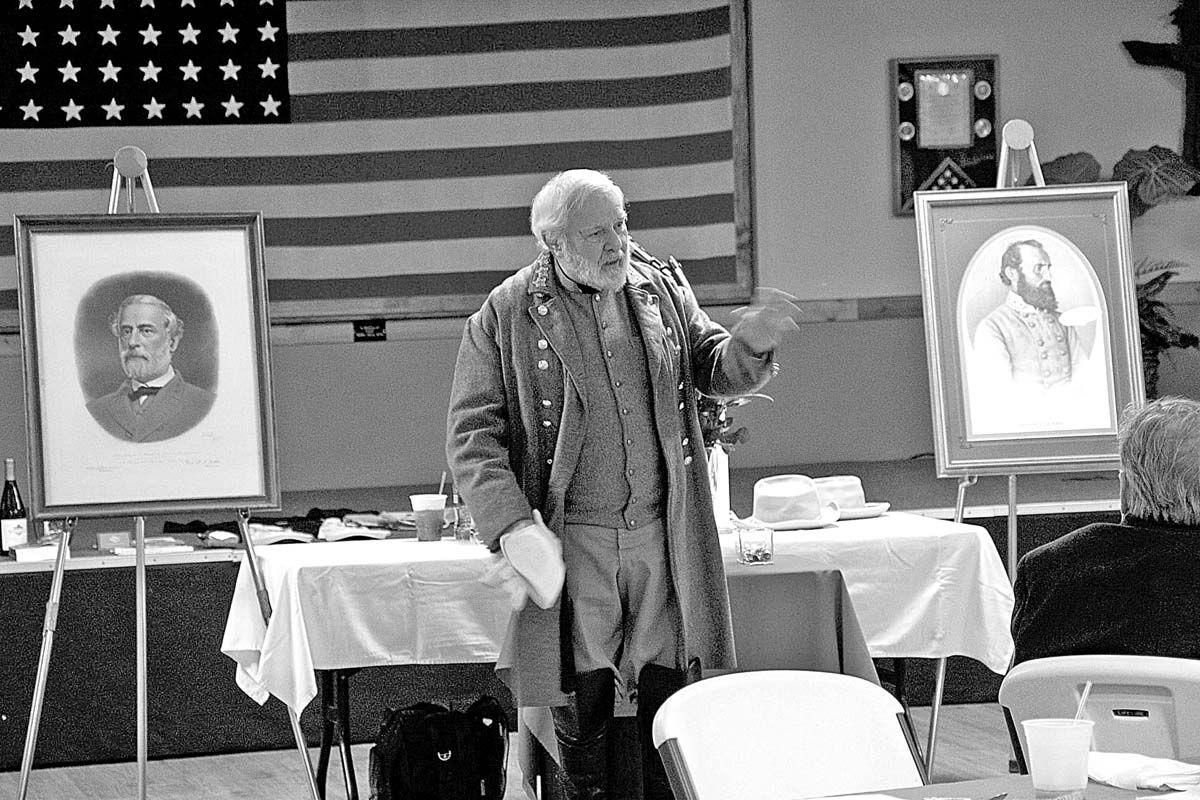 Over the course of my tenure as a living historian, I have attended many events, reenactments, banquets. and other festivities. I have found that I go as a stranger but I always return either with many friends and/or as a family. On the weekend of January 23, 2021, I was reunited with some old friends and made many new ones, as well as became family to some.

The SCV Succession #4 Camp held its 30th annual Lee/Jackson Banquet at the American Legion Post #166 in Goose Creek, North Charleston, South Carolina. Even before entering the building I and my dear brother, Gregory Newson, was greeted with much fanfare. As I entered the building I was humbled by the reception and good tidings towards me. After unloading my wares and setting up, I paid my respects to the corner of the building that housed uniforms from every branch of service along with a table set honoring those who have gone before. I gazed upon the Flag of our Fathers, the numerous memorabilia items lining the walls and once again felt a surge of pride for our country, heritage, history, and our American legacy.

The meet and greet went well and once again I felt humbled to be a small part of such a fine group of people. Commander Charles Long began the program by asking Chaplain Gene Patrick to offer the invocation. Color Sergeant Mark Blalock presented the flags, followed by the Pledge of Allegiance, salute to the South Carolina flag and salute to the Confederate flag. Commander Long then recited the charge.

Commander Long welcomed everyone to the 30th annual banquet. He spoke briefly thanking the American Legion staff for another outstanding job in preparing everything. He thanked the Mary Snowden Chapter for their hard work in decorating in an attempt to the banquet a success. He recognized guest and then once again asked the camp chaplain to offer a blessing for the food.

The dinner was exception and the conversation with everyone was so relaxing. Mr. and Mrs. General Hampton (Eddie Rogers and Heather), Gregory Newson and I discussed the upcoming Battle of Aiken along with the wedding of Gregory to Miss Lisa Blanding. The dinner was filled with great food and friendship.

Commander Long introduced the keynote speaker with many accolades about the presenter. I felt unworthy of such and simply added that my true resume should read that I am the chief of sinners, unworthy of the love of God but trusting alone in Him for my salvation. I presented a brief synopsis of Lee’s life but dwelt on his Christian character and the virtues he and General Jackson lived by. After my presentation, the Commander asked Lt. Commander Rick Little to give out door prizes. Everyone had a ticket and winners of the prices were pleased. Commander Long once again took the podium.

Three awards were given out to members of the camp. The White Star Award was given to Michael Thomas, the Johnson Hagood Award was presented to Rick Little and Cain Giffin, and the recipient of Compatriot of the Year went to Michael Dixon.

In the closing comments, Commander Long captured the essence of the reason we have Banquets honoring two men who represents Christian character, virtues, humbleness of spirit and love of their heritage. His words and toast were eloquent, passionate, and renewed the pride within this fielder’s heart as to why we must continue remembering our ancestors. We will truly never know who we are until we know who they were. We must embrace the good, the bad, and the ugly so that we can relish the good, learn from the bad, and eradicate the ugly without losing sight of either.

The meeting adjourned with a moving benediction by the chaplain. As I shook hands, bid farewell to my compatriots, and gathered my items I felt a sense of pride to having been a small part of such a well-organized, moving and yes, spiritual experience.