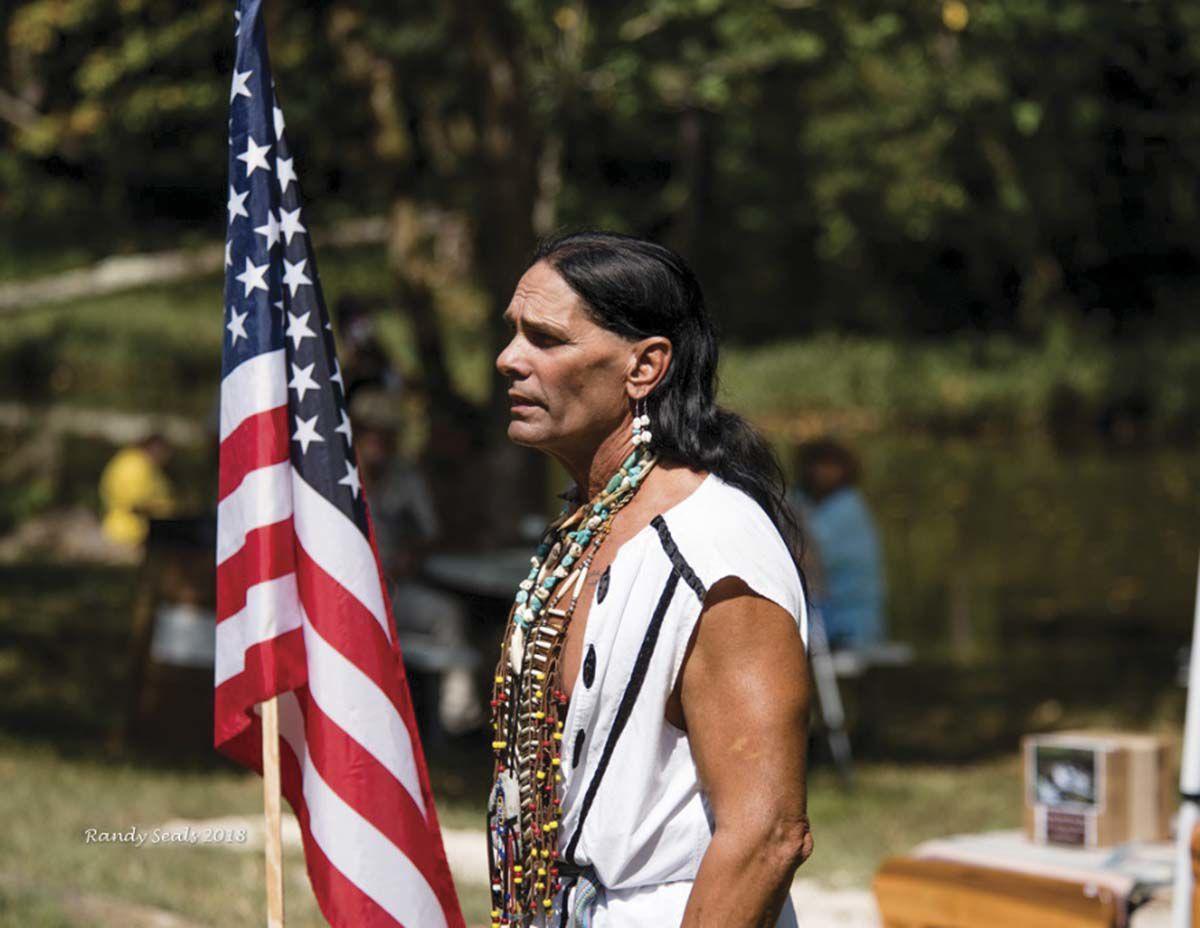 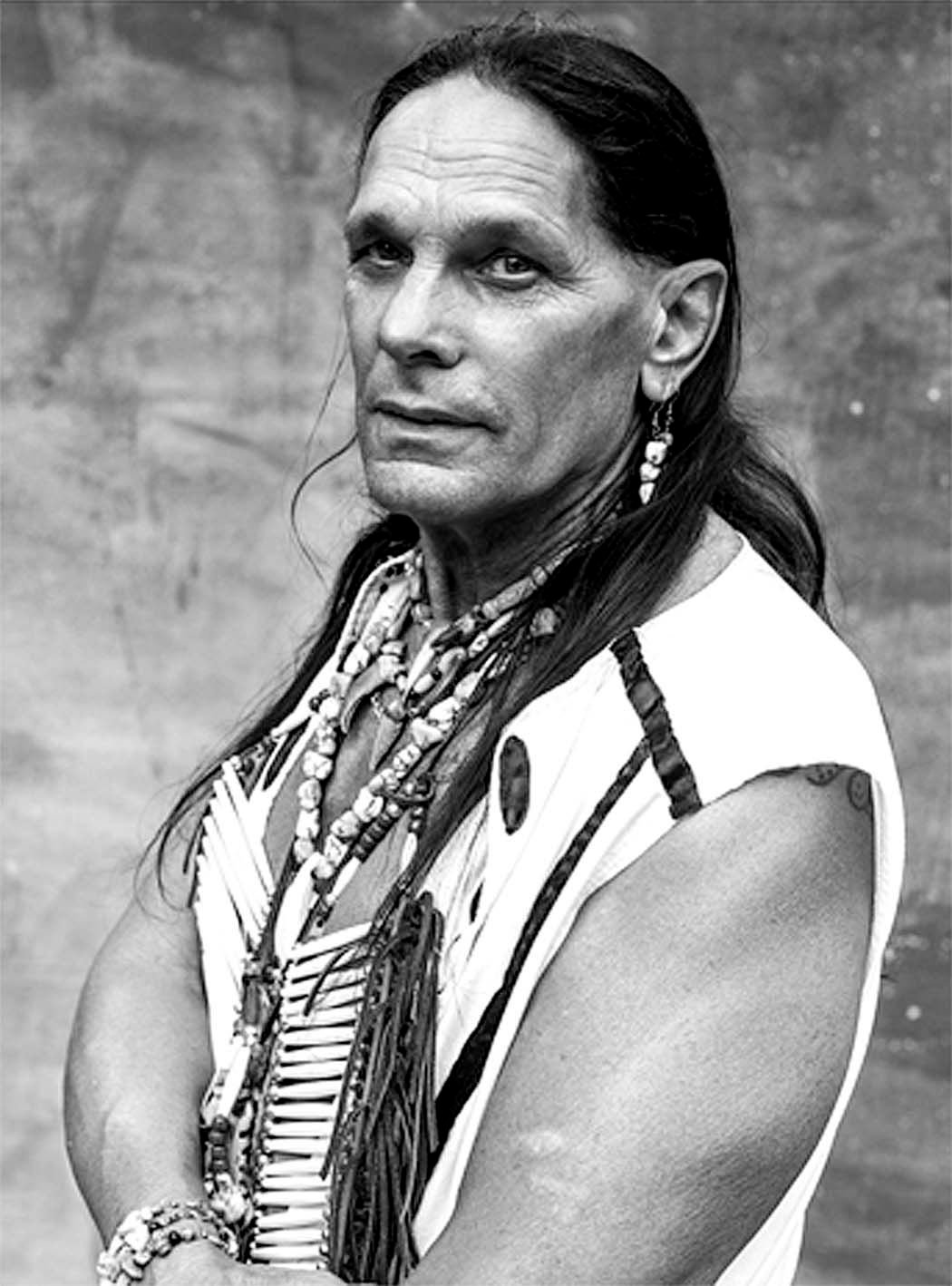 On December 15, 2019, I was awakened by a message received from Randy Seals, the one we call Image Catcher. He stated that our friend, Stonewolf, had died suddenly from a massive heart attack. Randy said that he was with Stonewolf all day Saturday at the Gathering and when he left, everything seemed fine. Three hours later, Stonewolf would be with his ancestors. I was shocked to say the least.

To have known Stonewolf is to have known someone who took care of himself. He exercised faithfully, followed healthy routines of life, didn’t indulge in the vices of the world and above all, followed the old ways of the Cherokee. He was so very proud of his heritage and history. He shared it with everyone or anyone who was what I call a ‘seeker’ or one interested in the Cherokee culture.

I became acquainted with him a few years back while at Amis Mill, which is located near Rogersville, Tennessee. The mill is famous for being the home of Thomas Amis who founded the farm in the last 1700s. Prior to his settling the land, it was the ancestral home of the Cherokee. In fact, the stone dam was built by the hands of the Cherokee and is the second largest such dam in the state of Tennessee. From the time that American Indians lived there, Revolutionary soldiers trained there, a Civil War event (Battle of Big Creek, November 6, 1863) was fought there and many famous people stayed at the Amis home. Andrew Jackson, Daniel Boone, Bishop Francis Asbury, John Sevier, and many others. It is a place of history and proud heritage. This was the locale where I first met Stonewolf.

I recall the first gathering that he had organized. I was introduced to him by Jake Jacobs, the owner of the Amis farm and restaurant. Immediately I felt at ease with him and during that time had opportunity to talk to him. Our conversation led to many over the phone and I was invited to join them on some adventures. It was indeed an honor to do so.

While talking to Stonewolf on the phone, he mentioned that I needed to have a name. He told me he would pray about it. I didn’t see him for a month or so but when I did I was greeted with the traditional handshake and presented with a name. He called me Running Buffalo due to being so busy and trying to take care of so many things for the people. I was honored and speechless. I wear the name with pride.

In the months that followed, I attended presentations at the International Story Telling Center and participated in the discussions. I attended powwows and had the honor of being with my brothers and sisters, Walking Bear, White Buffalo, Red Horse, Gray Wolf, Yellow Feather, White Dove, Rain, Grey Eagle, North Star, Black Hawk and others. Such adventures made my heart soar with the eagle!

I became acquainted with Rain, his son and immediately found someone in which I deeply admired. I began attending meetings of the Thunderbolt Warriors and found such knowledge and wisdom amongst the people. I found something that was missing in my life: family.

The shock of Stonewolf’s passing shook all of us. I knew I had to attend his visitation even though my body was rebelling against me. I had to pay my respects to those left behind, for I am fully confident that Stonewolf was at his reward. And I could listen and maybe share some of our times together.

After paying my respects, I sat with Kevin Witherell and Randy Seals (Image Catcher). We talked of happier times and reflected upon some of our common experiences. While talking, Randy shared something with me that make me realize there had been a sign on that Saturday just before Stonewolf was called home.

Randy, being a photographer, has the eye of an artist While looking around the property at Amis Mill, he came upon a board.

Within the outline of the board was the image of a wolf.

He told Stonewolf about it and took him to see the board.

Stonewolf also acknowledged seeing the wolf in the board.

They went back to the ‘Gathering’ and in a couple hours everyone said their farewells. Little did they know that this was the final farewell, as another walks the wind.

Upon reflection, Randy felt that finding the board that looked like a wolf’s head may well have been a sign.

All I know is that when he told me about the incident, I had chills.

For I believe that in our daily search for Christ we have indicators of forthcoming events and guiding posts.

When I got home, Randy sent me the picture of the Wolf Headboard and I am convinced beyond a doubt that it was an omen.

I also believe that the board is from the good wolf and is meant to honor and offer peace.

I pray to find that board and ask the owner to allow us to have it for the Cherokee room in remembrance and honor of Stonewolf.

My search for Christ has led me to many locations. My search for my Creator has afforded me many friend and loved ones, such as those brothers and sisters I call my family. My search for God has shown many wonders and unexplained things. The wolf’s head brought to my mind of the freedom Stonewolf has found. He now talks to his ancestors.

He now possesses all the knowledge of his people and hears firsthand the voice of Creator. He now possesses a peace that passes all understanding. He is now blessed among the people. He is Stonewolf. He runs with the wolves…

In honor of Stonewolf and his legacy in preserving the history of the region, plans are being made to continue with the annual ‘Gathering’ on the Amis Mill grounds. The Amis Mill historic settlement and Amis Mill Eatery are located at 127 W. Bear Hollow Road, located approximately two miles south of Rogersville, Tennessee. For more information contact https://www.amismill.com/.