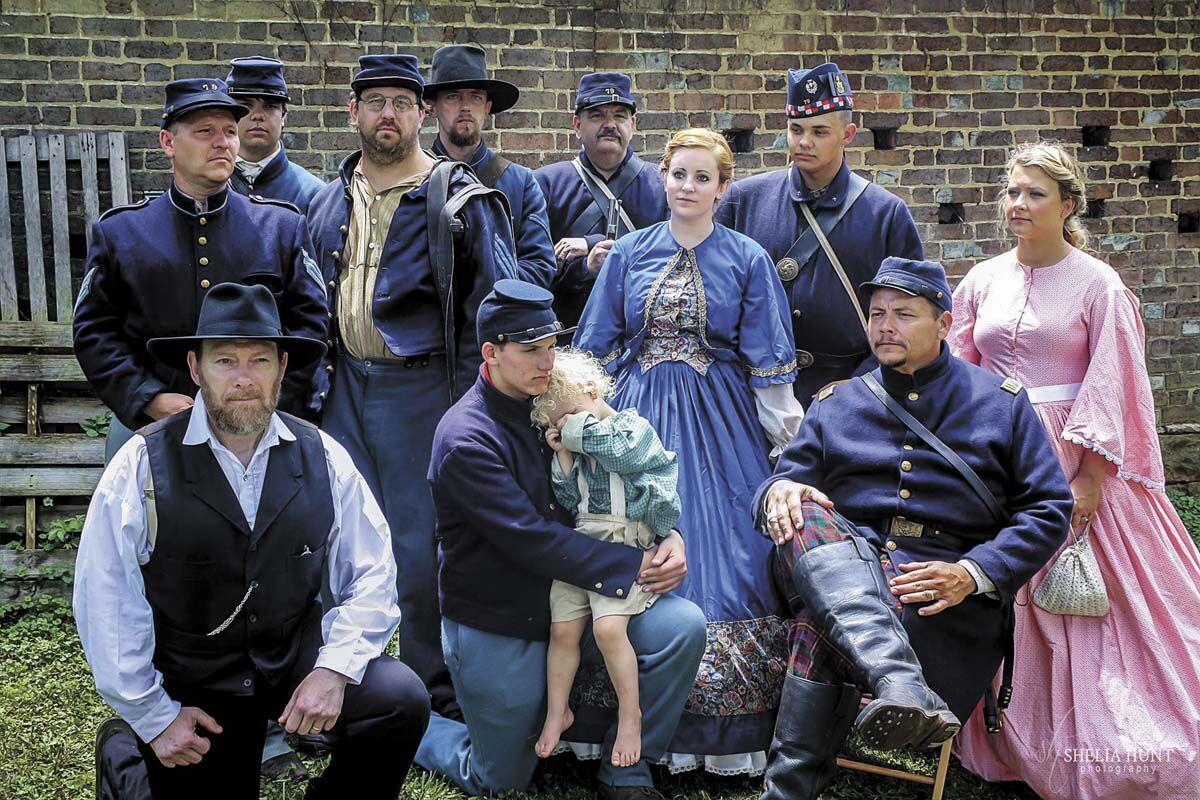 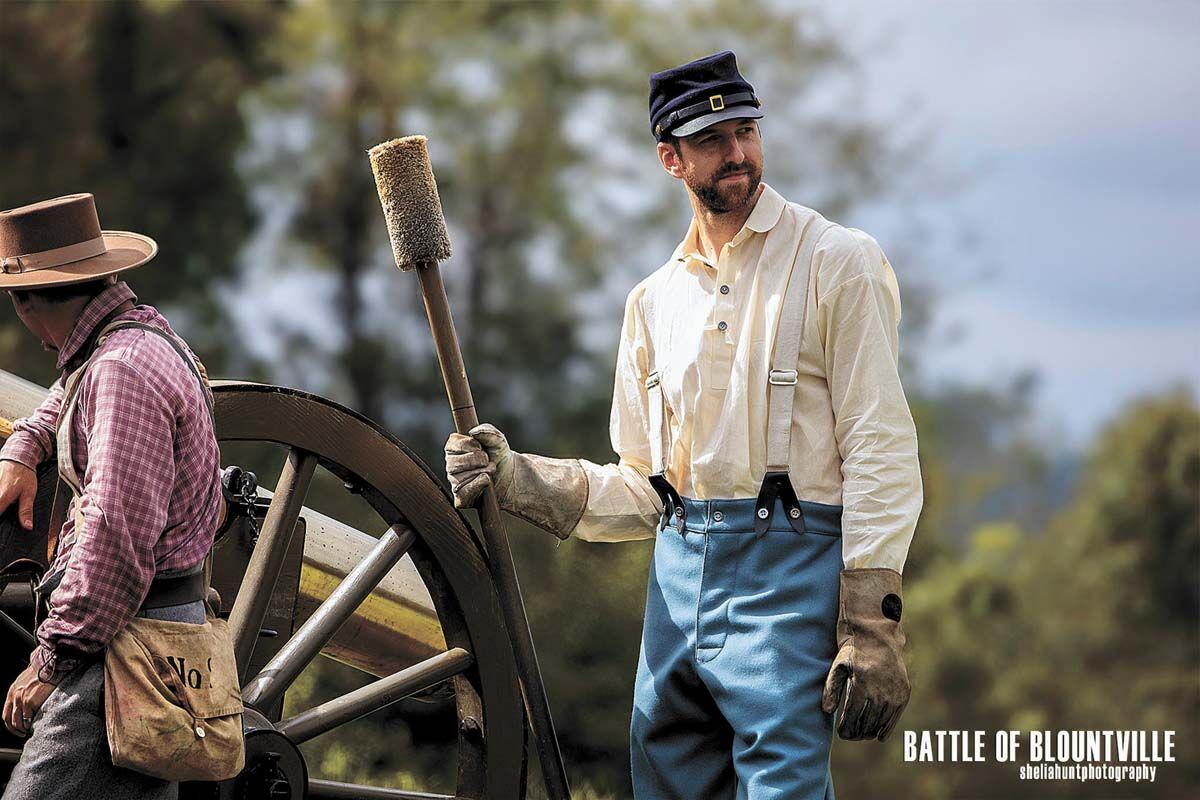 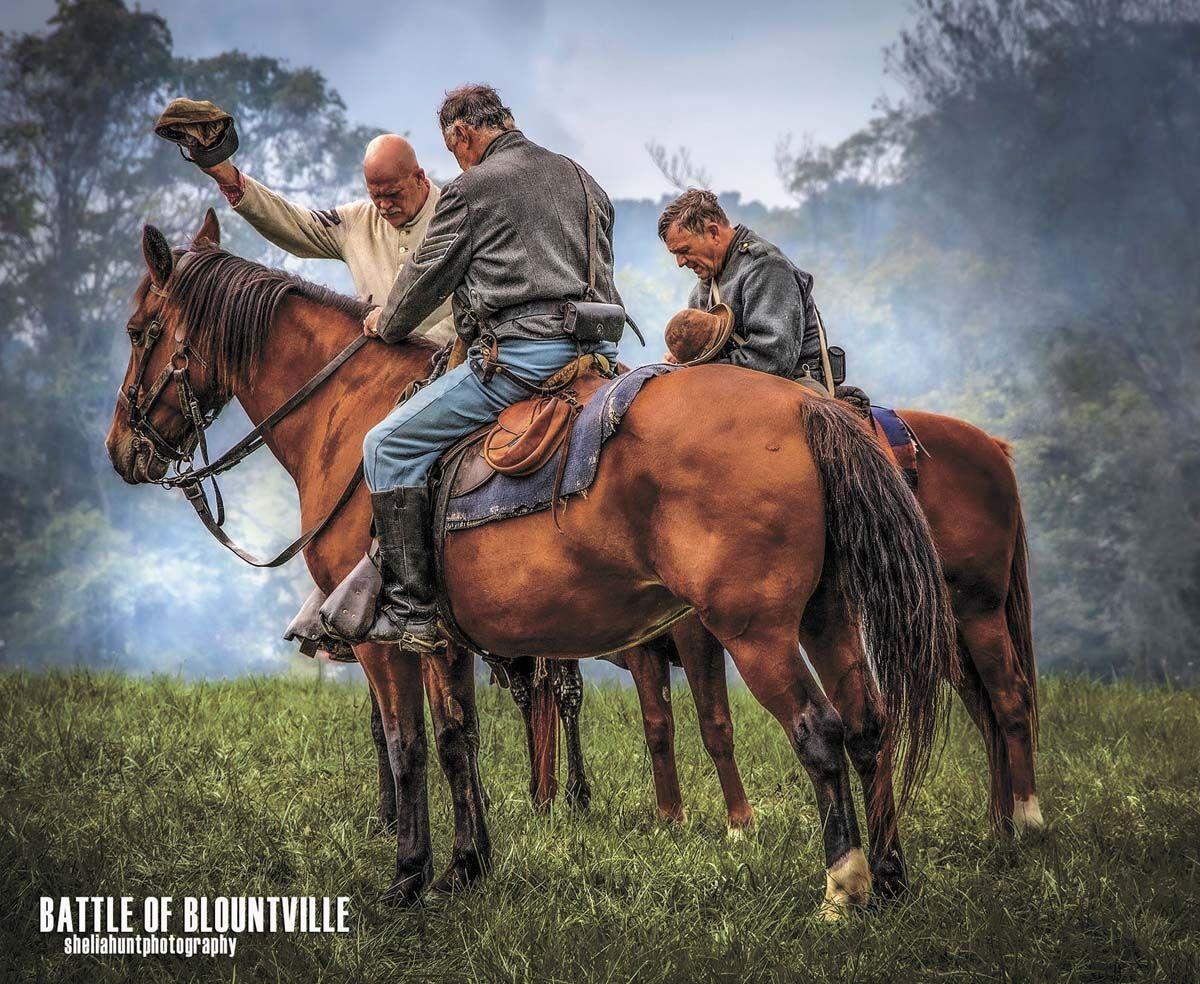 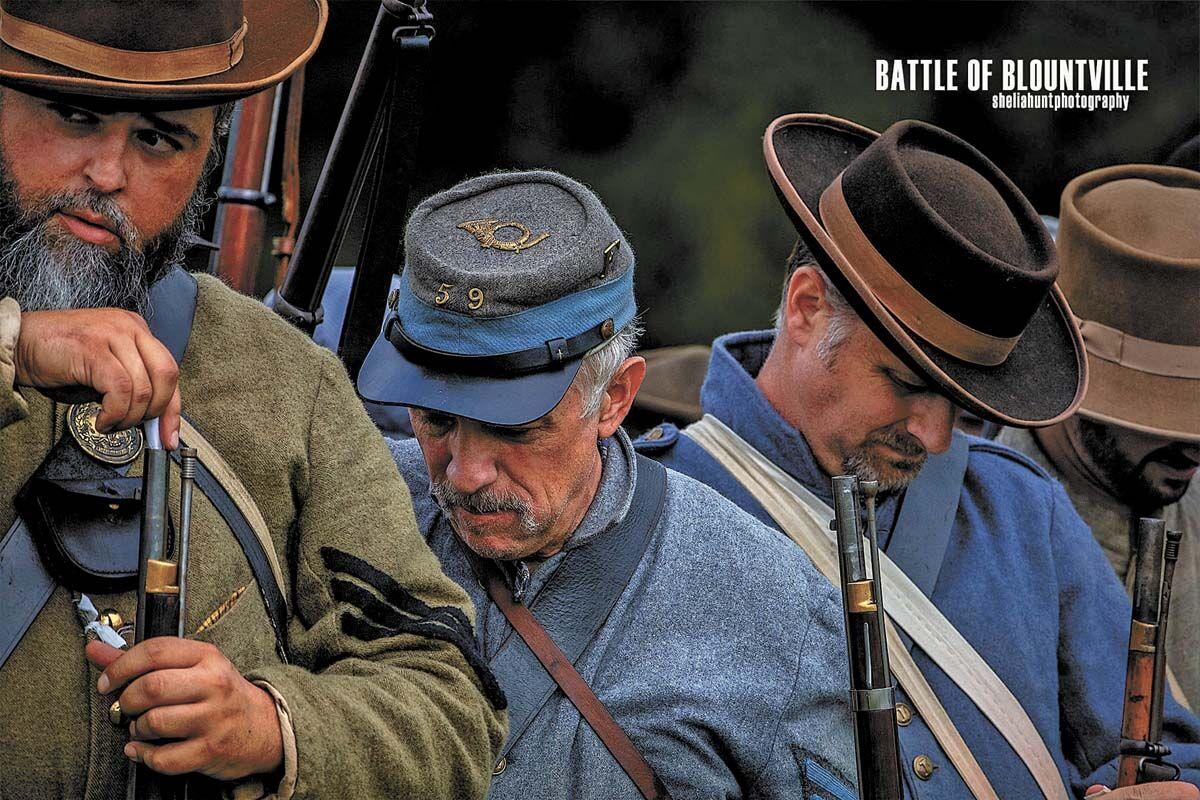 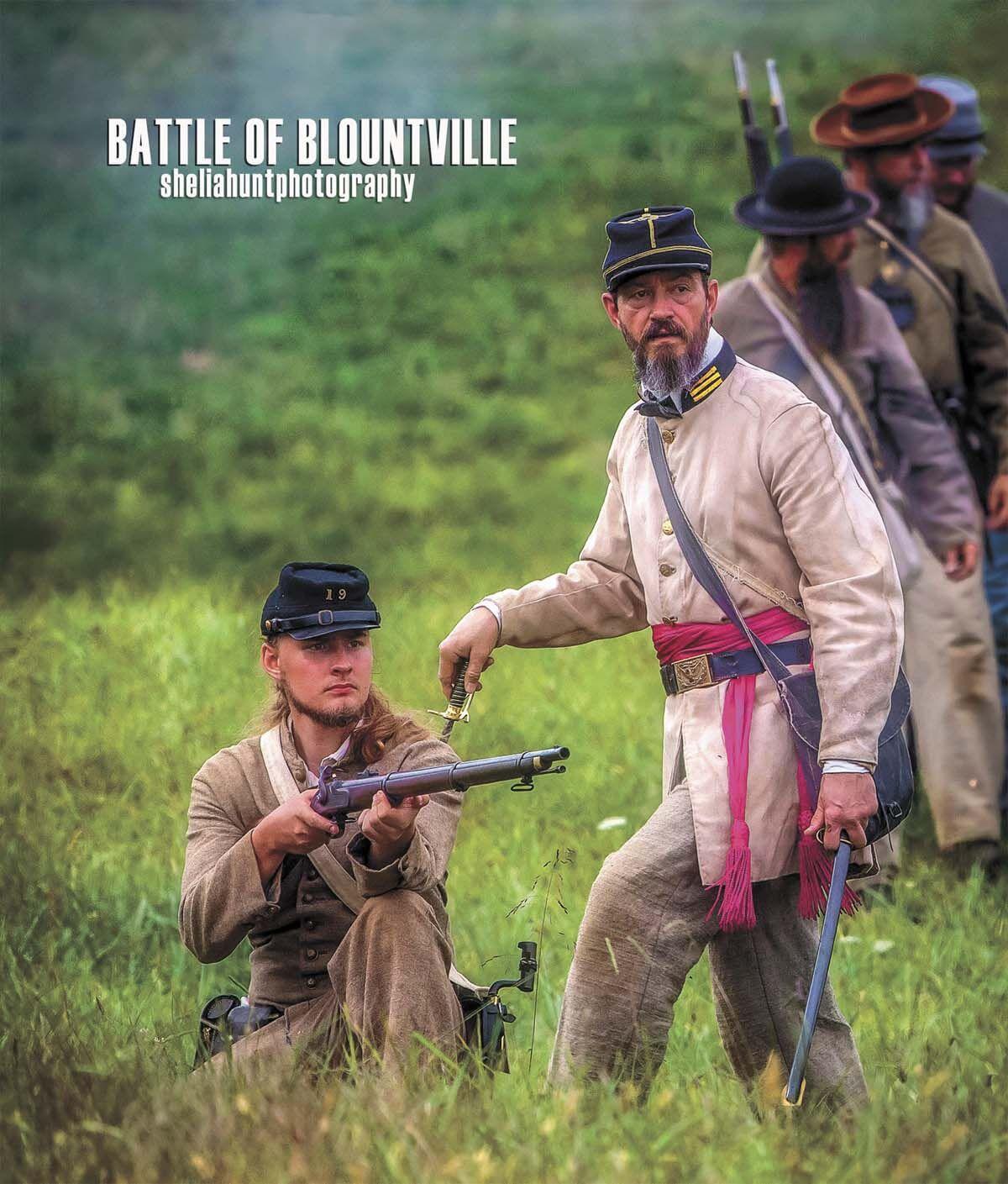 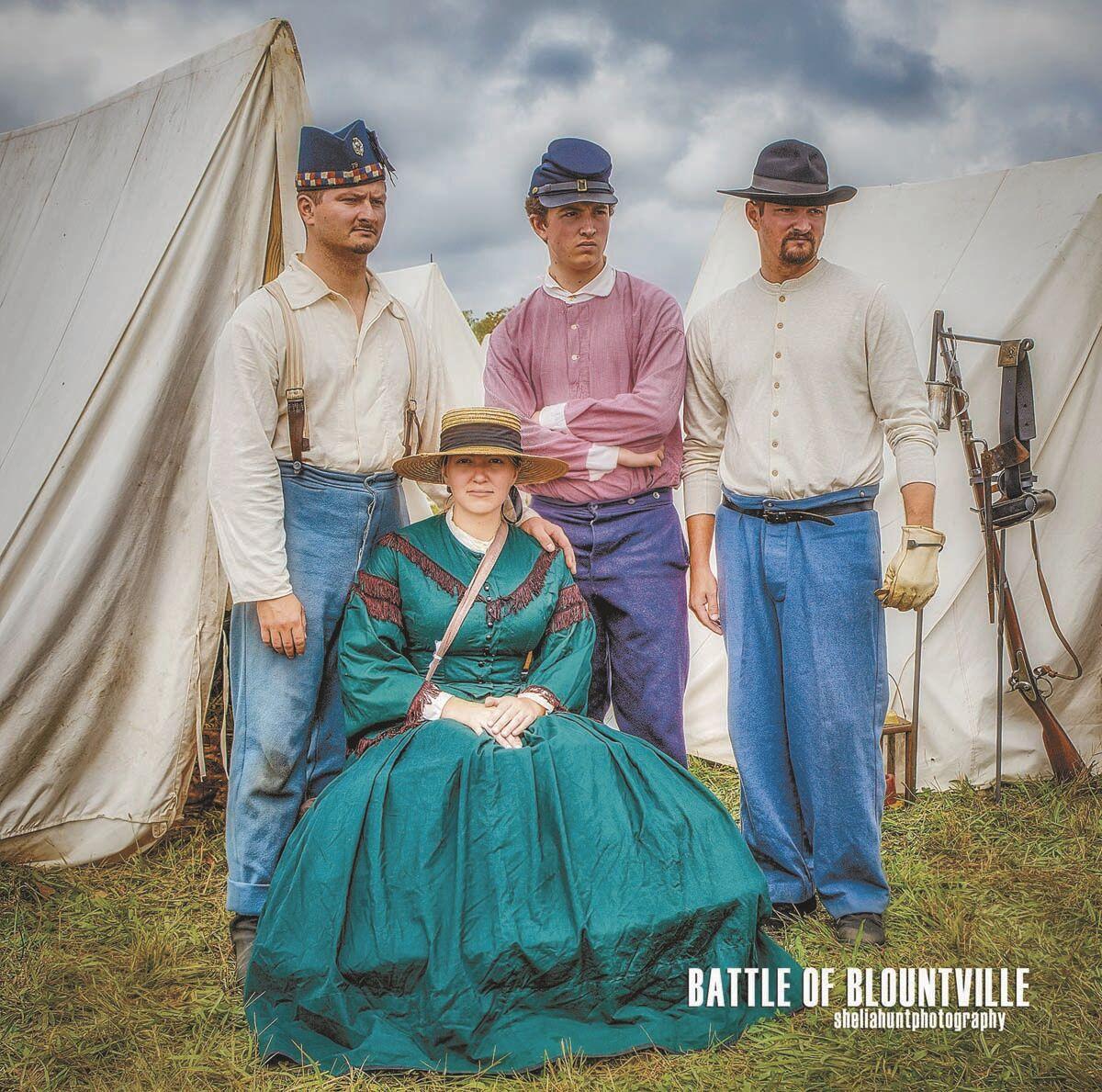 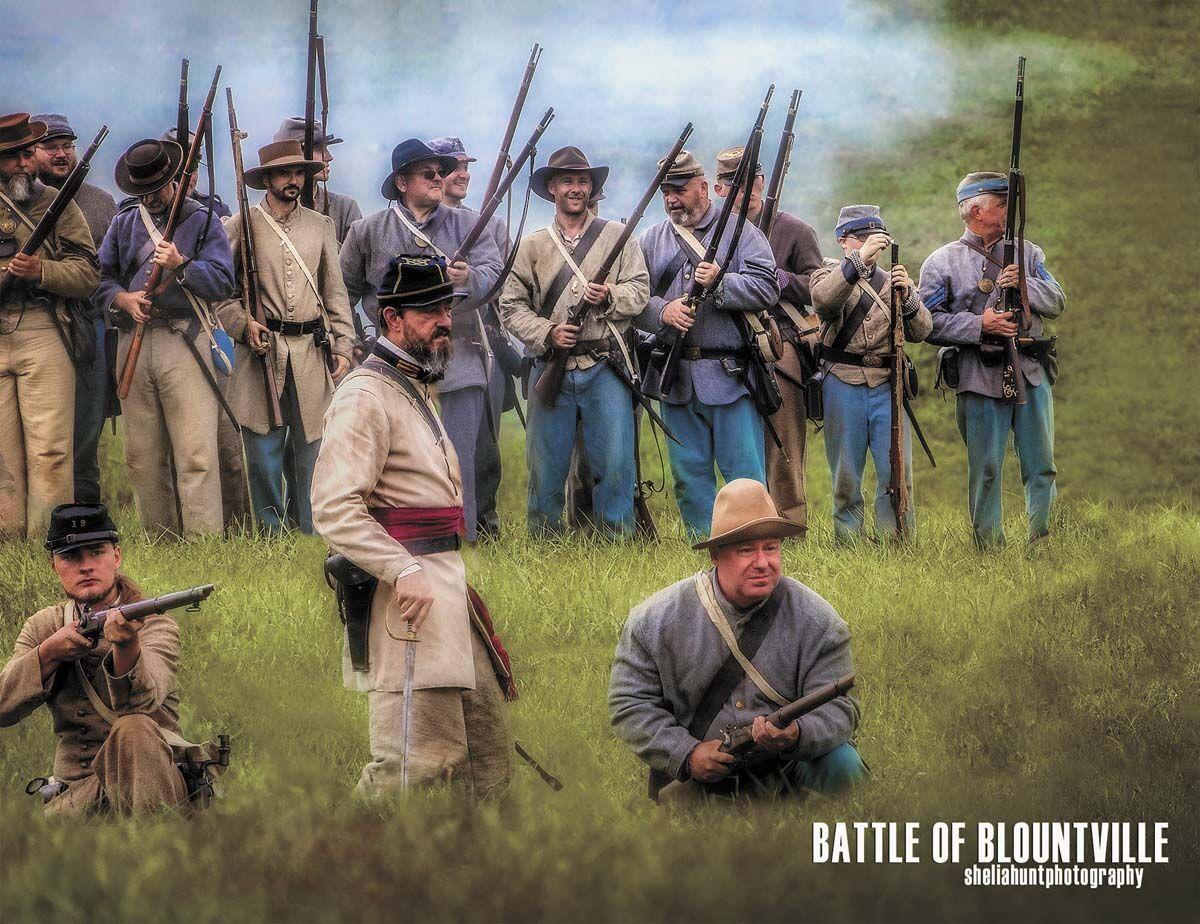 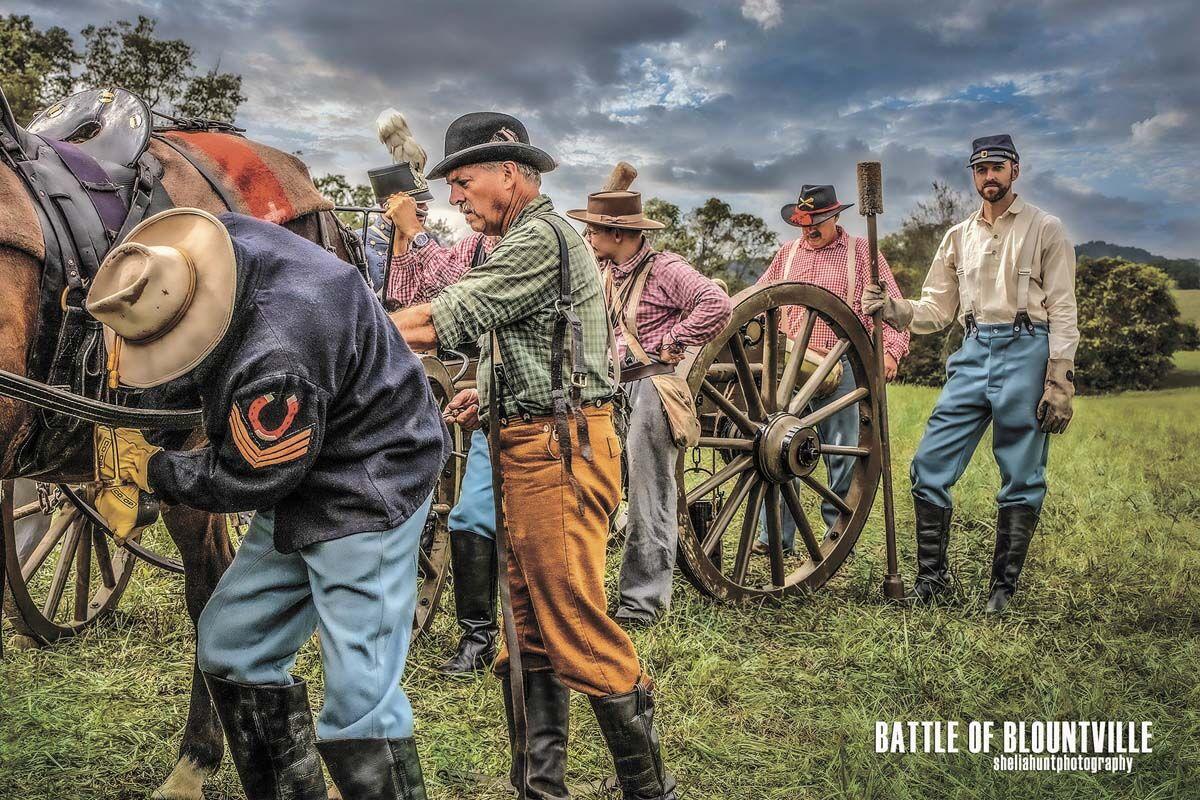 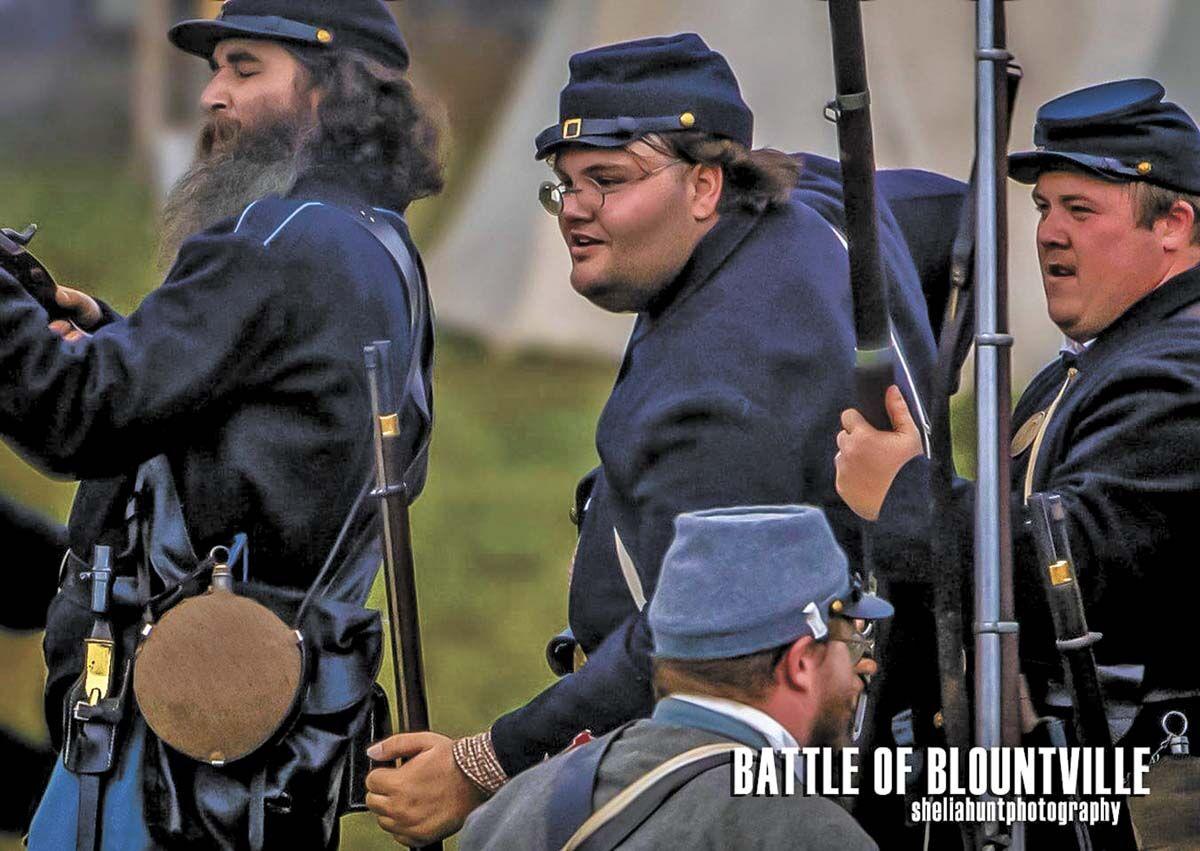 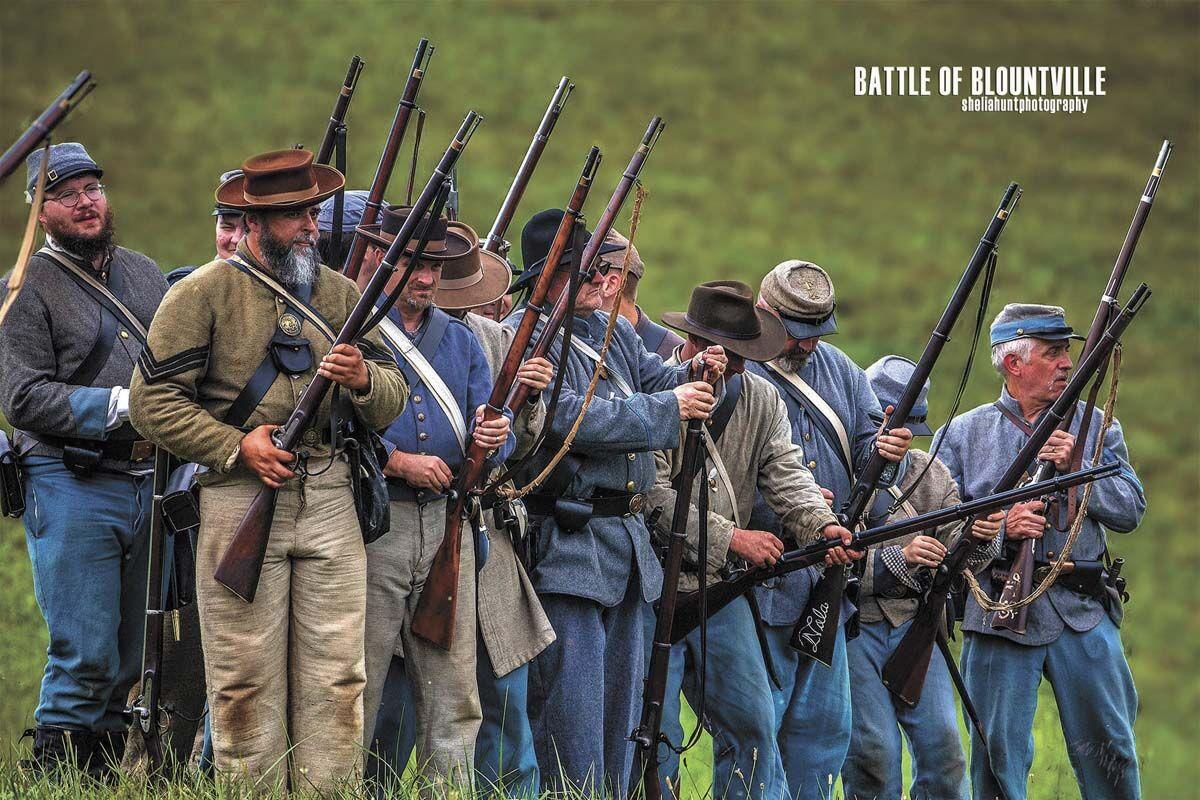 During these troubled times of pestilences such as the Covid 19 pandemic, civil unrest, natural disasters, and other issues facing the world, the Department of East Tennessee Reenacting and the Military Park offered a reprieve from all of the chaos. During the weekend of September 26-27, 2020, a reenactment of the 157th anniversary of the Battle of Blountville, Tennessee transpired.

The reenactment was an invitation only and was closed to the public due to the pandemic.

It was held on the Old Hawley Farm (1173 Hawley Road, Blountville, TN 37617). The event was hosted by the Department of East Tennessee Reenacting.

One of the main purposes was to begin developing the agenda for the 2021 (158th anniversary) event. The others were to visit with old friends, drink from the cup of fellowship, and to have fun while honoring history of the region.

The city of Blountville was established in 1795. It was purportedly a ‘long hunter’ fort before becoming a settlement. James Brigham donated thirty acres of land for the county seat to be established. It is the home of the famed Deery House, or ‘Old Tavern’ built in the late 1700s. The nineteen-room structure is located on main street and was privy to the fight.

On September 22, 1863, the peaceful valley the enclosed the small villa of Blountville, Tennessee, was shattered by the sudden shot and shells of artillery fire. The bombardment rained down from the heights overlooking the western side of the town. Union Major General Burnside orders were to clear the ‘gaps and roads’ of rebels into Virginia with one of the major objective being to gain possession of the saltworks in Saltville, Virginia. Without salt, the Confederate food supply would be in dire straits. Confederate Colonel James E. Carter with his men stood defiantly in the way of Union Colonel John W. Foster. The Battle of Blountville had begun.

Mrs. Josephine Evans Massengill was an eye witness to the attack. She later recalled, “I was eleven years old when the battle of Blountville was fought and remember distinctly many of the events” she stated. “I stood on a high knob about a half-mile back of the Confederate line of battle, which was formed east of the town. I was with my father and mother and two sisters and others. John Rhea realized that his house was burning and soon it was evident that the town also was burning.” Mrs. Massengill went on to describe the terror of the attack. “The women and children fleeing for their lives through a storm of shells while cavalrymen dashed across their paths, their lives being in great danger. Mothers became separated from their children. Finally they found a safe retreat beyond the hills, fleeing through Brown’s meadow.” Women and children fled the area around the tannery and courthouse.

The location of the Federal Forces was a cemetery that soon became known as the ‘City of the Dead’. The Confederates had formed a defensive position on the knoll where the current Blountville Middle School is located and formed another line of defense close to the Sullivan County maintenance building. Mrs. Walter E. Allen was also an eye witness to the eruption of the battle. She stated that, “Col. James Carter, commanding the Confederate forces, decided to engage the enemy and stationed his battery on the plateau east of town. The Federals took a stand on the opposite side near the graveyard.”

The battle raged from close to four hours, as cavalry charged and counter charged along the lines. An artillery barrage shattered the courthouse and several other buildings. The rebel forces had to withdraw but were soon reinforced. They devised a plan to draw the Federal troops into a trap within the narrow streets of the town, but the scheme was soon discovered and the Federal army retired from the field. The end result of the battle was an almost total demise of the town. Though many buildings were destroyed during the battle, Deery Inn survived due to the innkeeper (Gideon & Mary Elizabeth Cate) bribed both sides (Union and Confederate) in order to keep their business from being decimated. Some of the historical landmarks still bear the scars (cannonballs, Minnie balls) of days gone by.

As the reenactors left, a sense of family was once again sensed and a renewal in the commitment to pay homage to our American legacy was reaffirmed. The event was a total success, with promises of an outstanding event in 2021. For more information about the 2021 Battle of Blountville reenactment, contact one of the following representatives of the Department of East Tennessee Reenacting: Phillip Bishop (423-782-9668) or Richie Ireson (423-292-3451). Military Park Contact: Sheila Hunt (423-323-4660). Visit the FB page and make plans to attend a celebration of history, heritage, and our American legacy.

In the Footsteps of History; Chaltas, David; August 2016