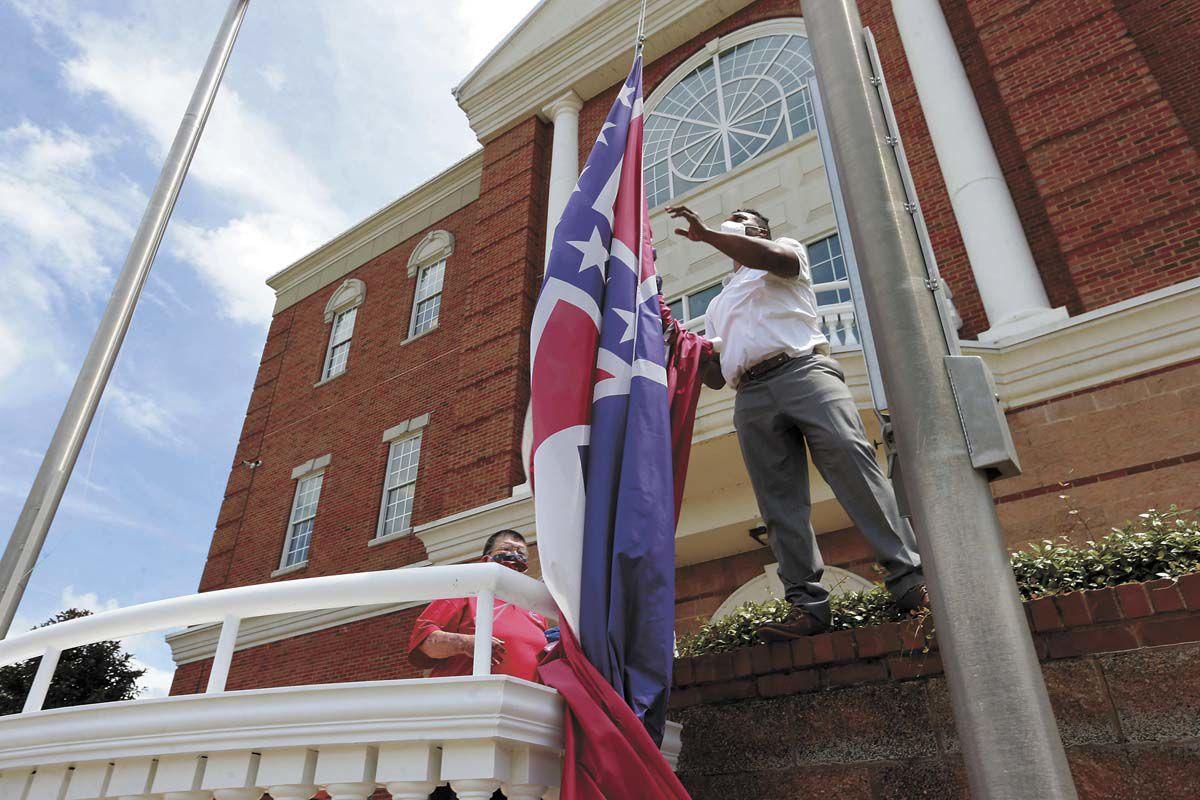 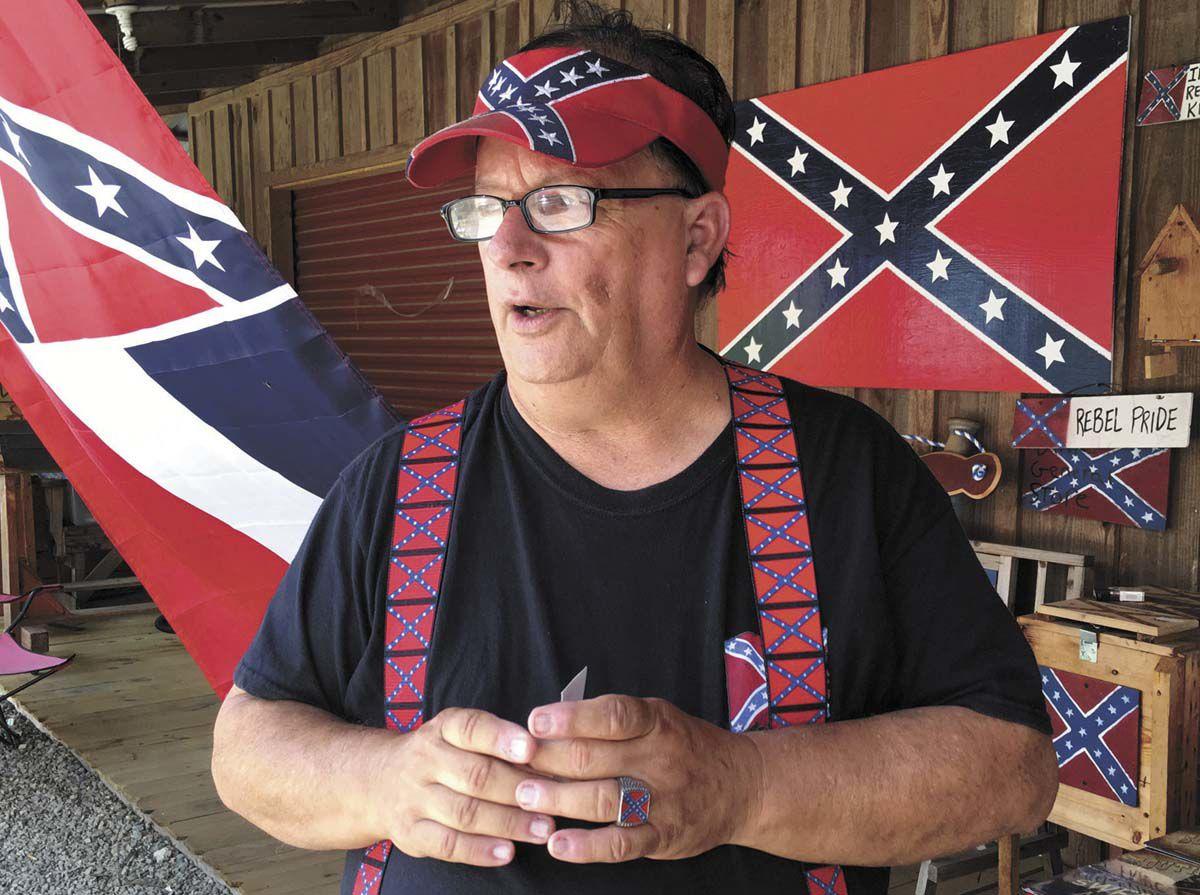 BIRMINGHAM, Ala. (AP) — Long a symbol of pride to some and hatred to others, the Confederate battle flag is losing its place of official prominence 155 years after rebellious Southern states lost a war to perpetuate slavery.

Mississippi’s Republican-controlled Legislature voted Sunday to remove the Civil War emblem from the state flag, a move that was both years in the making and notable for its swiftness amid a national debate over racial inequality following the police killing of George Floyd in Minnesota. Mississippi’s was the last state flag to include the design.

NASCAR, born in the South and still popular in the region, banned the rebel banner from races earlier this month, and some Southern localities have removed memorials and statues dedicated to the Confederate cause. A similar round of Confederate flag and memorial removals was prompted five years ago by the slaying of nine Black people at a church in Charleston, South Carolina. A white supremacist was convicted of the shooting.

Make no mistake: The Confederate flag isn’t anywhere close to being gone from the South. Just drive along highways where Sons of Confederate Veterans members have erected gigantic battle flags or stop by Dixie General Store, where Bob Castello makes a living selling hundreds of rebel-themed shirts, hats, car accessories and more in an east Alabama county named for a Confederate officer, Gen. Patrick Cleburne.

But even Castello is surprised by how demonstrations over police brutality became a wave that seems to be washing over generations of adoration for the Confederate battle flag by some. He wonders what might happen next.

“This could go on and on,” he said. “There’s just no limit to where they could go with it.”

The Confederacy was founded in Montgomery in 1861 with a Constitution that prohibited laws “denying or impairing the right of property in negro slaves.” The South lost, slavery ended, and Confederate sympathizers almost ever since have argued the war wasn’t just about slavery, instead advocating the “lost cause” version centered around state’s rights, Southern nobility and honor.

To some, the Confederate battle flag — with its red background, blue X and white stars — is a down-home symbol of Southern heritage and pride. The band Alabama, one of the top-selling country music groups ever, included the banner on five album covers in the 1980s and ‘90s while at the height of its popularity.

Patty Howard, who was visiting a huge carving of Confederate Civil War generals at Georgia’s Stone Mountain Park with her husband, Toby, on Monday, said they aren’t offended by the flag, but they also don’t fly it at their home in Hendersonville, North Carolina.

“I don’t see it as related to slavery,” said Howard, 71. “To us, it just represents being from the South.”

But the flag has a dark side. It has been waved for decades by the Ku Klux Klan, neo-Nazis and other white supremacists who oppose equal rights. The banner’s use by such groups, combined with a widening sense that it is time to retire the symbol of a defeated nation once and for all, has led to change.

“The argument over the 1894 flag has become as divisive as the flag itself and it’s time to end it,” Mississippi Gov. Tate Reeves said of the state’s current flag, which was adopted by lawmakers at a time when white supremacists were actively squelching political power that African Americans had gained after the Civil War.

Georgia — which added the battle emblem to its state flag in 1956 in response to U.S. Supreme Court decisions to desegregate public schools — adopted a flag without a rebel banner in 2003.

Alabama flew the battle flag atop its state Capitol until 1993, when it was removed following protests by Black legislators. Additional Confederate flags were removed from around a massive Confederate memorial just outside the building in 2015, when South Carolina also removed its battle flag from the state Capitol grounds after the shooting.

It has taken longer in Mississippi. Not long after the Charleston shooting, House Speaker Philip Gunn became the state’s first prominent Republican to say the Confederate symbol on the state flag was morally offensive and must be changed. People posted signs with the slogan, “Keep the Flag. Change the speaker,” but Gunn was easily reelected twice.

During the past month, Gunn and Mississippi’s first-year lieutenant governor, Republican Delbert Hosemann, persuaded a diverse, bipartisan coalition of legislators that changing the flag was inevitable and they should be part of it.

Hosemann is the great-grandson of a Confederate soldier, Lt. Rhett Miles, who was captured at Vicksburg and requested a pardon after the war ended in 1865.