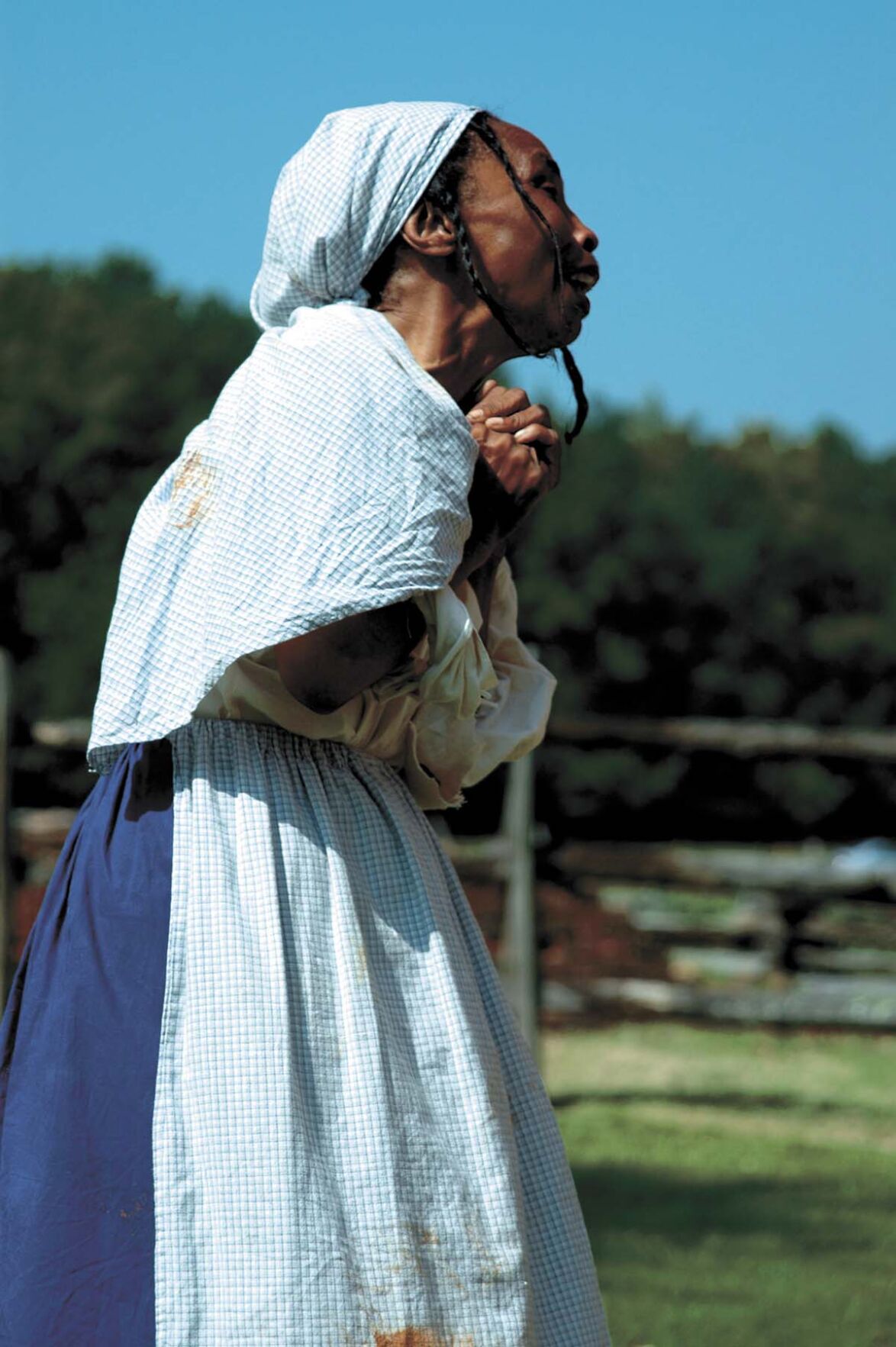 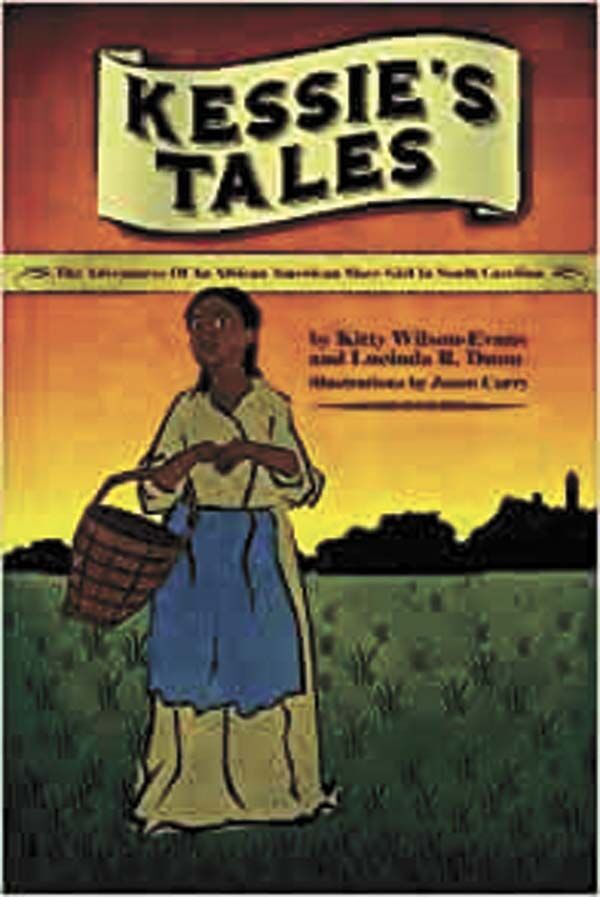 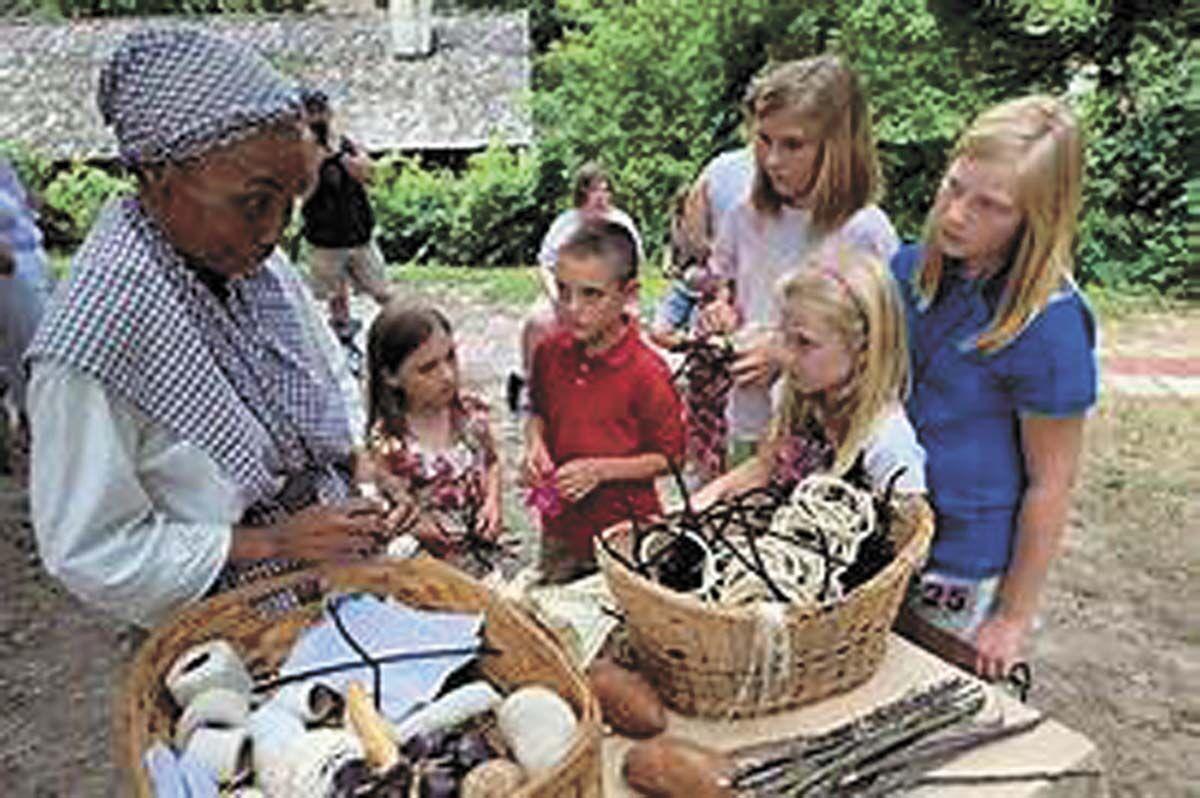 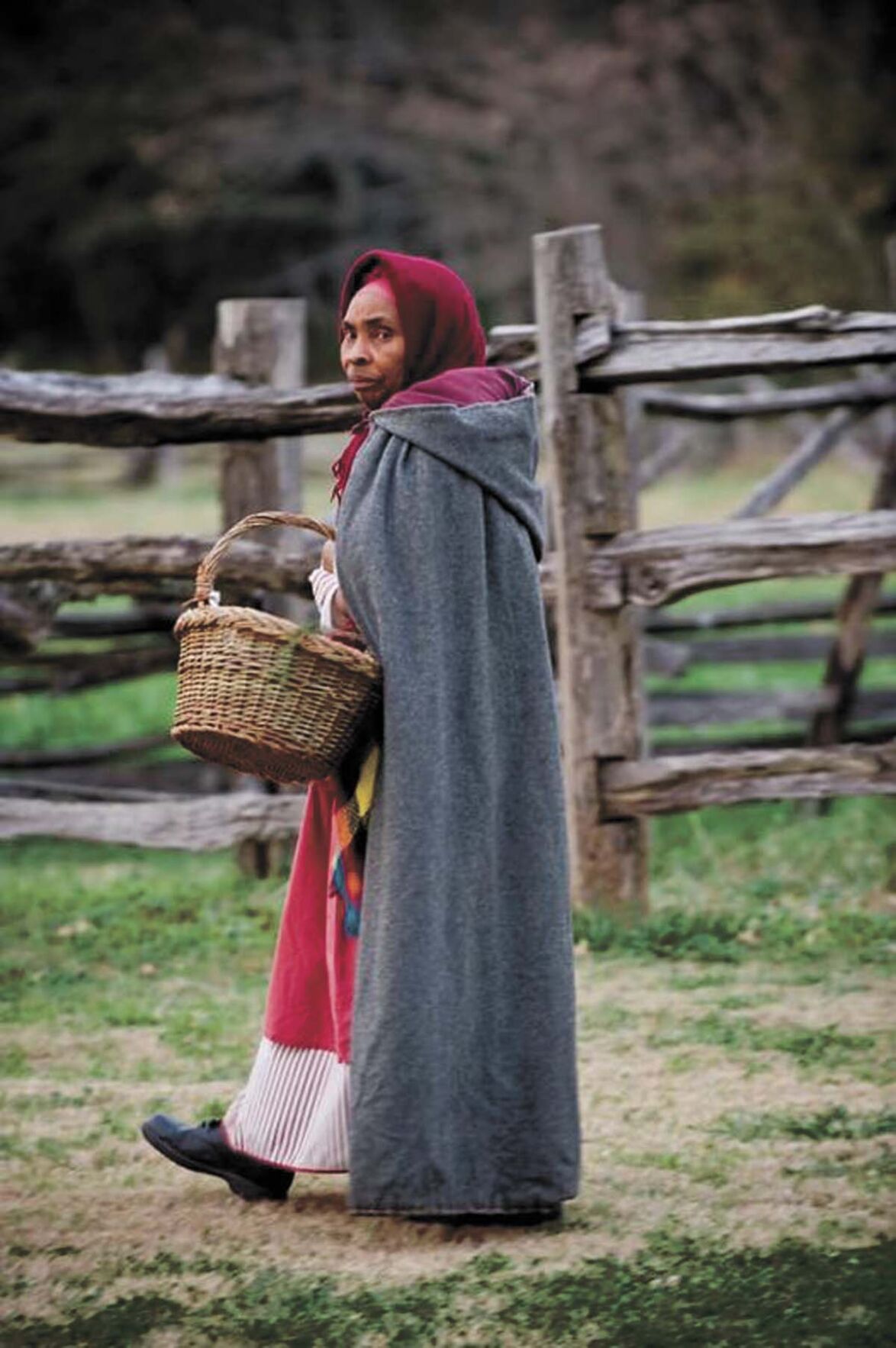 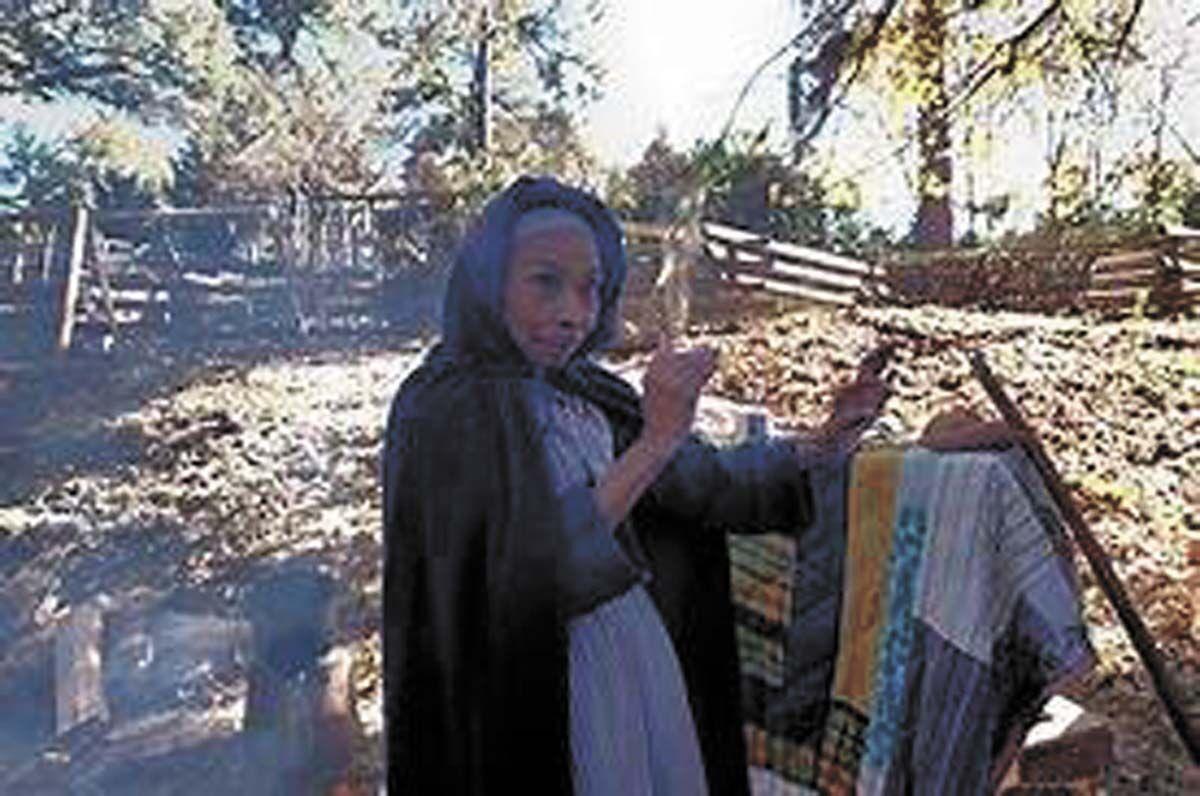 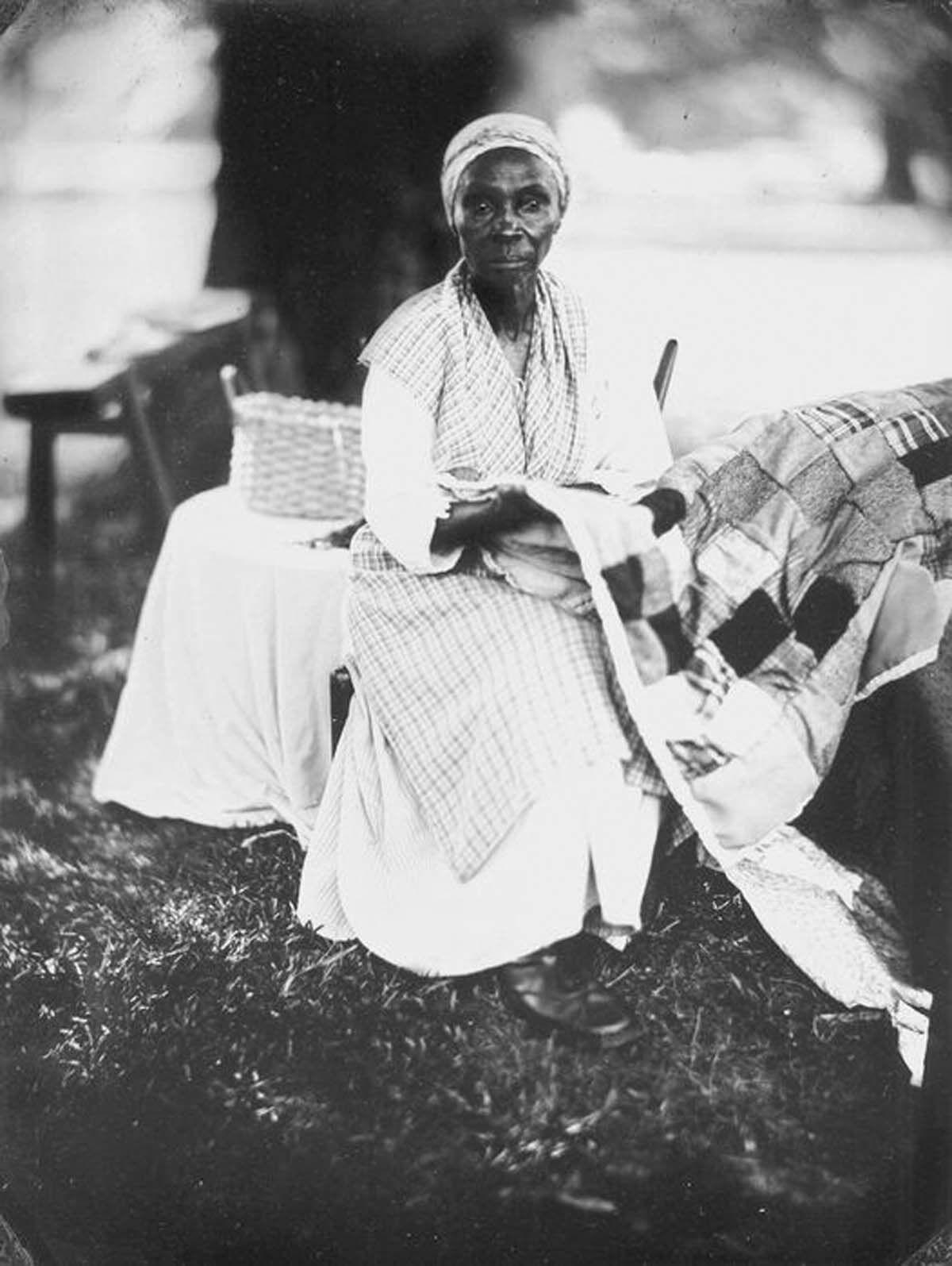 Some people spend a life time trying to find that mystical formula that endears one person to another. Most never achieve it. There are those who work at acquiring and finally discover its secret. Only a few possess it within their soul. Such was the spark within the spirit of MS Kitty Wilson-Evans.

I first met MS Kessie at Lincoln Memorial University. President Lincoln (Dennis Boggs), Frederick Douglas (Michael Crutcher), General Forrest (Stan Dalton), and I were on stage getting ready to offer a presentation. We were aware that MS Kessie would be joining us but we had never met her. I recall the first time I saw her. She walked in with head bowed, her hands in a submission position and dressed in a very plain dress with her head covered. She exemplified the image of a slave. When I was introduced, I noted how shy and quiet she seemed. She only glanced in my direction and stood a part for me. I noted that she reacted in the same manner towards the other presenters.

I have to admit that we were concerned because she was to speak first and set the example. She seemed so timid and didn’t seem to have a living historian edge. Boy was we wrong! When the spotlight hit her, it was likened unto a morning flower blooming in the rays of the sun! She began singing in the most haunting beautiful voice the old song, “Nobody knows the trouble I’ve seen. Nobody knows…” Then she stops and says, “But Jesus”! Then she said the following words in the voice of a slave that still resonates in my mind. “I know that I am a slave. I have been a slave all my life and see those boys over there (pointing towards the audience) those men in blue, well they said they were going to free me. But I know the love of Jesus Christ and I am already free!”

By the time she shared her story and became ingrained in my heart forevermore as MS Kessie, tears unabated ran down my cheeks. I noted that the other personas wept and one of us even sobbed along with the audience’s reactions. I struggled to offer my poor presentation, as did the others. Afterwards, we all talked to MS. Kessie and once again this humble little lady maintained the dignity of a person free from the shackles of sin through Jesus Christ. I have loved her ever since.

I recall many adventures with this sweet lady. We performed together at Cumberland Gap on several occasions, along with other living history presentations. She starred in a play I wrote that was entitled, Three Women: One War. She was the main character on my book Old Maw: The Legend of Miss Kessie. She even wrote an introduction to the book. Her picture was on the cover of my book entitled, When Raven’s Dance and was once again one of the leading characters. She was the author of a delightful book entitled, Kessies’ Tales. She was in a scene in the movie entitled the Patriot, but was edited out for some reason. She also inspired Mr. Bechman to include her in his book known as the Colonial Spy. She was a Heidelberg, Germany, opera scholar as well as a concert artist.

She was the recipient of numerous awards including the prestigious Keepers of the Culture Award from York County’s Culture the Heritage Museums (2011), and the Lifetime Achievement Award by the South Carolina African American Heritage Commission. In 2017, she received the Medal of Honor in the Arts from Winthrop University’s College of Visual and Performing Arts. Because of her sacrifices, and meritorious endeavors, she was the recipient of the General Lee Award (2008) honoring her dedication to preserving our history, heritage, and the American legacy. I can still see the surprise in her face when she was presented with that prestigious award. It was well deserved.

Most of all I remember how genuine she was and our many conversations. We shared a common interest in education. Both of us were retired teachers. She was a retired kindergarten teacher and had that soft demeaner associated with the vocation. MS Kessie once told me that she didn’t like riding in cars, but preferred to take the bus to different locations. I recall one time that she told me that she didn’t care for reenactors that didn’t have a vision, a passion and/or a calling for what they do. But she stated with a smile, she loved our group! Then she spontaneously gave me a hug and said, “Lord I am so thankful this day”. Of course, that made the tears flow from my eyes once again. I also remember her delightful singing and her musical abilities.

Kitty Wilson-Evans (Miss Kessie) gave of herself freely. She asked nothing in return other than an appreciation of our history and heritage. She possessed a humbling presence and reminded us all as to the reason we offer presentations to the rising generation. She was a trail blazer and an inspiration to others. She was a nationally acclaimed storyteller and interpreter of the most modest spirit. She gave without thought of reward. She lived the life of Miss Kessie, bringing a better understanding of history that encompasses our nation. She BECAME the persona of MS Kessie. She became my sister in Christ. She was a full-time living historian at the Historic Brattonsville. The grounds are located at McConnells, South Carolina.

MS Kessie (Kitty Wilson) was born at Fort Benning, Georgia, and grew up in Columbus, Georgia. She was the oldest of fourteen brothers and sisters. She talked fondly of her family and those experiences that created her sterling character.

On behalf of all living historians and reenactors, I wrote the following as a tribute of respect to her. “Dear Miss Kessie, You have been and shall continue to be an inspiration to not only me, but to thousands upon thousands you have touched. Your genuine nature, humbleness of spirit, pride in your heritage, and the ability to pass the torch to the rising generation will inspire others to walk in your footsteps. I for one, am a better person for knowing you, and have loved you as a sister in Christ. Thank you for the many, many memories that I shall cherish…” TOG

She shared her love for her heritage and a sense of pride that all Americans need to embrace. She shared her love for others, especially the children. It has been said that a good person touches seven generations, but a great person touches eternity. Rest easy Miss Kessie, for you touched eternity, and as you walked through the gates of glory, you heard the words from your Savior, “Well done, thy good and faithful servant”.