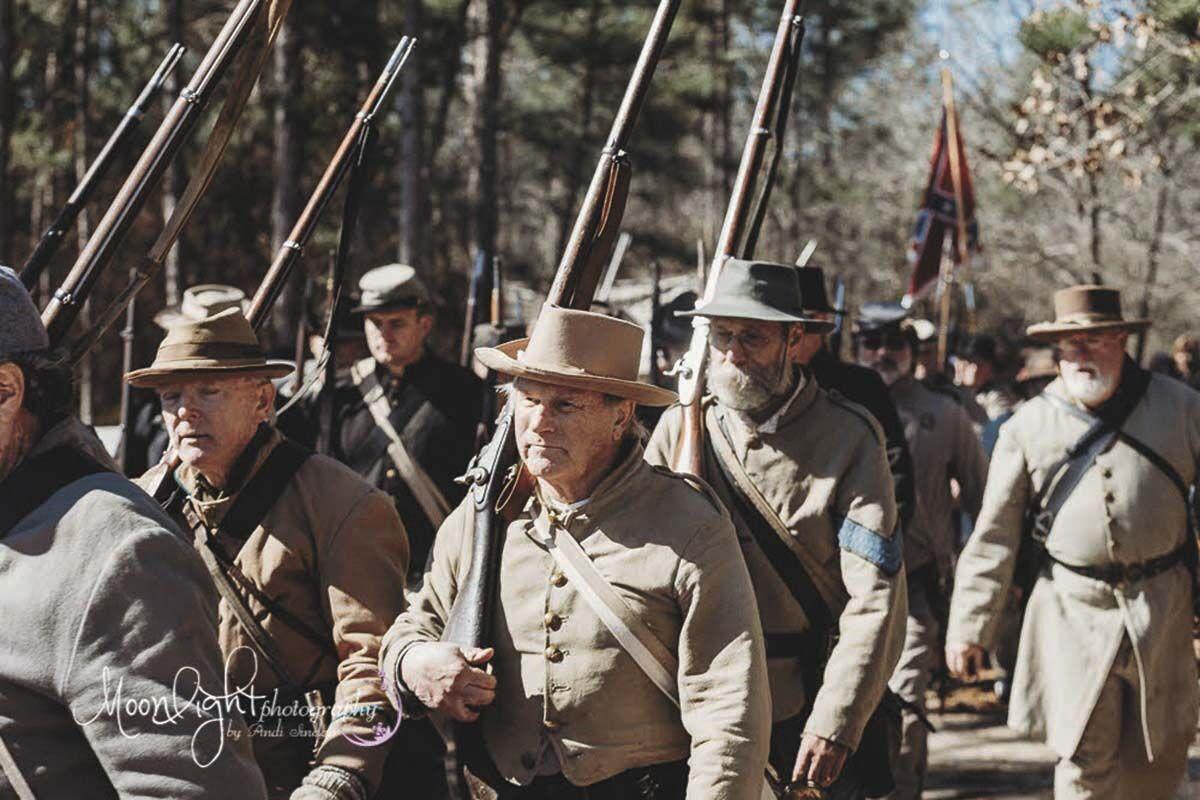 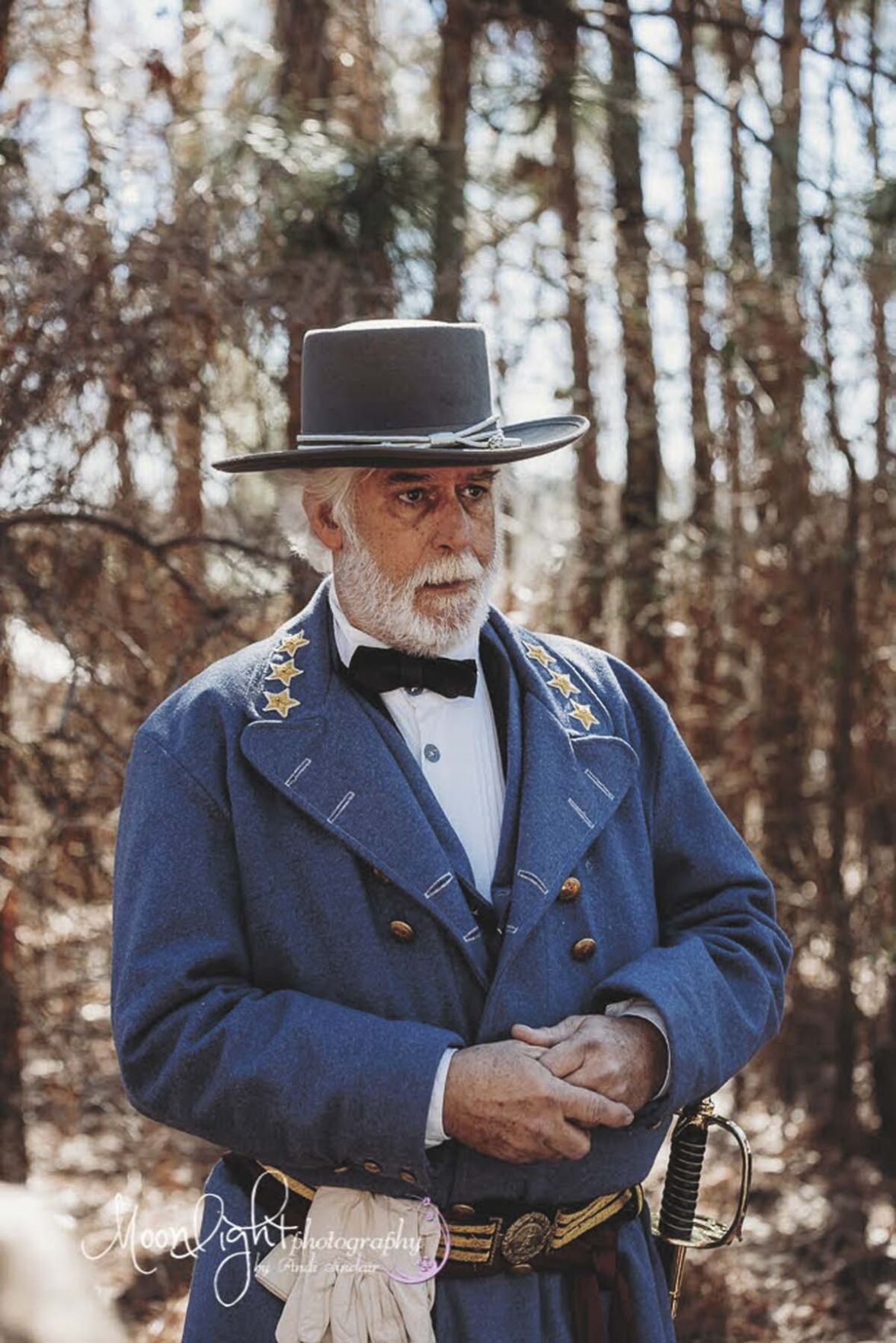 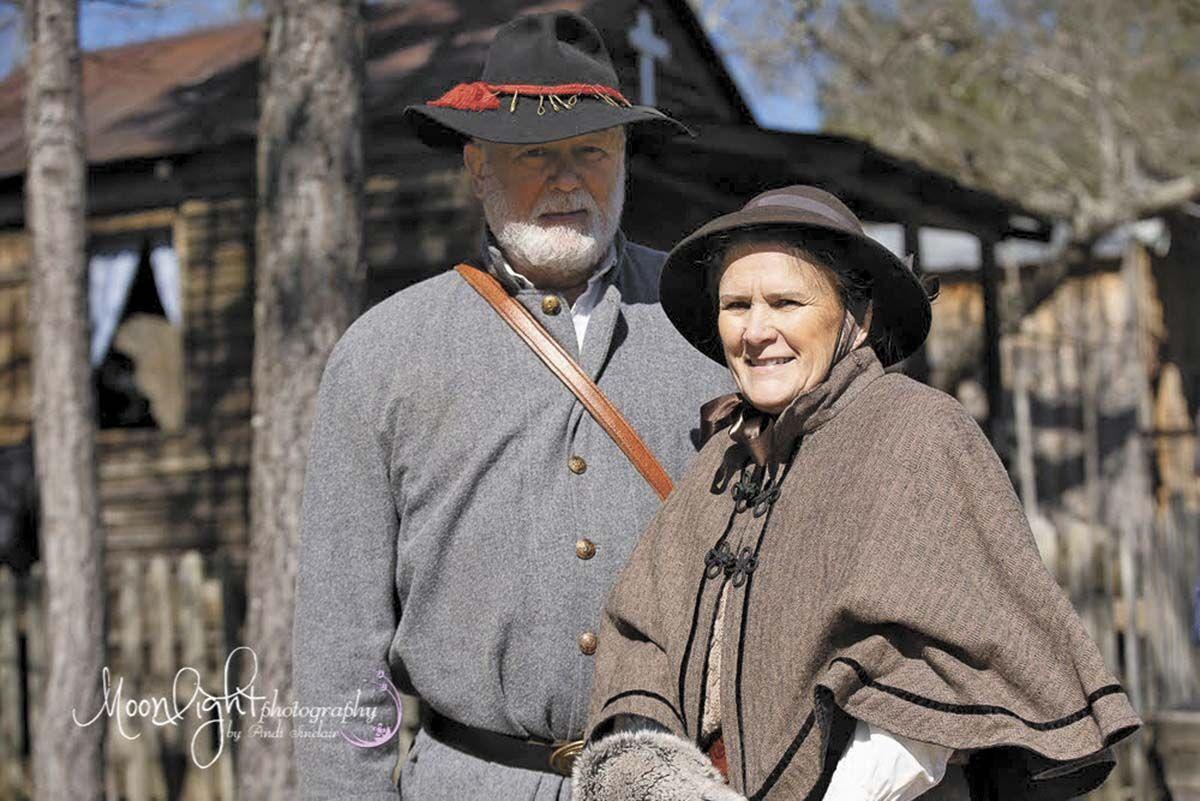 During this time of the great pandemic, many events are being cancelled or rescheduled. They have adhered to the abundance of caution that dominates our society. Make no mistake, the virus is real, and has created havoc all over the world and generated suffering for millions. But with guidelines and adherence to common sense policies, the reenactment of the Battle of Aiken opened its one hundred-twenty acres to those wishing to attend.

Friday witnessed home schoolers and private schools visiting the thirty+ educational stations distributed within the perimeters of the acreage (social distancing adhered to). Stations included demonstrations and lectures about photography, blacksmithing, women’s clothing, tomahawk demonstration, pottery, Native American, hair weaving, meet the generals and several more posts. A small skirmish was held to give the audience a preview of coming attractions on Saturday.

Saturday’s agenda saw a whirlwind of activities. At nine-forty-five A.M., a Victorian wedding was held under the pavilion. The Band Jubilee played and then continued entertaining the spectators with their wondrous unique blend of musical skills. Demonstrations, educational discussions, and were held. A mock period funeral led by Chaplain Young was held to educate spectators on the traditions of the day. At 11:30 the Battle of White Pond was held.

With over several hundred soldiers on the field, the stage was set and the action was furious. Nineteen artillery pieces lined the field and one of the guns was manned by an all-female crew.

The artillery resonated across the hills to the delight of the children and audience. Saturday ended with Colonel Lance Dawson and the Federal troops holding the upper hand, but they knew when Sunday came they would be in the fight of their life.

General Wheeler and his forces were reforming to teach them a lesson they would not soon forget. Shortly after dark there was another attempt by the Federal forces to launch an attack, but they were repelled by Confederate Artillery fire.

Saturday night’s dance at the Pavilion was a total success with the pavilion filled with those dressed in their finest attire. An official reception was held for Gregory and Lisa Newson, the newlyweds. The Band Jubilee once again mesmerized those in attendance with the musical abilities.

All went away fully satisfied but tired from all the activities of the day.

Sunday saw yet another lovely South Carolina day. Church services were held in the many camps with the main service being held by Chaplain Joey Young under the pavilion.

Two lost souls came forward and gave their lives to the Lord. After the service, spectators visited the military timelines, watched demonstrations, and listened to living historians passionately share stories regarding a time when Americans fought each other.

The afternoon battle was the highlight of the weekend. Several hundred reenactors recreated the attack by the Federals under Kilpatrick. The plan to capture them in a V shaped trap in downtown Aiken failed but the Confederate forces drove the Federals back.

Reverend John Henry Cornish(St. Thaddeus Church) described the action that took place in downtown Aiken. “Several shells came whizzing by us from a battery on Railroad Avenue ... Two shells went through the house at the corner of Railroad Avenue and Laurens Street; one struck in the yard of the old parsonage ... The enemy came nearly to the street passing the west end of the Aiken Hotel...The bugles sounded a charge It is a marvelous what a different aspect was thrown over the scene in an instant. The horses started and came tearing down Richland Street, the men rising in their stirrups, with their pistols in their hands, yelling and screaming, each one looking as if he could devour a dozen Yankees...The enemy was driven back. There was a fight in Williams’ old field.

The enemy was driven back to Pole Cat Pond (Montmorienci) ... Five of our wounded were brought to my house where the surgeons attended to them ... Two of the killed were taken to the (St. Thaddeus) church yard, where they were put in coffins and buried.”

The Confederates won the day and the Federal left the field. Not only was the city of Aiken saved, but also the mills in Graniteville as well as the Powder Works in Augusta!

They would continue to operate and supply the Confederacy with much-needed clothing, gun powder and fuses.

A well-earned thank you is extended to all those who worked so diligently and without thought of reward for their efforts.

A special thank you goes to the General Barnard E. Bee Camp #1575 for hosting the event.

The staff and organizers were extremely pleased with the overall reaction of the crowds and the reenactors to this year’s Battle of Aiken.

For more information about next year’s event, go to the following link and read the excellent historical documentation by Pete Peters on their website: www.battleofaiken.org