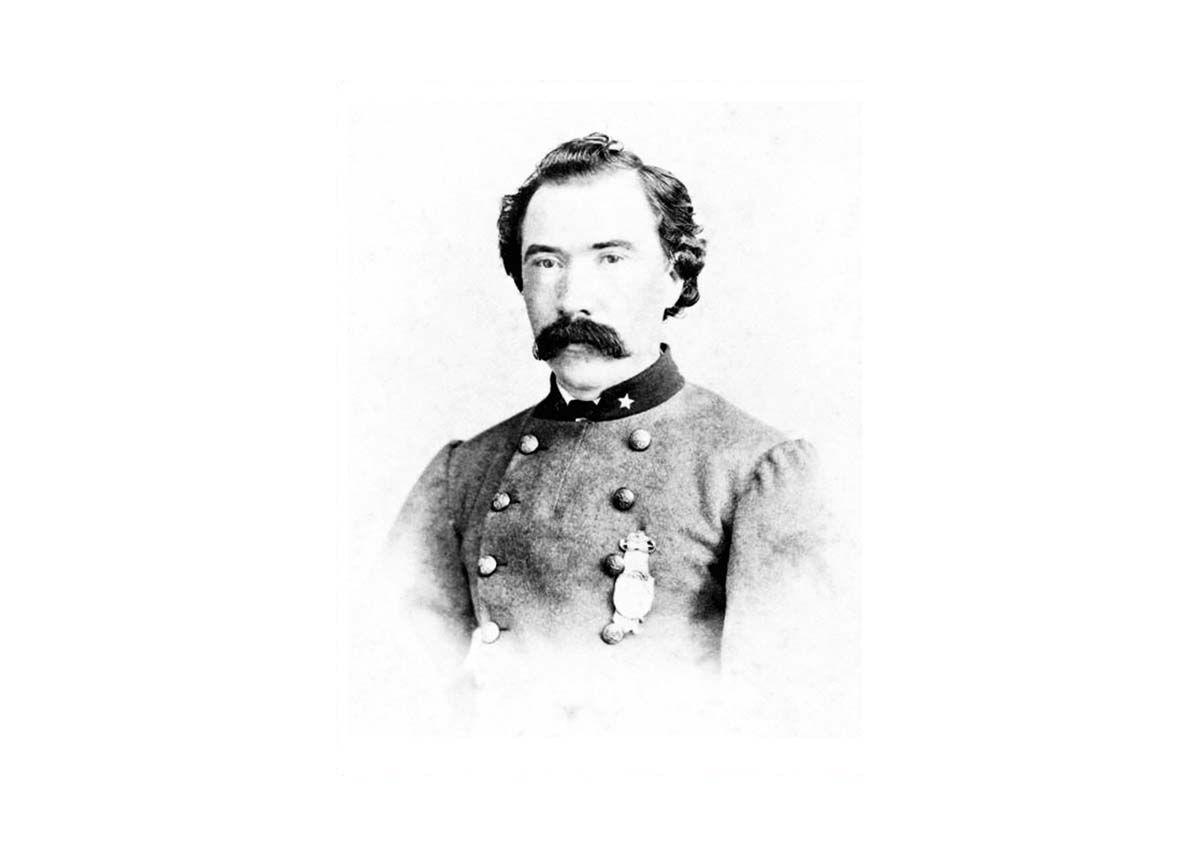 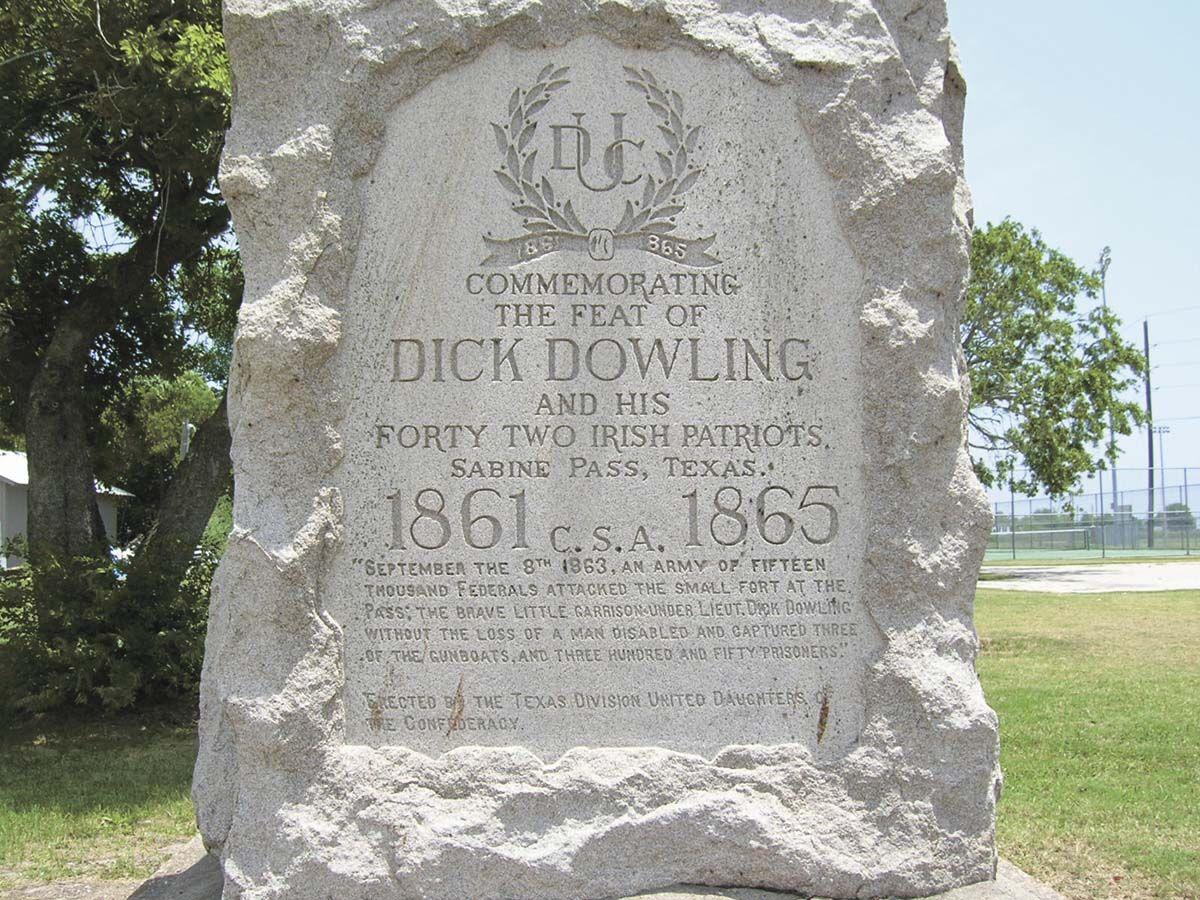 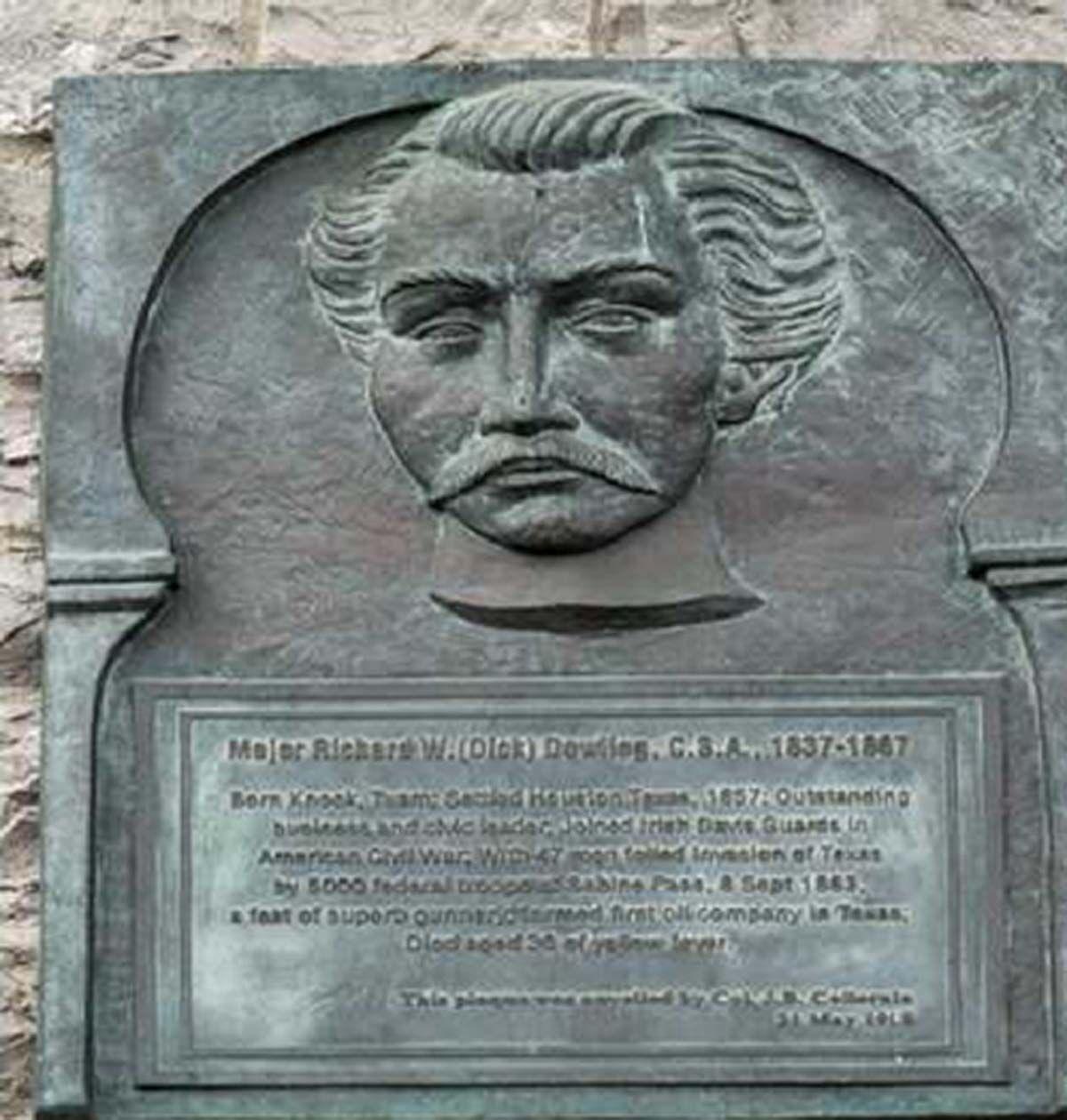 Richard Dowling was the son of William and Mary Dowling (another account state their names as Pat and Bridget Dowling).

He was the second oldest of seven siblings. He possessed bright red hair and had the dialect of the Irish.

A little after turning nine, his mother and father, with a sister by the name of Honora, moved to America in an attempt to escape the great famine that swept across Ireland.

They moved to New Orleans in hopes of bringing the rest of the family to America.

Upon the death of his parents, he went to the newly formed state of Texas and found employment in Houston.

He quickly established himself as a businessman and, in 1857; he opened up a saloon by the name of Shades.

He quickly turned this into a chain. He married Elizabeth Ann Digby Odlum, whose father was influential within the budding town of Houston. He was twenty years of age. After a few years, he bought the Bank of Bacchus and continued expanding his enterprises with a liquor importing business that was based out of Galveston, Texas.

But then the shadow lengthened and war came to Texas. Young Richard had to make a decision. He cast his lot with the Confederacy.

Richard joined the Jefferson Davis Guards and was commissioned a Lieutenant.

Captain Frederick H. Odlum was elected Captain and soon they were raiding outposts to harass the Union soldiers and to keep them on constant vigilance.

In October 1861, they were reassigned to the Third Texas Artillery Battalion whose mission was to protect the upper Texas Gulf Coast area. In 1862, they were designated as the First Texas Heavy Artillery, (Brigade strength) under the command of Colonel J. J. Cook.

On New Year’s Day, 1863, during the Battle of Galveston, Richard participated in the recapture of the port. His company was ordered to Sabine Pass.

While on duty on the steamer Josiah A. Bell, two Union ships began a duel with the Bell. The fighting lasted approximately two hours.

It was during this exchange that Dowling proved himself to have a cool head under fire. His shots were deadly accurate, resulting in a Confederate victory.

On September 8, 1863, the Union attacked Sabine Pass: all that stood between the town of Sabine City and four to six thousand Union soldiers was a force of forty-seven men from Company F that had in their arsenal six pieces of artillery.

But the tenacity of those men proved to be invincible. The cannons rang with deadly accuracy onto the twenty-seven ships disabling the Sachem and Clifton (gunboats), which resulted in a withdrawal of the others.

They then went on to Route the union army comprised of six thousand men, captured two boats, and took three hundred and fifty prisoners. All this was accomplished without one single Confederate casualty!

He and his men received the Medal of Honor from the Confederate government. The medals were made from Mexican coins and had Sabine Pass, 1864 inscribed upon them. For the remainder of the war, he was a recruiter.

He returned to Houston, Texas, where he began to build his empire once again. But fate cast its shadow upon him once again, as he contracted Yellow Fever. He died of the dreaded disease, leaving his wife and daughter to survive, along with a wondrous legacy that would live through the ages. He died on September 23, 1867, and was buried at Saint Vincent’s Cemetery in Houston, Texas. But Texas remembered. At Hermann Park in Houston, Texas, a monument paying tribute to the man proudly stands for all who pass by to see and remember. For the state of Texas has honored Major Richard W. (Dick) Dowling with an eight-foot Italian Marble Statue.

Official Records of the Union and Confederate Navies “Dick Dowling and the Battle of Sabine Pass,”; Andrew Forest Muir; Washington: Department of the Navy; 1894-1927.