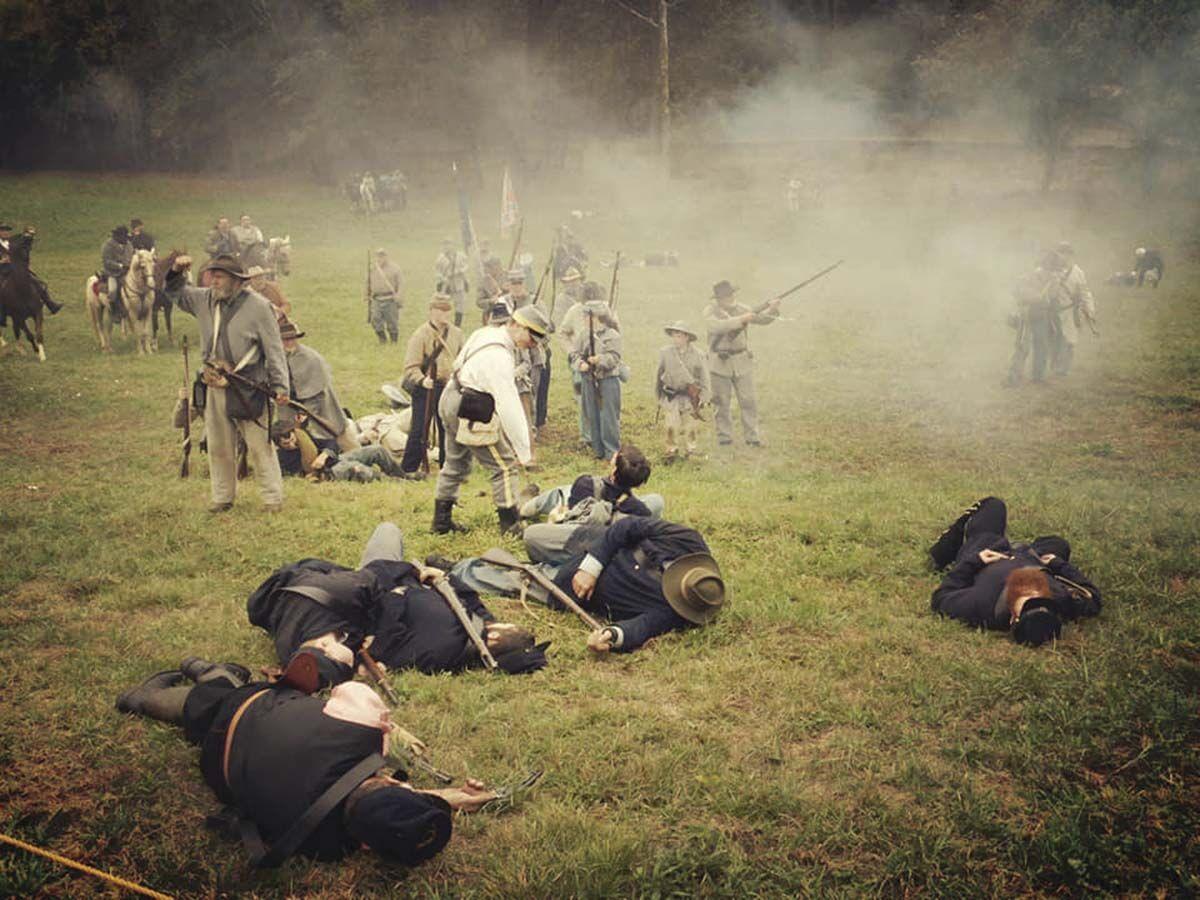 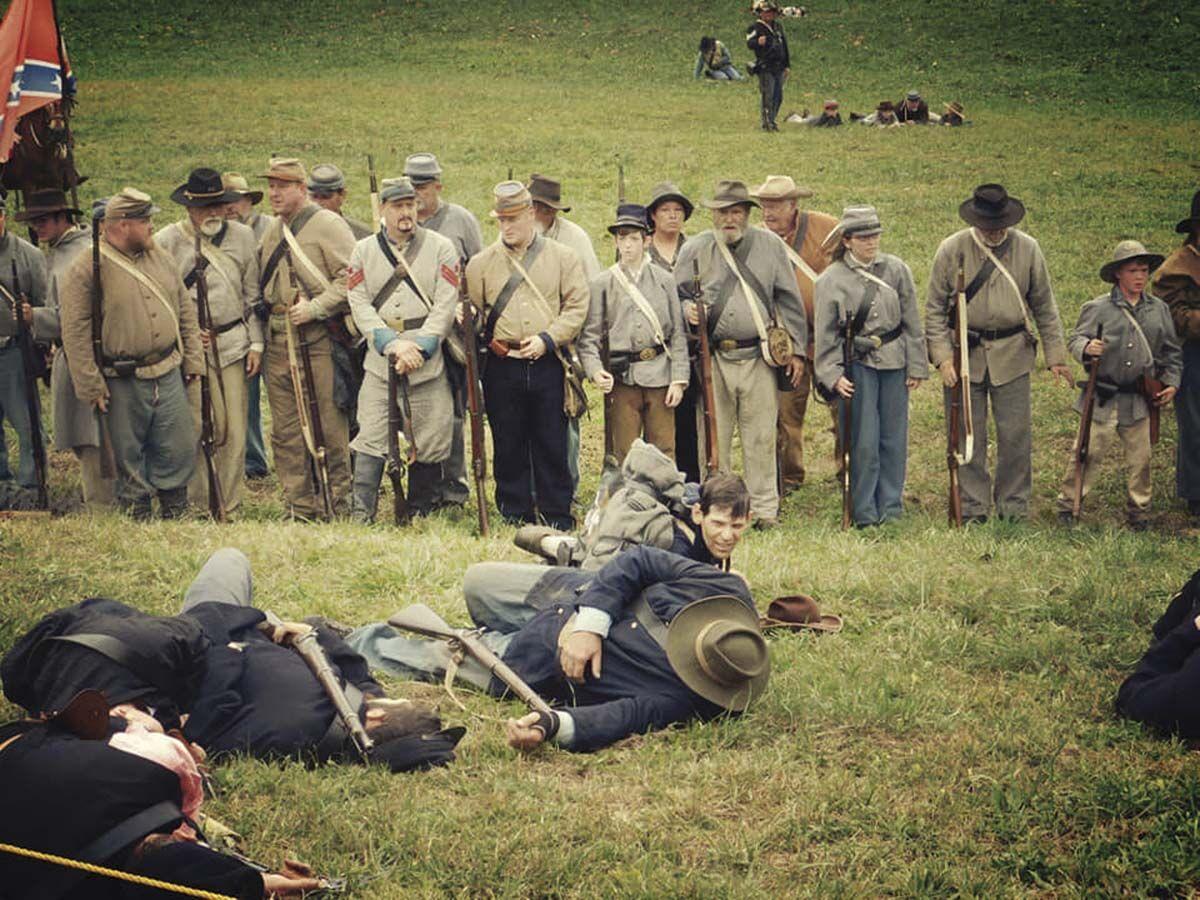 In an ongoing effort to further educate the public on what we affectionately call Civil War re-enacting, we send you this explanation on how we know when and how to die.

The following was copied from the April 2009 issue of the Camp Chase Gazette.

One of the many questions spectators often ask reenactors is: Question: “How do you know when to die?”

Answer: “We go to dying school.” Actually, the proper name is School of the Dead, but for simplicity we just call it Dying School.

This school is held at most major events, but slots fill up quickly.

This is one of the reasons most Civil War re-enactors preregister for events up to a year ahead of time.

Most never commit the faux pas of registering at the last minute, or just showing up on the first morning of the event (walk-ons).

At dying school, students are taught how to die according to the various projectiles that would be fi red during a real battle.

There are separate courses on rifle balls, solid shot, shell, canister, grape-shot, and others.

Until a re-enactor has a basic certificate from dying school he or she is not allowed to die in a reenactment.

If someone without a certificate dies, and is caught, they are punished by being immediately transferred to a dismounted cavalry unit or to brigade staff, as no one is ever allowed to die in those units.

Once a re-enactor has learned to die alone, he or she then moves on to the final course required for the basic certificate from the school of the dead (dying school).

This is the ever popular “die in a bunch” course.

These courses cover dying from diarrhea, heat stroke, starvation and that famous cause of so many southern deaths- “a high cholesterol heart attack.”

Graduates of the first advanced course have the right to wear stains on the back of their trousers.

They wear these stains as a badge of honor.

The advanced course on high cholesterol heart attack is becoming more popular as it permits re-enactors to die in garrison or in camp anytime they wish without having to wait for a shot to be fired.

There is even an advanced course for officers.

This is called the “I just tripped over my sword again so I might as well lie here and let people think I did it on purpose” course.

So if you are new to re-enacting, make sure when you register for an event, any event, ask if there are still openings for the “Dying School” and if so pay the tuition and sign up right on the spot.

If at registration they do not seem to know what you are talking about just use the code word “snipe” and they will catch on.

Also don’t forget to get your refresher course if you have been in the hobby more than a year.

There are always new regulations being passed down by the PC police and FARB (Factually Accurate Re-enacting Blowhards).