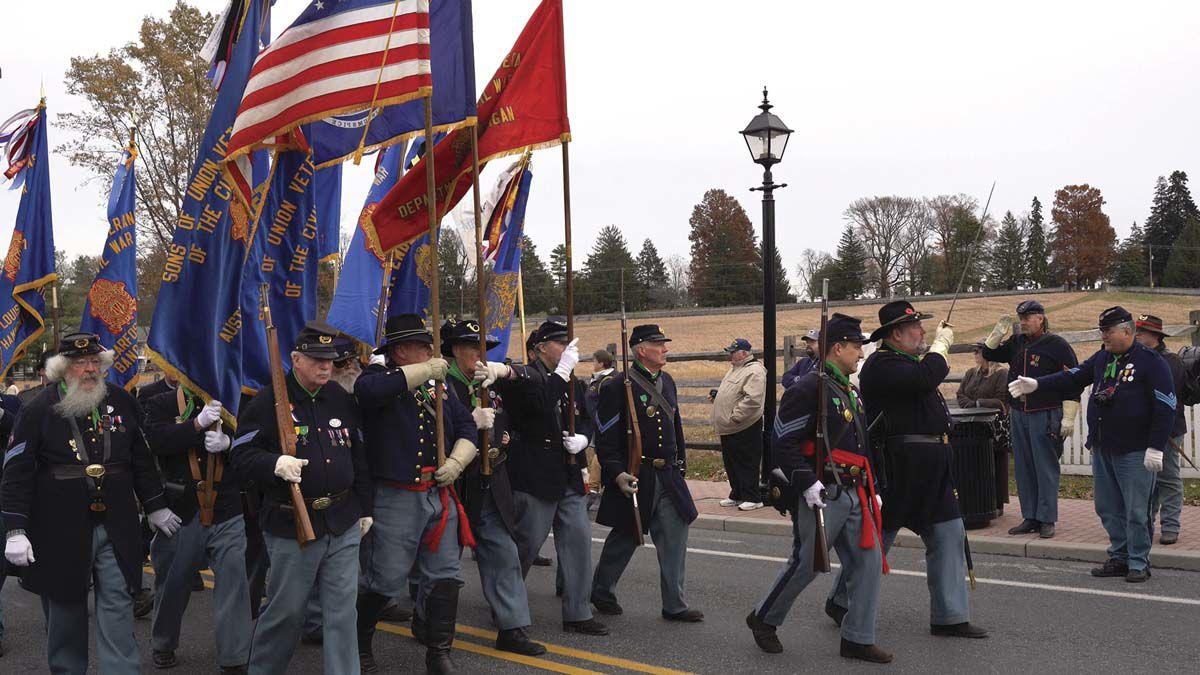 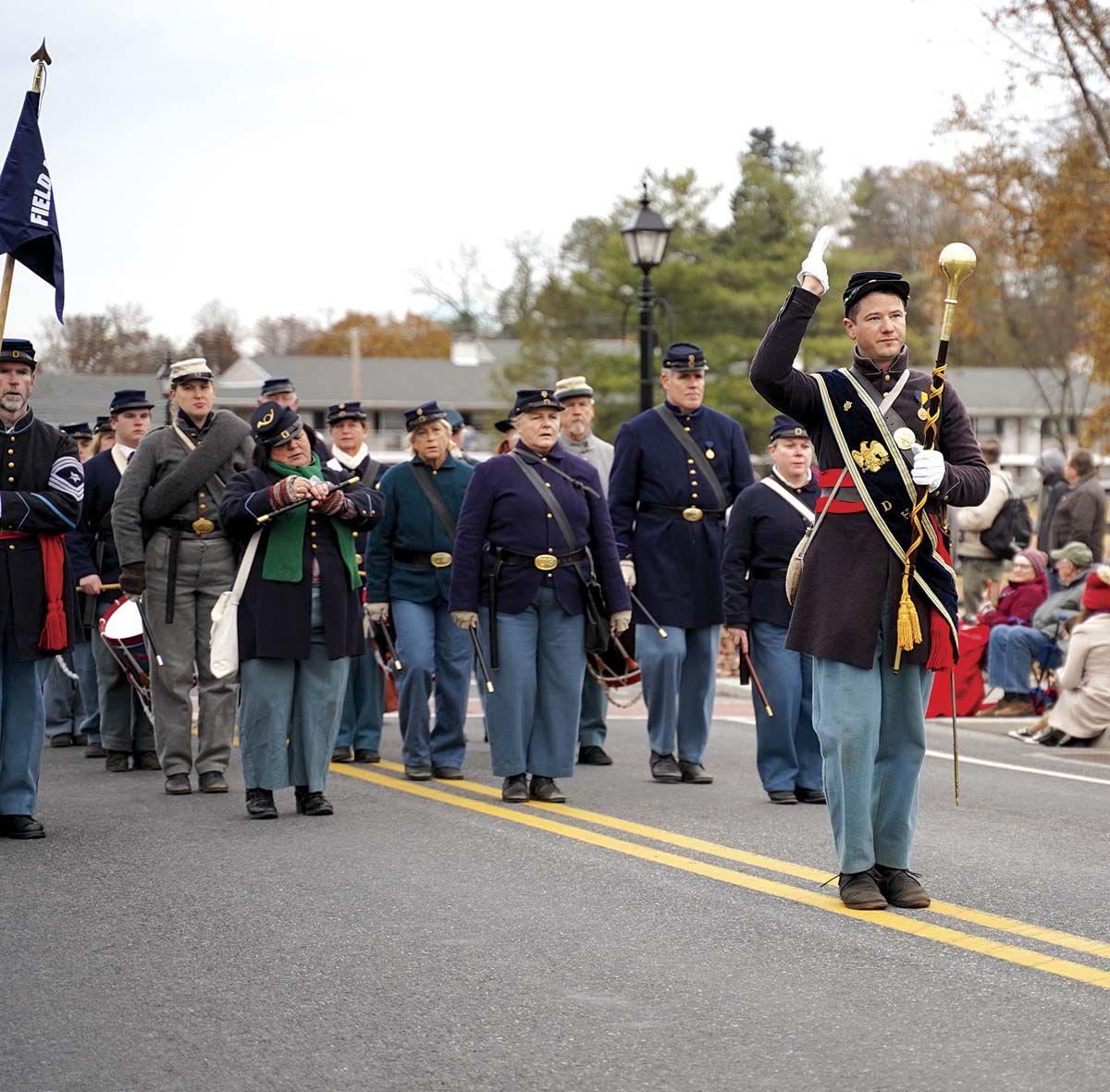 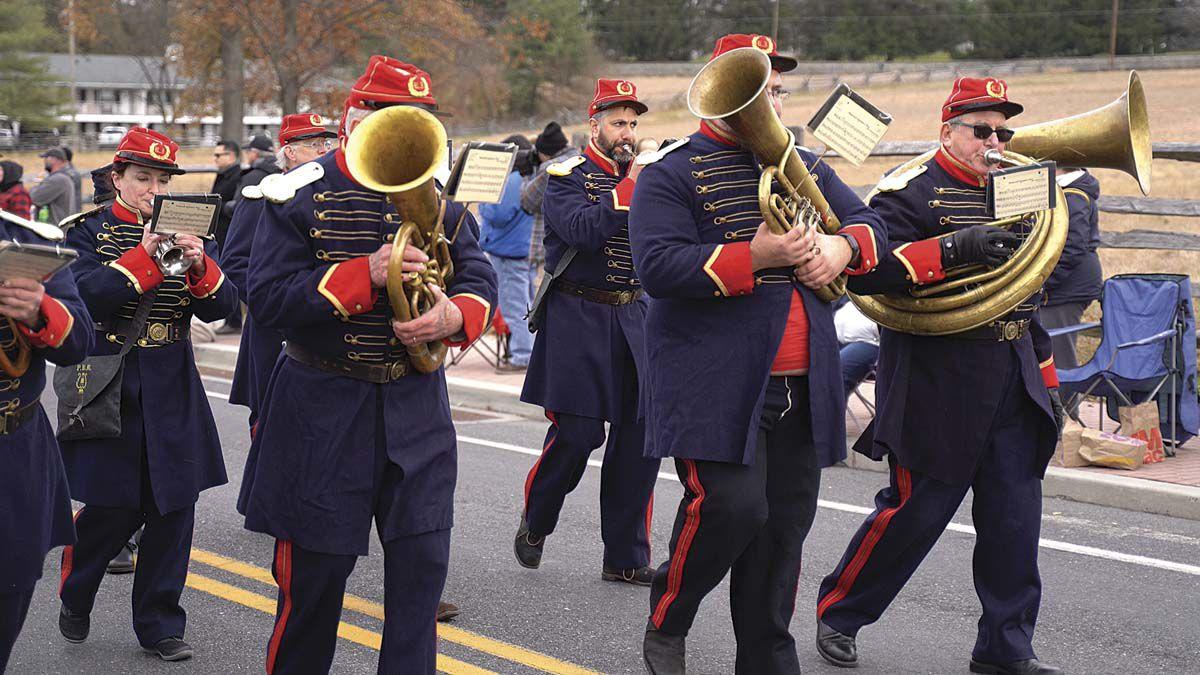 Gettysburg, Pennsylvania was the place to be on November 23rd. Fair weather with temperatures in the mid 40’s helped entice large crowds of spectators to line the streets of Gettysburg for the annual Remembrance Day Parade.

About three thousand people participated in the 63rd annual Remembrance Day Parade sponsored by the Sons of Veterans Reserve (SVR) which is the military department of the Sons of Union Veterans of the Civil War (SUVCW).

Remembrance Day in Gettysburg is a time to reflect and commemorate President Abraham Lincoln’s Address given on November 19, 1863 during the dedication of the military cemetery created for the men who died during the Battle of Gettysburg in July, 1863.

Today we know the brief remarks made by Lincoln on November 19, 1863 as the Gettysburg Address.

Some of the Gettysburg merchants help the SVR defray the cost of the parade by donating money to help pay for the parade permit required by the Brough of Gettysburg.

In addition to the parade along the streets of Gettysburg, the SVR also conducts a ceremony on the battlefield honoring the Grand Army of the Republic (GAR).

A statue of Albert Woolson, the last Civil War Union Army survivor, who was a GAR member died in 1956 at the age of 109 is the site for the GAR ceremony.

At the end of the day Remembrance Day participants enjoyed the SVR sponsored Civil War Ball held at the Wyndam Hotel.

Each year the SVR donates the proceeds from the Civil War Ball to the Gettysburg National Military Park during the GAR program at the Woolson memorial.

The funds from this year’s Ball will be donated during the Woolson program next year. The donated funds from the Civil War Ball are used by the National Park Service for monument and memorial preservation on the Gettysburg battlefield.

The National Park Service using the money to help maintain both Union and Confederate memorials.