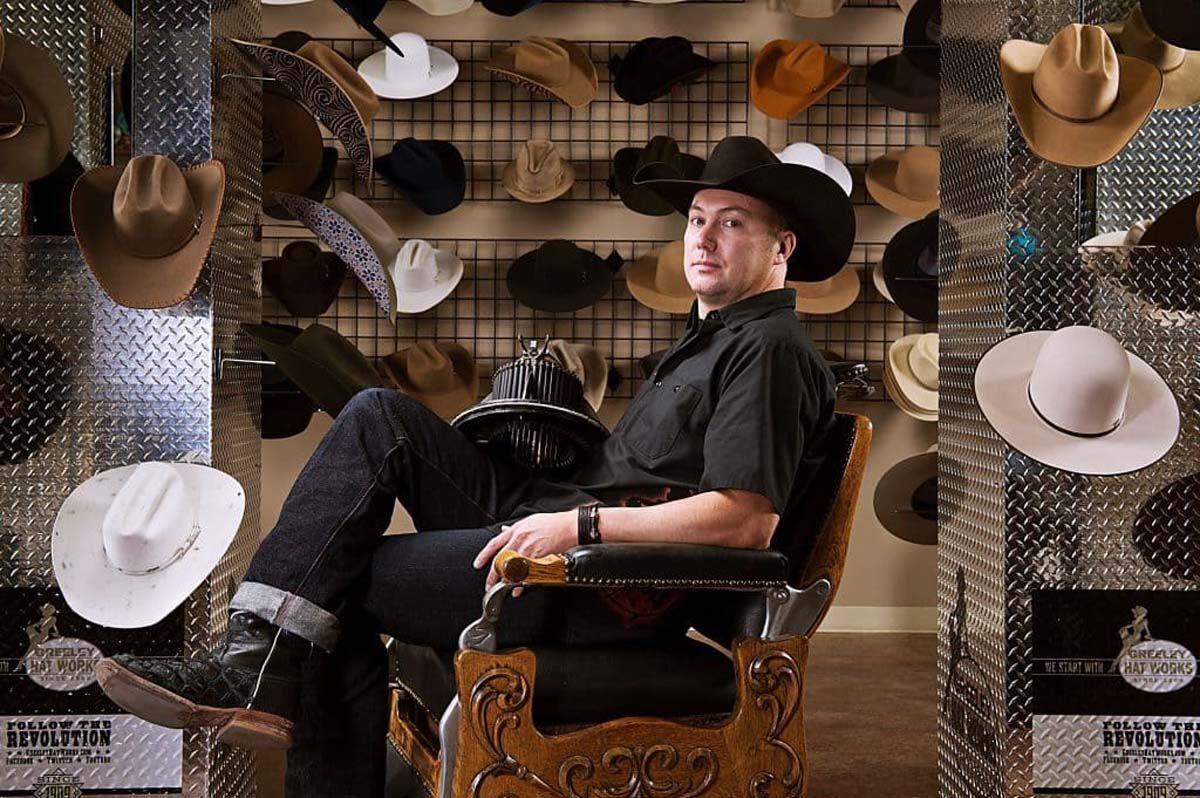 Trent Johnson Surrounded by His Creations 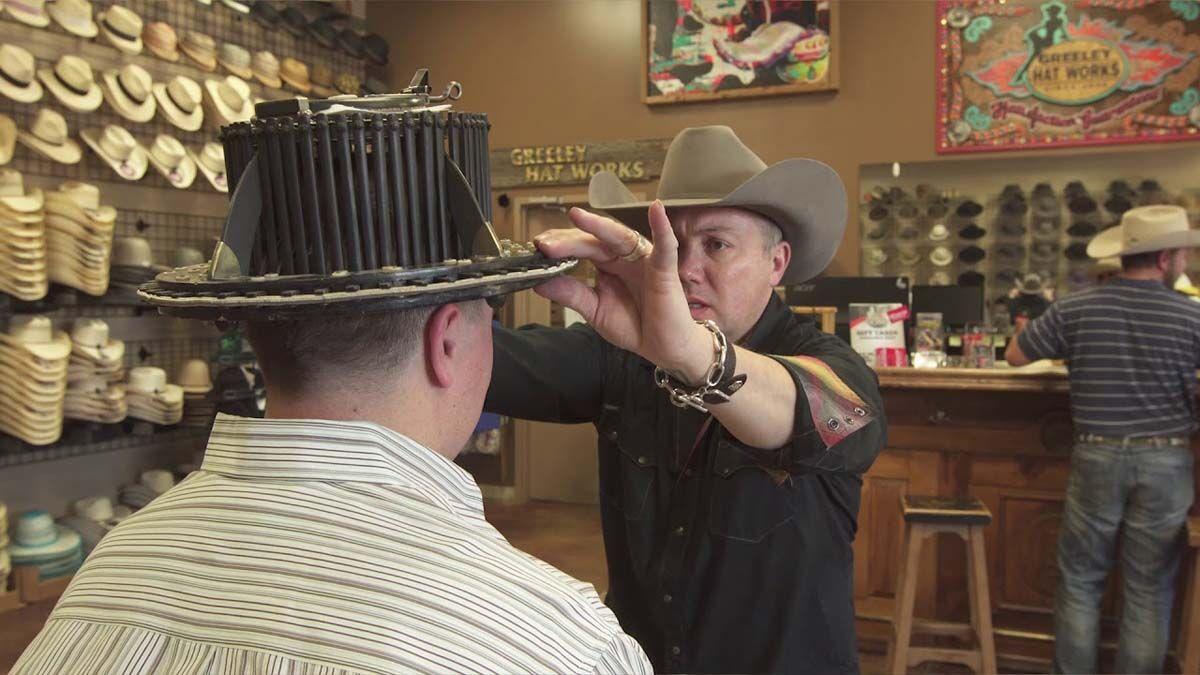 Trent Custom Making a Hat for a Customer

Trent Johnson Surrounded by His Creations

Trent Custom Making a Hat for a Customer

There are those you are driven by passion from an early age. There are those motivated to succeed and are determined to be the best at what they do. So is the story of Trent Johnson and the Greely Hat Company.

Mr. Johnson always had a passion for hats. His very first hat was given to him by his grandfather and from that moment on he was infatuated and mesmerized with them. So began his quest.

Trent began his journey as a young boy starting a lawn mower business. He went to his father and stated that he wanted to borrow the family mower. His father smiled and shook his head. He said that he would rent him the mower for five dollars a lawn. With the ‘rented’ mower Trent began his enterprise.

His business grew and before long he purchased a trailer.

His father allowed him to use his items but began charging mileage along with the ‘rent’ of the mower.

Along the way, Trent began assisting a local busines at a ranch. His first job was cleaning out horse stalls as he learned the trade of being a hat maker.

When he attended college at University of Northern Colorado (UNC), his father charged him ‘rent’ for his room. It was during his college years that he decided to become a hat maker. He worked at the ranch as a hat apprentice and soon decided that this was his life’s calling.

Greely Hat Works was founded in 1909. Through the years the business changed hands several times.

Trent decided to buy it but didn’t have enough money to do so.

He went to his uncle for a loan but still was short.

He then went to his parents and asked to borrow the money.

His father looked at him and shook his head no.

Then he told Trent that why didn’t he use his own money. Trent looked puzzled and said that he didn’t have that kind of money. His dad stated that yes he did and explained to him why. All the years that he had charged his son ‘rent’, he had invested it into the stock market!

As Trent said in the interview, “Those awesome jerk parents suddenly became AWESOME!” I was reminded of the wisdom of Mark Twain when he said, “When I was a boy of 14, my father was so ignorant I could hardly stand to have the old man around. But when I got to be 21, I was astonished at how much the old man had learned in seven years!”

In 1996 (first year of business) he made sixty hats. The next year he created one hundred-twenty hats and was able to pay off his uncles AND gave him two custom made hats. His business continued to growth reaching a point in which his company creates 3,500 to 6,000 yearly. Today Trent travels the world not only selling hats but offering educational lectures regarding his passion.

The Greely Hat Company prides itself on the quality, expertise, and craftsmanship of each hat. Trent is the fourth hat maker to own the business and is driven by his love of hats along with giving each customer his undivided attention to details. His talents, drive, and motivation to create the best hats possible underscore his passion.

His goal of being a ‘respected designer’ along with making a unique connection with his customers has been fulfilled and will continue because, as he stated so well, “I love designing hats and seeing the look on the person’s face when they first place it on their head.” I know Mr. Johnson is genuine because I have purchased a hat and experienced the touch of this humble Master Hat Maker’s hand.

And it will not be my last. Well done my friend.