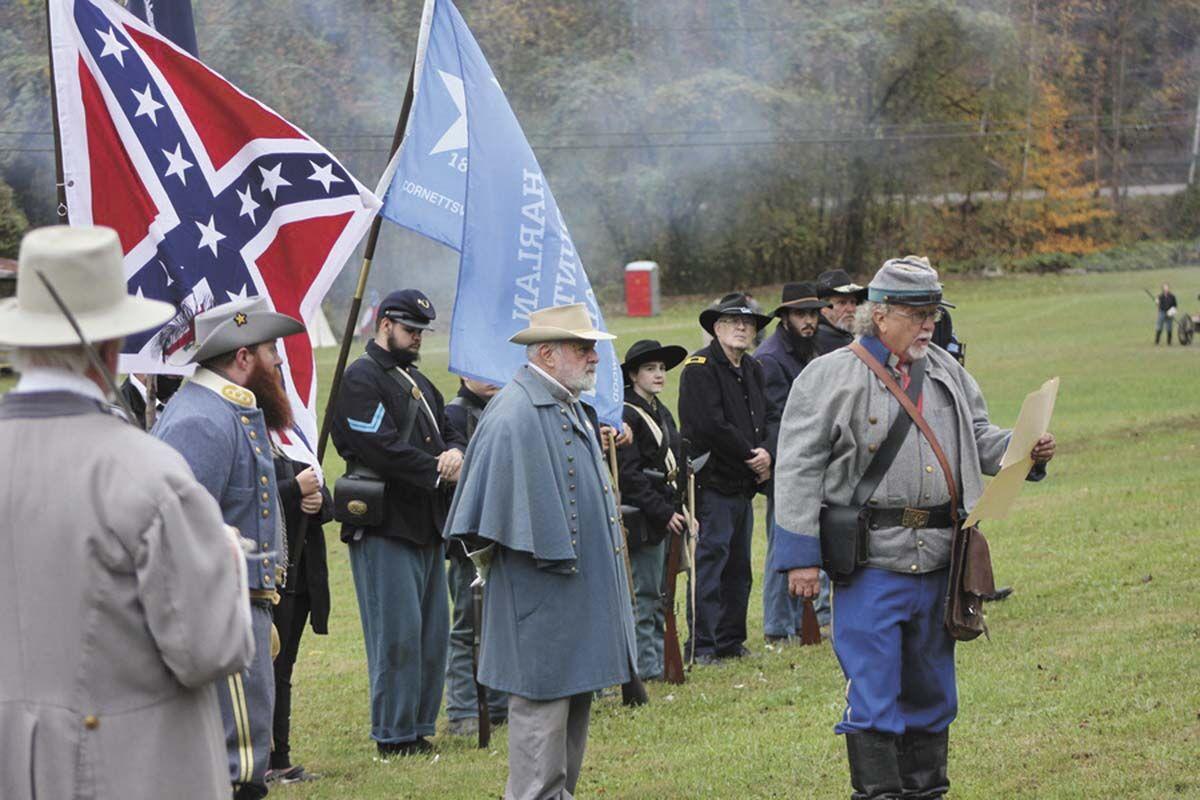 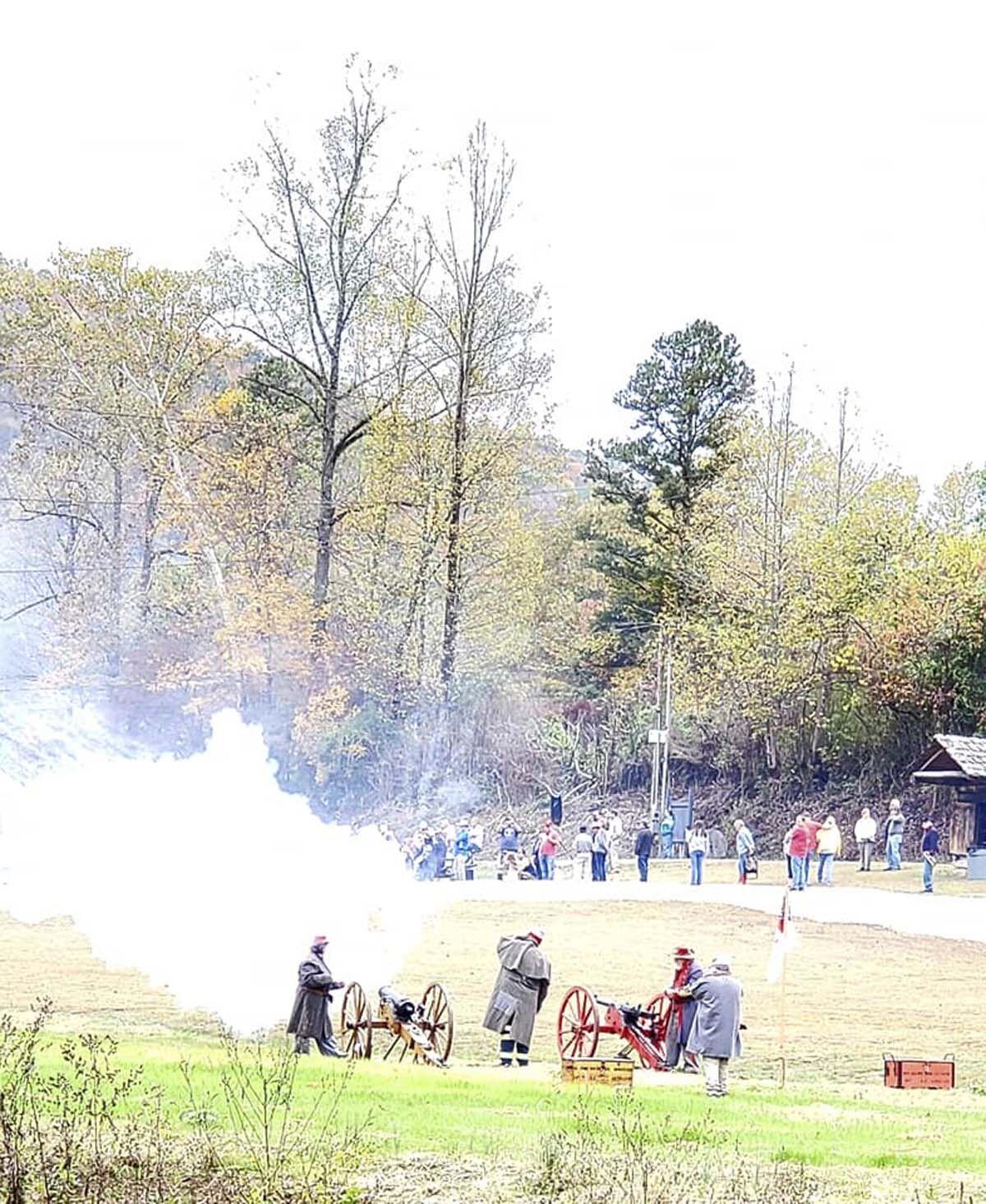 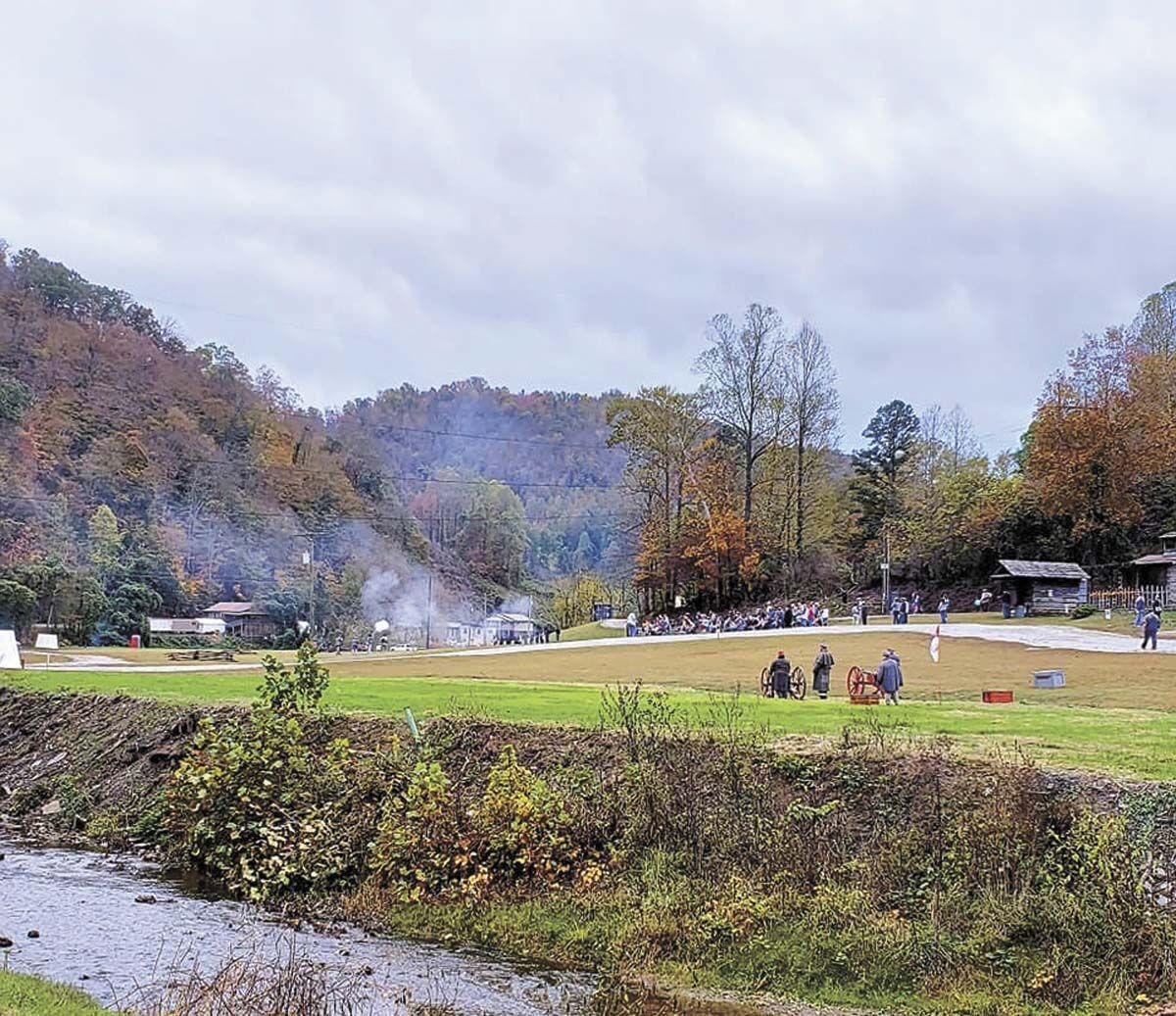 Colonel Caudill’s newly formed Confederate regiment was still enlisting men and now had five companies formed, a force of more than five hundred men. The colonel had received reports that the Harlan Battalion now consisted of more than three hundred men and was growing daily. The colonel and his staff decided that it would require at least four hundred men to successfully attack the Union regiment located at Poor Fork (now the city of Cumberland) in Harlan County. This amount would allow the colonel to leave approximately one hundred men in Whitesburg to guard the regiment’s camp. Without further delay, Colonel Caudill ordered his men to prepare for battle.

On Monday, October 20th, the men of the 10th Kentucky were told to prepare for a three-day trip.

All cartridge boxes were to be filled with ammunition and all haversacks full of provisions, no extra baggage (tents and cooking utensils) was to be carried. The colonel wanted to move quickly and not be hampered with extra provisions or baggage.

He confidently thought they would soon procure all that they needed from their Union counterparts in Harlan County.

By midafternoon, the long, gray column rode out of their camp at Whitesburg and began to travel downstream of the North Fork of the Kentucky River.

The column left the river at the mouth of Cowan Creek and traveled up that creek (running parallel with the north side of Pine Mountain) until crossing over onto the head of Kings Creek.

They traveled a short distance up that creek until crossing over a small mountain range onto Line Fork Creek. Going down the stream, Caudill and his men continued to travel along the north base of Pine Mountain until they reached a gap in the mountain known as Hurricane Gap. Leaving Line Fork Creek, the column traversed the trail that crossed the gap and intersected with the Poor Fork Road, just downstream from the small town of Poor Fork (now Cumberland).

This road was the main travel way from Poor Fork to Mount Pleasant (now the city of Harlan) and followed the Poor Fork of the Cumberland River.

By the time the 10th Kentucky reached the river, the sun had dropped below the mountain range. The darkness of night bothered Colonel Caudill because he preferred to advance on the Union encampment in the daylight. Reluctantly, he ordered the column to halt and camp for the night. The colonel’s thirst for revenge would have to wait for morning.

As the sun began to rise on Tuesday morning, October 21st, the men of the 10th Kentucky were already up and prepared to ride.

Anxious to confront the Yankee soldiers stationed at Poor Fork, Colonel Caudill and his men began their march without the benefit of breakfast. The long gray column had not progressed far when scouts returned with news of the Union encampment. The scouts told Colonel Caudill that enemy pickets were stationed on the road just outside of town. The colonel decided to attack on horseback and push through the pickets without slowing down to fight them.

He ordered a company of men that would bring up the rear to stop and neutralize the Yankee pickets.

He did not want an enemy force on his flank, regardless that it was a small one. The Confederate leader had his men spread out as wide as possible, utilizing the space available leading into town. With his men in position, the colonel prepared to give the order to charge.

Meanwhile, the soldiers of the Harlan Battalion were starting to build up their fires in order to prepare breakfast. Neither the soldiers nor the residents of the sleepy, little town were aware that an attack was eminent. The regiment’s commander, Major Benjamin Blankenship, was conferring with his staff, planning the day’s schedule. Though some of the battalion’s men had fought with other Union regiments, the majority were untrained and undisciplined. Before the unit would be a viable fighting force, much drilling and training would have to be conducted. The good news was that the major was still successfully recruiting men to join the small army. Three of the company’s rosters were already filled and the aspect of more companies being formed looked good. The day for the battalion was starting out with good promise but that was about to change.

With his men in position, Colonel Caudill gave the order to charge. Urging their horses to a gallop, the men of the 10th Kentucky surged toward town. The small force of Union pickets fired a volley at the gray clad mass coming toward them but using wisdom instead of bravado, quickly melted into the surrounding forest. The shots helped tremendously though, as it alerted the Union garrison in town that they were about to be attacked. This notice gave the Yanks enough time to grab their rifles and face the oncoming danger.

The Yankee shots did not slow the hard charging Rebels down as they continued galloping toward town. As the attacking Confederates reached the outskirts of town, Union soldiers managed to fire ragged volleys into the horde. Fortunately for the Union defenders, the access to town narrowed down considerably due to the river and steep hillsides. This created a bottleneck, preventing the attacking Rebel force from overwhelming the Yanks immediately. Major Blankenship and his officers tried to rally their men but without success. Most of the untrained soldiers scrambled into the nearby mountains, fleeing the town and the attack. There were pockets of resistance from some of the veteran soldiers but they too began running into the mountains, realizing the Confederates were overwhelming the town. In danger of being captured as well, Major Blankenship and his staff ingloriously fled into the dense underbrush of the adjacent hillsides. Within minutes, the battle was over.

The victorious Rebel horsemen were cheering throughout the abandoned camp and town, with several firing parting shots into the woods to encourage the Yanks to keep running. The attack had been a complete success, only a few of the Rebels had been wounded. Most of these wounds were minor with conflicting reports on whether there were any fatalities. Union reports stated that three Confederates were killed but no mention of killed in action are found in records of the 10th Kentucky.

As for the Harlan Battalion, casualties were also low. Several men of the regiment were wounded but no record states if any fatalities occurred. It was considered a miracle that the whole regiment had not been captured. The bottleneck at the edge of town was given credit for preventing the total destruction of Blankenship’s army. If the Rebel horsemen had been able to enter the town in mass, the Union battalion probably would not been able to flee into the nearby mountains. Regardless, Major Blankenship and the Harlan Battalion survived to fight another day, proving to be a thorn in the side of the Confederate army for several more months.

Colonel Caudill allowed his men to pillage the abandoned camp. To the colonel’s delight, all of the baggage taken by the Union soldiers two days before at the fight on Leatherwood Creek was recovered. In addition, the Union quartermaster’s supply building was full of military equipment that the 10th Kentucky desperately needed (Major Blankenship’s official report states that $3,000 worth of supplies were captured).

Caudill and his men stayed in the Poor Fork area until October 24th. During the three-day stay, the regiment was constantly harassed by random shots fired at them from the surrounding woods. A combination of this harassment and the approach of bad weather convinced the colonel to return to Whitesburg (a large snowstorm struck on October 25th, depositing several inches of snow).

The raid had been a great success; the colonel had gotten his revenge; the Harlan Battalion was shown that it could not operate with a free hand in southeast Kentucky and the 10th Kentucky obtained much needed equipment. The only disappointment had been the regiment’s failure to totally destroy the Harlan Battalion. This meant that the two adversaries would confront each other in future fights.